Dallas police said they found Muhlaysia Booker, 23, dead of an apparent gunshot wound in the 7200 block of Valley Glen Drive around 6:40 a.m. Saturday. 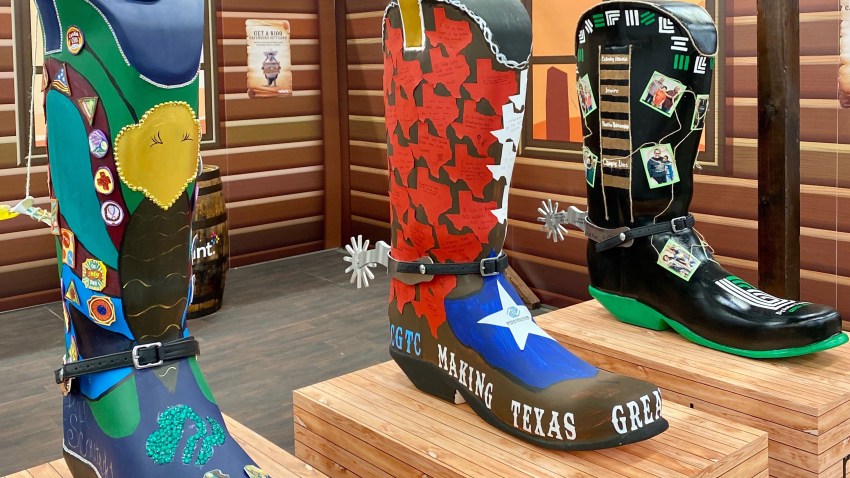 Police said they had not made any arrests in connection to Booker's death and said Sunday they do not believe there is a connection with the April assault.

"I still haven't been able to grasp it," Muhlaysia's father Pierre Booker said.

Little has made sense to him since he got a knock on his door from police on Sunday.

Booker said he thought detectives were there to update him on the beating investigation.

"Yeah, that's what I thought they was talking about, the previous case," he said. "I didn't think about nothing that my kid was dead. I was like, 'My child dead?!'"

Muhlaysia Booker said she had been healing and was ready to move on after the traumatic event.

"I'm already seeing when they hit my kid with bricks and then to find out my kid got killed with a bullet? I'm flabbergasted," Pierre Booker said.

Booker was assaulted in the parking lot of Royal Crest Apartments, in the 3500 block of Wilhurt Avenue, on April 12. The assault was captured on video and shared on social media. Dallas police flagged it as a possible hate crime.

Police said Booker told them that she got into a minor car crash and afterward was assaulted by several people.

Police arrested 29-year-old Edward Thomas on April 14 in connection to the assault. An arrest warrant released the day after Thomas' arrest said that after the minor car crash, several people, including Thomas, crowded around Booker and the driver of the second vehicle.

Thomas is accused of repeatedly punching Booker while calling her derogatory names, according to the arrest warrant.

"This case is certainly disturbing," Dallas police Lt. Vincent Weddington, commander of the crimes against persons unit, said after Thomas' arrest. "The video shocks the conscience of anyone who looks at this video and it is something that the Dallas Police Department takes seriously."

Thomas later admitted to his role in the beating, but denied calling her derogatory names, according to his arrest affidavit.

The FBI confirmed to NBC 5 after Thomas' arrest that Dallas police contacted the agency to help determine if the case rose to the level of a federal hate crime. The FBI would not confirm if it had opened a formal investigation.

Weddington said Sunday that Thomas was no longer in jail and police did not know where he was. However, there was nothing to connect Thomas to Booker's death, Weddington said.

Booker's murder is not currently being investigated as a hate crime, police said.