The Timberview High School student accused of opening fire inside the school on Wednesday, injuring four people and then fleeing before being taken into custody hours later, was released from the Tarrant County Jail Thursday afternoon.

As part of his bond conditions, Simpkins is on house arrest on a GPS monitor, cannot possess a firearm and cannot have contact with any of the victims.

If convicted, he could face up to 20 years in prison.

Simpkins surrendered to Arlington police, with his attorney, without incident hours after the incident inside the South Arlington high school campus, which belongs in the Mansfield ISD.

Investigators said there was a fight between students in a classroom on the second floor of the school when Simpkins pulled out a gun, Arlington Assistant Police Chief Kevin Kolbye said Wednesday prior to Simpkins' arrest.

A total of four people were hurt, including two students and two adults.

Simpkins’ family and supporters gathered outside the Tarrant County Jail on Thursday morning and began to pray.

Moments later, the 18-year-old emerged from the building wearing a blue cap and T-shirt.

The Timberview High School student accused of opening fire inside the school on Wednesday, injuring four people and then fleeing before being taken into custody hours later, was released from the Tarrant County Jail Thursday afternoon.

NBC 5 asked Simpkins several questions including whether he had anything to say to the victims of the shooting, if he was sorry and if he was bullied.

He shook his head and did not say a word.

His family claims he has been the victim of bullying by more than one person, they say, because Simpkins has nice things and has more than others.

The family claims they reported the incidents to school officials and nothing was done about it.

Simpkins walked out of the probation office after two hours.

A large group, including security personnel, surrounded him as he was rushed into a running car along with his mother and grandmother.

They left without addressing members of the media.

“He is receiving threats and so there’s concerns for his family’s safety as well as his safety, so we request that you all respect their privacy at this time,” said attorney Kim Cole.

Cole and the family are however, asking that the narrative surrounding the ‘tragic’ shooting change.

“There are numerous shootings that have happened across this country, and they’re all tragic,” said Cole. “However, in this situation, this was not someone who was just out to go and shoot up the school and had made up their mind: hey, I’m upset and I’m just going to shoot up anyone I see.”

As of Thursday morning, Arlington police said two of the four people wounded in the shooting remained hospitalized. One 15-year-old boy was listed in critical condition. A 25-year-old man, who responded to the teacher's cry for help and ran into the classroom to help diffuse the situation, was listed Thursday in good condition.

A third person, a teen girl, was treated for minor abrasions and was released from the hospital Wednesday evening, police said. A fourth person, a pregnant woman, was hurt but did not require treatment at a hospital. 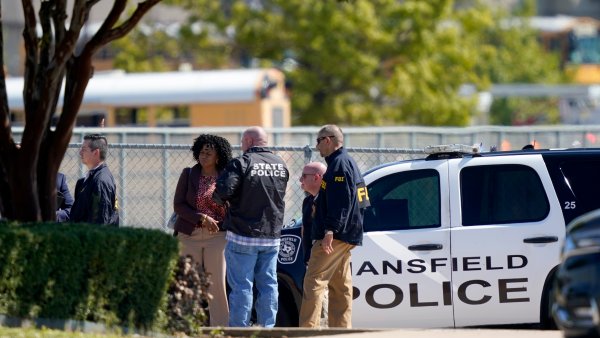 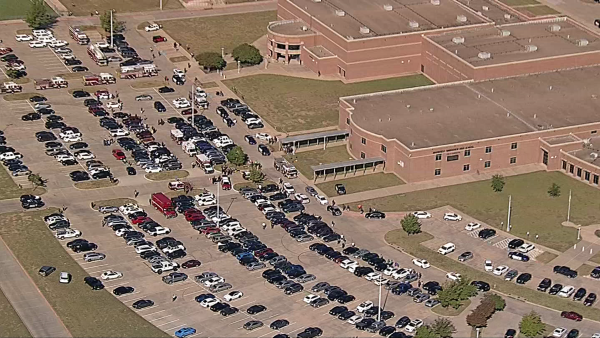 Metal Detectors May Not Be the Answer After Timberview HS Shooting: Expert 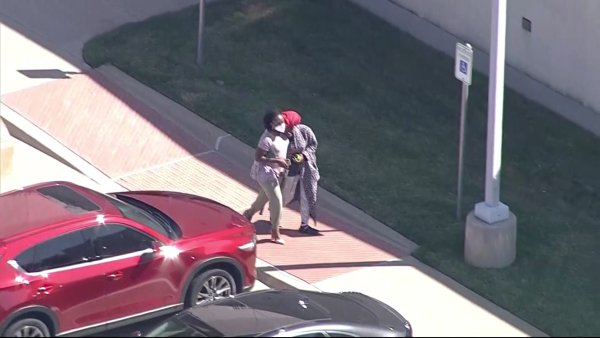 Timberview serves about 1,900 students in the ninth through 12th grades. The sprawling complex opened in 2004.

When asked about whether there are any previous documented allegations brought forward by Simpkins about being bullied, the spokesperson for MISD released the following statement:

A thorough investigation into yesterday’s incident is still ongoing, so specific details cannot be addressed at this time. What we can say is that the safety and security of our students and staff—both physically and social-emotionally--has always been and will remain our number one priority. Every report that we receive of a potential bullying situation is thoroughly investigated and goes through the proper processes in order to assess and determine the appropriate consequence.

The shooting Wednesday happened just days after a shooting at a Houston charter school that injured an administrator. Texas’ deadliest school shooting occurred in May 2018 when a 17-year-old armed with a shotgun and a pistol opened fire at Santa Fe High School near Houston, killing 10 people, most of whom were students.