The Latest from the 144th British Open, being held on the Old Course at St. Andrews (all times local):

12:40 p.m.
Jordan Spieth and Dustin Johnson have carried their memorable duel at Chambers Bay all the way to St. Andrews. Spieth won the U.S. Open for his second major title of the year when Johnson three-putted from 12 feet at the final hole. Johnson insisted before the British Open that he was over that bitter disappointment. Clearly, he wasn't kidding, playing the first 12 holes on the Old Course at 6 under for a share of the lead with Spieth, Charl Schwartzel, Robert Streb and Retief Goosen. Streb and Goosen are in the clubhouse with 66s. Spieth and Johnson are in the same group, leaving them with six holes still to play. Schwartzel is 6 under through the 14th.

12:15 p.m.
Tiger Woods has won two of his British Open titles at the Old Course. At the moment, it doesn't even look like he'll make it to the weekend at the British Open. Woods is enduring another miserable round in a major championship, making the turn Thursday with an ugly 4-over 40 while most players are ripping up the course in prime scoring conditions. Woods plunked his second shot of the day -- a wedge at the inviting first hole -- into the burn that runs in front of the green. That set the tone, as he bogeyed four of the first seven holes. Of the 87 players on the course, 70 are at par or better. Then there's Woods, who is only beating two other players, Kevin Streelman and Rod Pampling. 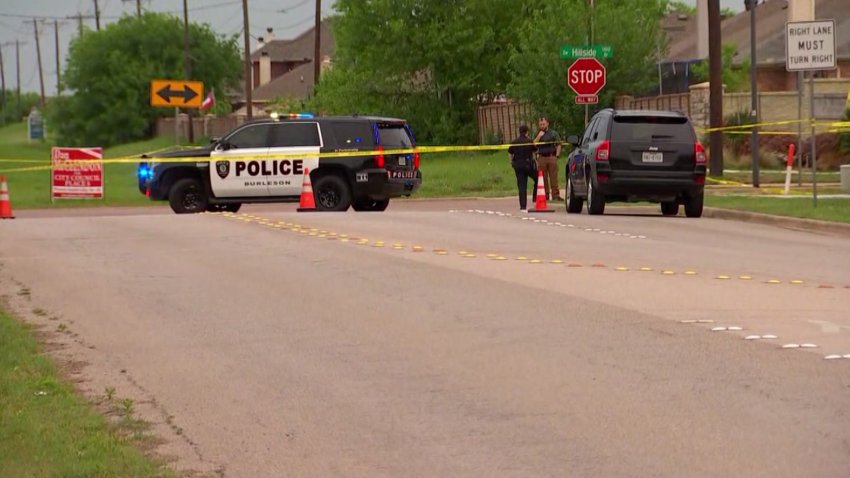 11:55 a.m.
David Lingmerth started the British Open by tying a scoring record on the front nine.
He looked like a totally different player on the back side. The Swedish golfer birdied the first four holes on the way to a 7-under 29 at the turn. That tied the best nine-hole score ever posted during an Open at St. Andrews, matching Tony Jacklin's performance in 1970. On the return leg, Lingmerth couldn't keep it going. Not even close. He bogeyed the 11th, 14th and 15th holes, then took a double-bogey at the 17th after hitting his second shot into the infamous Road Hole bunker. Hitting out with his back to the flag, he wound up three-putting for a 6. Lingmerth finally made another birdie at the 18th, leaving him with a 3-under 69 and three shots off the lead. Robert Streb shot a 66, while Matt Jones and Greg Owen are both two shots back at 68. Amateur Paul Dunne matched Lingmerth with a 69.

11:15 a.m.
Jordan Spieth is showing no signs of letting up after winning the Masters and the U.S. Open.
With his sights firmly on taking another step toward an unprecedented Grand Slam, the 21-year-old Texan birdied four of the first six holes Thursday to quickly claim a spot on the leaderboard.
Spieth is just two shots behind leader Robert Streb, who is 6 under and took over the top spot when David Lingmerth stumbled on the back side. Lingmerth posted a 7-under 29 before the turn, only to bogey three of the next six holes. While Spieth is keeping up his strong play, Tiger Woods is enduring another miserable day. He hit a simple wedge into the burn at the very first hole, leading to bogey. He made another bogey at the second, then got in all sorts of trouble on the way to yet another bogey at the par-5 fifth. At 3 over, it looks as though Woods will again be hard-pressed just to make the cut in a major championship.

10:45 a.m.
After a brilliant front nine, David Lingmerth is struggling on the return leg at St. Andrews.
The Swede birded the first four holes of the British Open and matched the lowest nine-hole score on the Old Course, making the turn Thursday with a 7-under 29. But the par-3 11th produced his first bogey, after he failed to get up-and-down from a pot bunker. An ugly chip at the par-5 14th failed to stay on the green, leading to another bogey. Lingmerth is now tied for the lead at 5 under with American Robert Streb and another Swede, Carl Pettersson. The amateurs are also faring well. Jordan Niebrugge is 4 under, with Paul Dunne and Ollie Schnierderjans another stroke back and inside the top 10.

10:10 a.m.
Tiger Woods is off to another sluggish start at a major championship. Woods made a sloppy bogey at the very first hole of the British Open after dunking a simple wedge into the burn running across the front of the green. He had to take a drop, chipped up near the hole and made the putt for a 5, essentially giving up two shots at an easy hole that produced a plethora of birdies in the early going. For Woods, who has slipped to No. 241 in the world rankings, it's the sixth time in his last eight majors that he's started with a bogey on the first hole. Then there's Jordan Spieth, who already won the first two majors of the year and is trying to become the first player to win the modern version of the Grand Slam. Spieth got off to another strong start, making birdies on the first two holes. David Lingmerth shot 29 on the front side and is the leader at 6 under. American Robert Streb is one stroke back.

9:45 a.m.
Jordan Spieth has picked up where he left off at the U.S. Open.
With his eyes on the Grand Slam, the 21-year-old Texan rolled in an 8-footer birdie at the very first hole of the British Open on Thursday. Spieth already won the first two majors of the year and is trying to become the first modern player to sweep golf's biggest events in a calendar year. He's not the only one going low at the Old Course on a morning with prime scoring conditions. Sweden's David Lingmerth matched the nine-hole St. Andrews scoring record with a 7-under 29 on the front side. The return leg is playing tougher, and Lingmerth made his first bogey of the round at the par-3 11th. He failed to get up-and-down after hitting his tee shot into a pot punker in front of the green.

9:30 a.m.
Sweden's David Lingmerth has matched the nine-hole St. Andrews scoring record with a 7-under 29 in the opening round. On a morning for going low at the British Open, Lingmerth birdied the first four holes Thursday before settling for a par at the par-5 fifth. He added two more birdies at the sixth and seventh holes, then closed the front side with a 15-foot birdie at the ninth.
Lingmerth tied the Open record for the lowest nine-hole score on the Old Course, set by Tony Jacklin in 1970. Denis Durnian still holds the mark for the lowest nine-hole score at any Open, shooting a 28 at Royal Birkdale in 1983.

9:05 a.m.
David Lingmerth is ripping up the Old Course early in the first round of the British Open.
Taking advantage of prime scoring conditions, the 27-year-old Swede birdied the first four holes before finally taking a par at the par-5 fifth. He followed with two more birdies and is approaching the turn at 6 under. If Lingmerth keeps up his strong play, he has a shot at the major scoring record of 63. He's trying to add to his first PGA Tour victory, having won the Memorial back in early June.

7:30 a.m.
It's a morning for going low at the British Open. Irish amateur Paul Dunne birdied the first two holes early Thursday. So did David Lingmerth of Sweden. With temperatures in the mid-50s and little wind to speak of on a cloudy morning along St. Andrews Bay, the early starters should be able to put up some impressive scores. That includes the favorite, Jordan Spieth, who is trying to take another step toward the Grand Slam. Spieth tees off at 9:33 a.m., having already won the Masters and the U.S. Open.

7 a.m.
With all eyes on Jordan Spieth's quest for the Grand Slam, the British Open is underway on a cool, partly cloudy morning at the Old Course. Englishman Greg Owen, playing in the first group, rolled in the first birdie of the tournament at No. 1 early Thursday. He was joined by Australian Rod Pampling and Irish amateur Paul Dunne, who both started with pars. The bigger names will tee off later. Spieth, who already won the Masters and the U.S. Open, is scheduled to tee off at 9:33 a.m. in a group with fellow American Dustin Johnson and Japan's Hideki Matsuyama. Spieth won the second leg of the Grand Slam last month at Chambers Bay, taking the title when Johnson three-putted for 12 feet at the 72nd hole. No player had won the modern version of the Slam, which also includes the PGA Championship. Spieth doesn't have to worry about his chief rival. Defending champion Rory McIlroy is sitting out the British Open after injuring his ankle playing soccer with friends. Tiger Woods is another player who would've been considered a top contender, having won twice at St. Andrews. But he's mired in a terrible slump and has slipped to No. 241 in the world rankings.