All of her life, Juliann Johnson has been walking into gyms giving 100-percent dedication to her sport.

“I’ve been playing for a long time. My body feels older,” Johnson said, while working out at The Bullitt Experience gym near her home in Rowlett.

She started playing volleyball when she was 13-years-old.

“And then the first day of camp, I fell in love with it. So, yeah, hadn’t looked back since,” Johnson said. 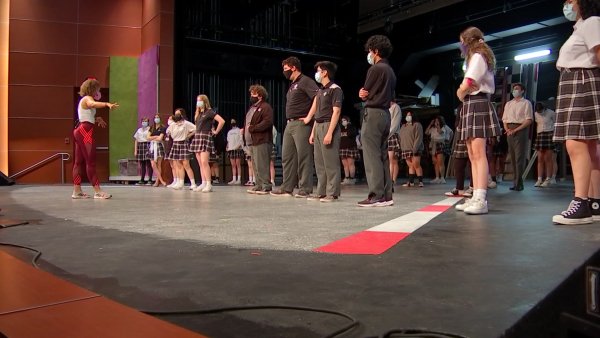 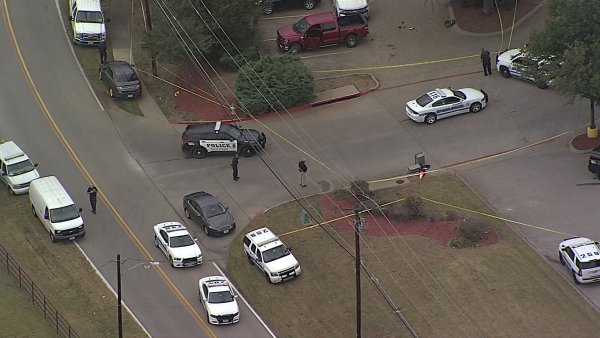 Now 6-feet, 2-inches tall and in her late 20s, she’s the picture of a superior athlete. Her goal is to play for Team USA in the Summer Olympic Games in 2020.

“I’m pretty powerful, so that’s one of my biggest strengths is hitting the ball hard,” Johnson said.

As an outside hitter, it’s her job to score points.

“Volleyball is all about momentum. Whoever has the momentum is usually winning the game,” Johnson said.

But her momentum as an athlete came to a halt after severely injuring her knee while playing professionally overseas.

“When it comes to an injury, you really want to make sure that you’re being taken care of 100-percent and when you don’t understand everything that they’re talking about, that they want to do to your knee, it’s kind of scary,” Johnson said. “Because, you know, when you’re talking about your body, and especially being an athlete, that’s your moneymaker.”

When she returned to the U.S., she went in for a routine meniscus surgery, but came out needing a major operation instead.

“So they told me I would be out for six to eight months and I was like — 'what?' Like, not expecting that at all,” Johnson said.

Her recovery gave her time to re-visit an old passion: music.

She started writing her own lyrics, including, “I’m fearless. Not afraid to fall, get on my knees and crawl, I’m fearless.”

Expressing herself through writing, while continuing to get stronger — working to make a comeback, but knowing her athletic career could be over.

It was a time of possible transition that she expressed in her song, “Fearless.”

She talked about the message behind the song’s lyrics.

“It’s about kind of coming out of your shell, not being afraid of the future, not letting the past define you, and really just going into whatever you’re doing full force,” Johnson said.

During her knee recovery, she wrote a total of seven songs, then worked with a music producer (whom she first met while playing in Italy) to record and release them.

Each song shares a part of her journey through injury and self-doubt to recovery and confidence.

“Kind of, me talking to myself in a way when I was in that period where I felt really down because I was injured to really get out of that and push myself through that and a lot of the lyrics you’ll hear throughout are kind of in that direction,” Johnson said.

Now fully recovered, she’s finding balance in the sport that made her, while entertaining a future in music — knowing that if she works hard enough she can have both.

“I’m definitely stronger for it. I’m the strongest I’ve ever felt in my entire career and I feel like that was a blessing in disguise to kind of push myself,” Johnson said.

Juliann just returned home to North Texas after a successful season playing professionally in Japan for the Kurobe Aqua Fairies. She helped lead the team to a winning season. She will likely return to Japan in the fall to play another season with that team.

Her music has also found international success. Juliann said the first song she recorded (with an Italian DJ) was widely listened to in Italy.

That DJ discovered Juliann after she was asked to sing a Katy Perry song during the halftime of a volleyball game.

They later recorded her debut album, “Complete,” which is now available for download.

This summer, Juliann will be hosting volleyball clinics and camps in DFW.