Michael Davis and Texas Tech are going back to Omaha.

Davis hit the biggest of the Red Raiders' three home runs, a tiebreaking two-run shot that put them ahead to stay, in a 6-2 win over Duke on Monday to send them to the College World Series for the third time in five seasons.

"Just kind of coming out and having fun, taking in every moment," said Davis, a senior shortstop playing at home for the last time. "That final out, that's probably the most enjoyable thing I've got to do since I got here."

The Red Raiders (44-18) led for good after Davis' homer in the fourth made it 3-1 in the deciding game of the best-of-three NCAA super regional.

It was the 12th homer of the season for Davis, the only current position player for the Red Raiders who got in the lineup when they were in Omaha two years ago. He was playing second base then.

Gabe Holt and Brian Klein also homered for Texas Tech, which is 20-0 this season when having multiple homers in a game.

"You never plan on home runs," coach Tim Tadlock said. "Guys got some pitches in the middle of the plate." 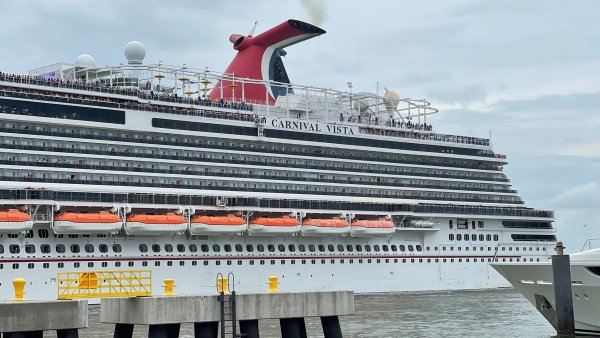 Klein went deep in the seventh to make it 4-2. Holt's solo shot in the third started the scoring, and he added an RBI single in the eighth.

Jimmy Herron had three hits and both RBIs for Duke (45-18), which was in its first super regional. He had an RBI infield single in the fourth, and a run-scoring triple in the sixth.

"This team will be my brothers for life," Herron said. "Just because we're not going to Omaha, none of that changes. We all still had an incredible season, made memories."

Ty Harpenau (7-2) allowed one run while working three innings in relief, striking out three and walking one. Dylan Dusek, the fifth-year senior who has been dealing with a blistered finger and is the only player to be part of all three CWS seasons for Texas Tech, took over with a runner on and no outs in the ninth. He finished for his first save.

Matt Dockman (0-1), the third of six Duke pitchers, gave up hits to the only two batters he faced, including Davis' home run.

Texas Tech has made all of its College World Series appearances in Tadlock's six years.

"Those first two teams were special too," Tadlock said. "What I'm really excited about is, there's a good part of the country that's going to get to see some of these guys play. They deserve that. There's some good players."

The Blue Devils had 10 hits, along with six walks and a hit batter. But they left 14 runners on base, including the bases loaded in the eighth without scoring.

"When you're facing an offense like Texas Tech, you've got to be really good at picking those guys up," Duke coach Chris Pollard said. "None of us, if you know this group of guys, had any thought that we'd lose this ballgame. It's tough to get that close."

Duke has been to the College World Series three times, but the last was 1961. The longest gap between College World Series appearances still belongs to Oregon State, which hadn't been to Omaha since 1952 when the Beavers made it again in 2005 -- 53 years later. ... The Blue Devils were trying to join Rice in 1999 and Florida State in 2008 as the only teams to win six elimination games to make it to Omaha. They won five consecutive elimination games before Monday.

While Dusek has been part of three CWS trips, he hasn't yet appeared in a game at Omaha. Only four current Red Raiders actually played in the 2016 CWS: Davis and a trio of pitchers: Steven Gingery, Davis Martin and Erikson Lanning.

Temperatures were in the upper 90s for the afternoon game in Lubbock, and the turf playing field registered at more than 150 degrees.