Oceans choked with discarded plastics. Beached whales found with hundreds of pieces of plastics in their stomachs. Soil contaminated by tiny fragments of plastics.

The Houston Chronicle reports as environmentalists, corporations and the public increasingly focus on the mass of plastics discarded every day, they are running into a stubborn problem that has yet to be solved. The recycling market continues to sputter, most recently from weak demand and low prices. Waste Management, the Houston trash collection and disposal company, expects its earnings from recycling to shrink by about $100 million last year compared to 2017.

A robust recycling market is critical not only to reducing plastics in the environment -- a key focus now as coffee shops ban plastic straws and consumers bring reusable bags to supermarkets -- but also to the Gulf Coast's booming petrochemical industry, to which growing concerns about plastic waste pose a threat to its business. 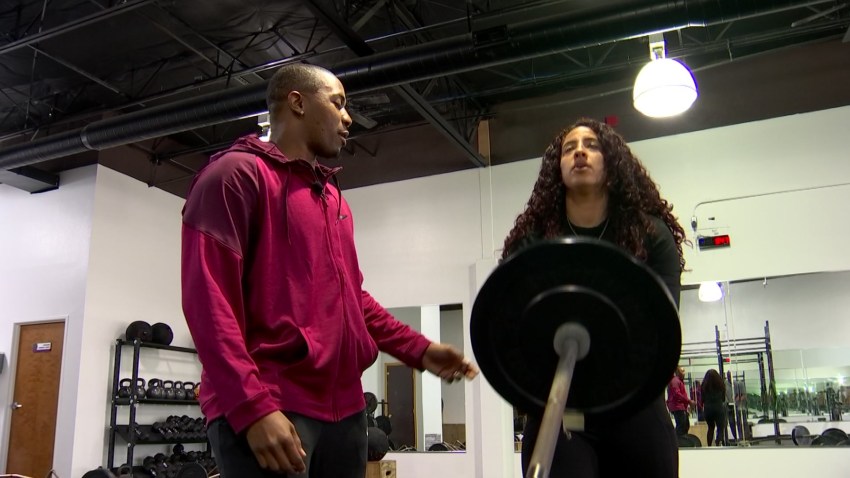 "Bans (on plastic products) that are being announced, and not just in the U.S. but around the world, are proliferating," said Nick Vafiadis, vice president of plastics for IHS Markit. "They're not going away. This is a real fact of life for the industry now."

Americans are recycling more than ever -- some 35 percent of consumer trash was recycled or composted in 2015, according to the most recent government data -- and scrap recycling, which includes used appliances, manufacturing leftovers and some items from curbside bins, was a $117 billion industry in 2017. But big price swings continue to challenge the industry. The price of mixed scrap paper, for example, has plummeted from $75 a ton in 2017 to basically zero, said Joe Pickard, chief economist at the Institute of Scrap Recycling Industries, a trade group.

Much of the plunge is due to China, once the world's biggest importer of recyclable materials. China has stopped accepting a variety of mixed paper and plastic scrap, citing efforts to clean up the environment, and plans to add other scrap products to its banned import list.

Recyclable products that China didn't ban have stricter rules regarding contamination. The amount of trash accidentally mixed in with most recycled products can't exceed a half-percent. For comparison, trash makes up 25 percent of what arrives at Waste Management's facilities that sort and bale recyclables. That's 500 pounds of contaminants for every ton of recyclables.

"All the other paper mills that we deal with took that same message back to us saying, `Hey, we need better quality materials,"' said Brent Bell, vice president of recycling for Waste Management.

Reducing contamination is largely considered the starting point for creating a more stable U.S. recycling market. And that means teaching consumers what they can and cannot put in recycling bins.

For example, a triangle with a number on the bottom of a plastic container does not automatically mean it's recyclable. Nos. 1, 2 and 5 are widely accepted in recycling programs across the country. Garden hoses and plastic bags, which can get tangled in sorting equipment, are always prohibited. Food-stained cardboard boxes are considered contamination, too.

"If our customers are saying, `Hey, how can I help out the economics of my current program?' The No. 1 thing they can do is get the contamination rate down lower," Bell said.

Waste Management is investing in machinery to better reduce contamination. Optical sorters, for instance, can identify a specific material and then use gusts of air to separate that material from the pack.

In Houston, FCC Environmental Services, a Spanish company with U.S. headquarters in The Woodlands, will take over the city's recycling contract in 2019. Better sorting equipment and a $25 million facility slated to open in March were key in winning the Houston contract.

For instance, if soda cans arrive in a plastic bag -- which shouldn't happen in curbside pickup, but does -- the machinery will open the bag and empty its contents. In older facilities, that bag could end up in the landfill.

FCC Environmental also will have optical sorting equipment that addresses the "Amazon effect," caused by customers receiving small cardboard boxes and not flattening them before recycling. Older machines may not recognize the 3D item as cardboard, instead discarding the box as trash.

"If you invest in new technology, you can be more efficient and you can be more competitive because the percentage of the material that you're recovering is higher," said Inigo Sanz, CEO of the U.S. business. "The quality of this material is also higher."

Once the sorting process is improved, the materials will need more places to go.

Large household brands are helping create these markets. PepsiCo, for instance, announced in October that it's seeking to use 25 percent recycled content in its plastic packaging by 2025. This goal builds upon previously announced goals such as designing 100 percent of its packaging to be recyclable, compostable or biodegradable.

Such policies pressure suppliers to incorporate recycled materials if they want to keep or win that company's business. But more brands need to take similar steps if the United States is to find uses for all the materials recycled by neighborhoods, job sites and businesses.

"There is a lot of supply and there's not a lot of demand for the material," said Bell of Waste Management. "We've got to make sure the materials that people intend to recycle every day, that we've got a demand for that."

The demand for plastic pellets made from recycled materials already is robust, said Robin Waters, director of plastics planning and analysis for the research firm IHS Markit. But equipment for collecting and sorting waste needs extensive upgrades to provide the high-quality used plastic fit for making plastic resins.

Other countries are addressing this, in part, with a policy called Extended Producer Responsibility. This policy requires companies creating consumer products to pay fees for the plastic products and packaging they produce. The money collected from companies goes toward things such as upgrading recycling equipment and processing plants.

Meanwhile, several Chinese companies, seeking more control over supply chains following import restrictions, are opening recycling facilities in the United States, which could boost domestic demand for recyclables. These facilities will turn curbside pickup into plastic pellets and recycled pulp to be sent to China as manufacturing feedstock.

"The next year or so will be challenging for recycling in the United States," said David Biderman, executive director of Solid Waste Association of North America, an organization of industry professionals, "but I do believe that we are seeing changes that are occurring that make me more optimistic about the future of recycling."

Scientists, researchers and chemical makers are rethinking plastics recycling. Today, the most common form is cutting up a plastic product, melting it and then reshaping it into something new. But this creates a product less durable than new plastic.

One particularly promising alternative is chemical recycling. This turns plastic back into its building-block molecules, which can be recombined into new plastics without degrading properties as melting does.

Megan Robertson, an associate professor in chemical and biomolecular engineering at the University of Houston, and her team of researchers are using chemical recycling to break down plastic materials that traditionally can't be recycled. They're investigating breaking such plastics into smaller molecules that might be used to make new plastic products or even composted.

"What's needed are big technological innovations that can address these challenges," Robertson said.

In addition to chemical recycling, Jeannette Garcia, a chemist at IBM Research, is looking at turning commonly recycled plastic into high-performing plastic. Garcia, for example, has successfully turned CDs into engineering thermoplastic that could be used for medical equipment.

Other researchers are examining plastics that would decompose in the ocean, said Marc Hillmyer, director of the Center for Sustainable Polymers at the University of Minnesota.

"Plastics do have liabilities that come along with them and we have to address those," he said. "I think companies that take a longer term vision on that will be more successful."

Chemical companies already are investing in new recycling technologies. The British oil major BP, for instance, will purchase products such as diesel fuel from RES Polyflow, an Ohio company that turns mixed plastic into a crude-like oil.

The Woodlands company AmSty manufactures the polymer used to make expanded polystyrene, known commercially as Styrofoam. It is working with Agilyx, an Oregon firm that converts used polystyrene into a liquid form that can be used to make fresh polystyrene products.

"We don't have to ban these products," said Kim Holmes, vice president of sustainability for the Plastics Industry Association, a trade group. "We need to create meaningful recovery opportunities, and this is a direct example of how industry is involved in doing that."