Leaving behind Washington and the impeachment probe, President Donald Trump traveled to Texas on Wednesday to tour a manufacturing plant that produces the latest generation of Apple's Mac Pro computer. Trump was seeking to highlight job growth in a state crucial for Republicans in 2020, both in terms of money and votes.

Trump's visit follows Apple's announcement in September that it would continue manufacturing the Mac Pro in Austin -- a move that came once the Trump administration agreed to waive tariffs on certain computer parts made in China.

As he left Washington, Trump called it a "fantastic facility" and said he'd been pushing Apple CEO Tim Cook since before he was elected to locate facilities in the U.S.

Cook, for his part, had pitched Trump on the problem that higher tariffs would pose for Apple, particularly its iPhones. Trump said following an August meeting that "It's tough for Apple to pay tariffs if they're competing with a very good company that's not." 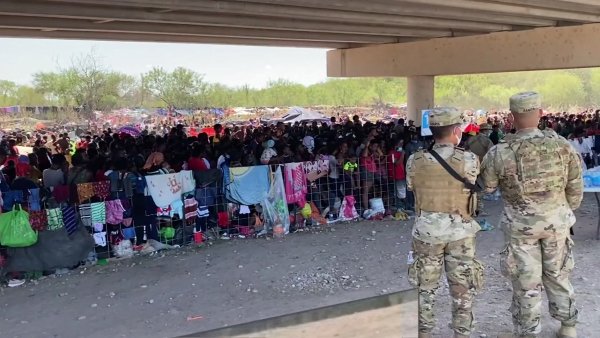 Cook was to join the tour. The two leaders appear to have frank discussions despite their differences on policies such as immigration and climate change. Trump told reporters last summer: "The reason I speak to Tim Cook: He's the one that calls me. The other ones don't call. They go out and hire -- for millions of dollars -- consultants that have less power than you do."

Still, not all manufacturers are thriving under the president's tariff policies. Twelve of 18 manufacturing industries contracted in October, led by primary metals, clothing and textile mills.

The tariff war between China and the U.S. has prompted some manufacturers to delay purchases and investment. The two countries have been working on a "Phase 1" deal that was announced Oct. 12 but still isn't final.

Meanwhile, U.S. tariffs are set to take effect Dec. 15 on an additional $160 billion in Chinese products -- a move that would extend sanctions to a wide range of consumer goods, including clothes, toys and iPhones and would likely be felt by many American shoppers.

Apple is deeply rooted in Austin, where it has built its second largest campus outside its Cupertino, California, headquarters. The company says about 6,000 of its employees currently work in Austin and it has plans to create another 5,000 jobs as part of a $1 billion expansion announced last year. The Mac Pro assembly plant is run by Flex Ltd.