SpaceX has extended its buyout offer deadline to Boca Chica Village homeowners in South Texas and agreed to reappraise the properties after complaints that the original appraisals were too low.

Last month, the Hawthorne, California-based rocket company sent property owners a letter dated Sept. 12, offering them three times the value of their homes based on appraisals SpaceX had commissioned.

The Brownsville Herald reports the deadline for accepting the offer was two weeks from the date of the letter and the offer was non-negotiable. 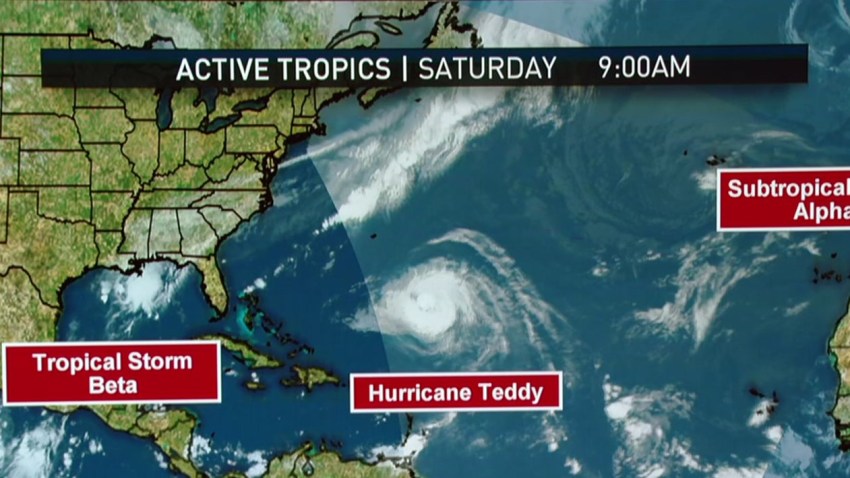 SpaceX said it wants to buy the sites due to a greater-than-anticipated disruption to residents and property owners as development of the company's Mars rocket, Starship, gains steam.

Boca Chica Village resident and owners Terry and Bonnie Heaton, interviewed by the Herald last month, said SpaceX's appraisal on their property was several thousand dollars lower than an appraisal by their own bank five years before. Real estate transactions include appraisals partly based on sales of comparable nearby properties.

Heaton neighbor Celia Johnson said SpaceX's original appraisals skewed low, based as they were on the company's prior purchases of properties in the unincorporated community 23 miles east of Brownsville for less than market value. SpaceX, via Dogleg Park LLC, has bought several properties in the neighborhood, according to the Cameron County Appraisal District.

New appraisals were set to begin Oct. 7, with a new buyout offer deadline of this Thursday, Oct. 17. Terry Heaton said earlier this month that he'd been busy sprucing up properties at the request of some of the village's out-of-town owners.

"Some of them hadn't been in their houses for quite a while," he said.

SpaceX founder and CEO Elon Musk, during a Sept. 28 presentation at SpaceX's Boca Chica facility, touched on the impact of Starship development program on village residents, several of whom attended the event at SpaceX's invitation.

While much of the talk centered on technical aspects of the program, in response to a reporter's question about securing Federal Aviation Administration permission for rocket launches, Musk said the FAA "asks good questions and wants to make sure things are safe, as do we, so we're going to make sure the risk to the public is vanishingly small, almost nothing basically."

Cameron County warned residents to evacuate, or at least be outside their homes, during the flight of SpaceX's Starhopper test vehicle on Aug. 27, in case of an "overpressure event" that could cause windows to blow in. No windows were broken, though it was a taste of things to come.

SpaceX's 165-foot-tall, three-engine Starship Mk1 prototype, built at Boca Chica over the last four or five months and lit by spotlights as a backdrop during Musk's presentation, may fly as early as this month. Cameron County has issued closure notices for noon to 8 p.m. on Oct. 23-25 for Boca Chica Beach and S.H. 4 near the launch site, with Oct. 23 the primary date and Oct. 24-25 alternate dates.

Musk said construction of a third Starship prototype, Mk3, will start soon at Boca Chica. Construction is nearly complete on the second prototype, Mk2, near Cape Canaveral, Florida. Mk 4 will also be built in Florida.

"The priority is to build at least two Starships at each site, at Boca and the Cape, and then start building the booster," he said.

While the Mk3 and Mk4 will be fitted with six engines, the "Super Heavy" booster needed to get Starship into orbit will accommodate up to 37 engines. The Starship and Super Heavy together would stand 387 feet tall. An animated video by SpaceX, shown during the presentation, shows the enormous rocket blasting off from Boca Chica.

The Heatons, no fans of the changes SpaceX has wrought in their corner of paradise, nonetheless went to hear Musk speak.

"I was impressed, to be truthful," Terry Heaton said. "It was a good presentation and we learned a little bit and all that."

Heaton said he knows the disruptions will get worse, and that he and his wife will have to get out when the big ones launch. If they have to sell, they want a good price for the house they've lived in for 18 years -- especially in a place as utterly unique as Boca Chica, Heaton said.

"There's no way to recreate what we've got," he said. "That's why everybody is hanging tight. If they want to kick us out they're just going to have to pay for it. We've got something nobody is ever going to have again in the rest of the world."

Musk met with seven villagers following the presentation, though others -- the Heatons included -- gave up waiting for him to show.

Cheryl Stevens, who owns a house down the street from the Heatons, did stick around. The meeting was "sort of testy" at first, as the owners confronted Musk with their concerns after waiting a long time, though the mood eventually lightened, she said.

"We all had things we wanted to say," Stevens said. "He was good about listening to what we said, then referring to what we said. ... I left there feeling OK. Overall it was fairly cordial, just testy at the beginning. At least we felt like we were heard."

At the same time, she said, "I'm not interested in giving my house away."

Stevens, who lists the house on Airbnb when she's not living there "like a gypsy," made it clear that it's not merely brick-and-mortar, rental income and a potential retirement home she's being asked to hand over, it's also the irreplaceable setting of Boca Chica.

Not only residents and owners but anyone who values Boca Chica is losing something because of SpaceX, she said.

"There's really no place like it," Stevens said. "It's really going to be impossible to replace."

With that in mind, the buyout offers should be a bit more than fair, she said.

"Not just a reasonable offer but actually on the generous side," Stevens said. "This isn't about making a buck. This is acknowledging what we're giving up."