Out of millions of votes cast in Dallas, Tarrant, Collin, and Harris counties, only 17 deceased votes and 60 duplicate votes were found, the latter of which is still under investigation

The Office of Texas Secretary of State announced in September it launched a “forensic audit” of the 2020 election in Dallas, Harris, Tarrant, and Collin counties. Dallas and Harris are two of the state's largest Democratic counties while Tarrant and Collin are typically two of the largest Republican counties, though in the 2020 election Joe Biden narrowly won Tarrant County over incumbent Donald Trump.

The September announcement of the audit came a day after Trump suggested Abbott, a close Republican ally, order the audit. The Texas Secretary of State’s Office did not specify then what prompted the announcement.

The office of John Scott, who was appointed Texas Secretary of State in October 2021, said Friday 3,885,875 votes were cast in the November 2020 election in Dallas, Tarrant, Collin, and Harris counties and that those nearly 4 million votes represent approximately 35% of the roughly 11.3 million votes cast statewide.

The preliminary report found that out of those nearly 4 million votes in those four counties, there were 17 deceased voters and 60 cross-state duplicate votes. The report also confirmed that the counties were removing deceased voters from voter rolls as expected.

Regarding non-citizens being registered to vote, the secretary's office said there are a number of investigations to complete and that the final findings will be verified during Phase 2 of the audit.

In a review of each county's partial manual count report required under Texas law, three of the four counties reported discrepancies between ballots counted electronically versus those counted by hand. The reported reasons for these discrepancies are included in the report and will be re-examined, investigated, and verified during Phase 2 of the full forensic audit, Scott's office said in a statement.

The Secretary of State's Office said each of the four counties has dedicated at least $136,000 to enhance their respective election security postures over the past two years - including both cybersecurity and physical security of election equipment. This includes funds provided through Help America Vote Act (HAVA) Election Security allocation to the State of Texas, as well as local matching county funds.

Texas is one of several Republican-led states that have pushed through new voting restrictions in the name of election security since the party lost the White House. The effort, which led to new restrictions in Georgia, Florida, Arizona and elsewhere, was spurred in part by former President Donald Trump’s false claims that the election was stolen from him. 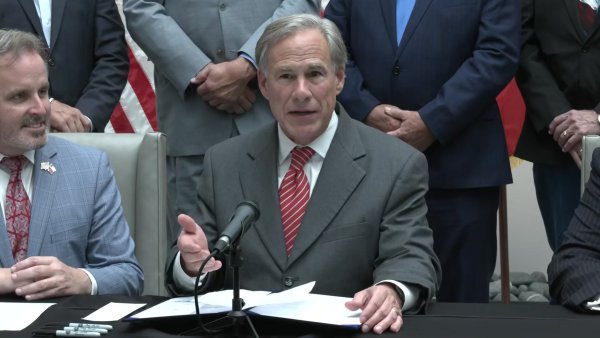 While opponents of Texas' new voting laws said they were veiled voter suppression and made it harder for people to get assistance at the polls or to vote by mail, Texas Gov. Greg Abbott (R) refuted those claims and said the laws made it easier to vote and harder to cheat.

To the extent any information was not made available to the Texas Secretary of State's office before the publication of this report, the SOS office will endeavor to include any outstanding data figures in the final forensic audit report released after the completion of Phase 2.