Passed Senate bills will languish, die without a quorum in the Texas House

While House Democrats continue their walkout in Washington, D.C., the Texas Senate has continued working to pass bills that are part of Gov. Greg Abbott's special session agenda.

On Tuesday, the Senate passed SB1, a bill supporters say is designed to enhance election integrity that opponents say is veiled voter suppression. Senators sent the bill to the House where it will sit until either the quorum is reinstated or the current special session expires on Aug. 6. 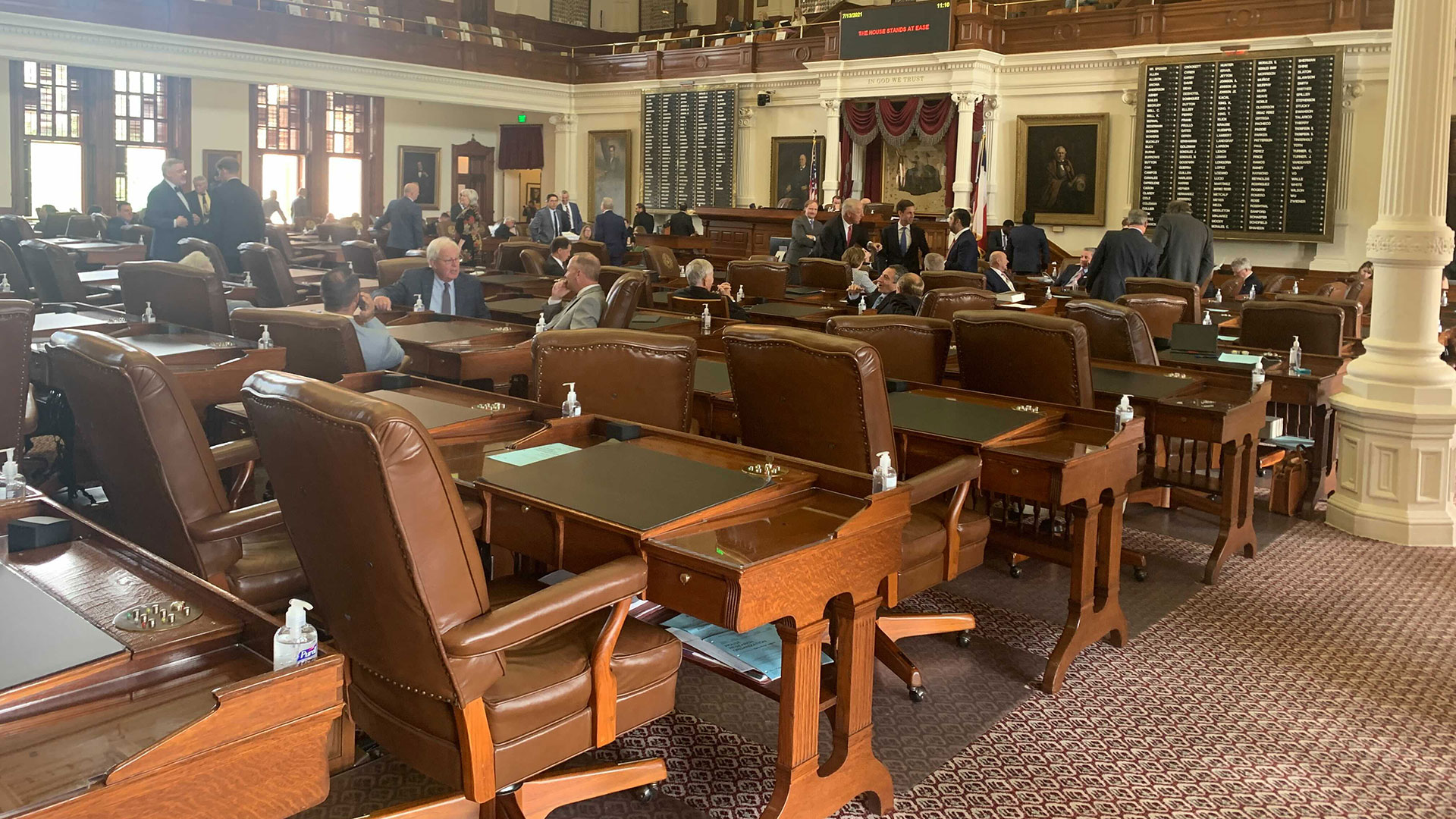 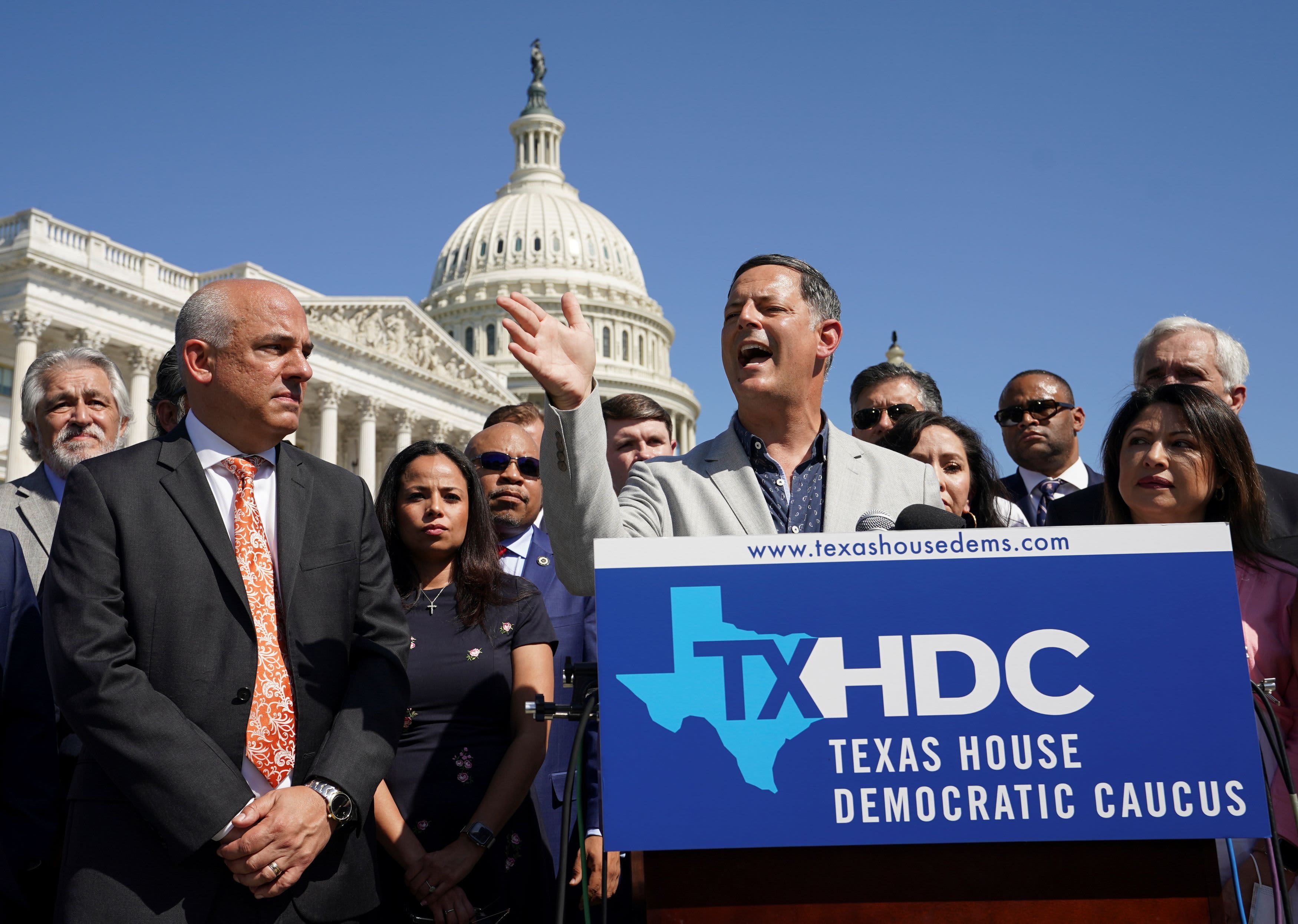 That same day, the Senate also passed SB6, which has to do with bail reform, and SB7, the one-time annuity payment for retired Texas teachers that is also known as the "13th check." The latter passed the Senate by a vote of 22-0.

On Wednesday, the Senate continued moving through the governor's special session agenda and passed SB8 and SB12, both related to property tax. When the bills moved out of committee, State Sen. Paul Bettencourt (R-Houston) said in a statement that the legislation "will provide much-needed relief to homeowners for first-year homestead exemptions and those over 65 or disabled" and that "SB8 will address a longstanding issue in Texas that prohibits homeowners from tax savings in their first year of home ownership."

No further action can be taken on any of the bills passed by the Texas Senate until a quorum is restored in the House. According to Texas Democrats, that won't happen anytime soon as they plan to stay out of the state through the duration of the 30-day special session.

Abbott, who can call as many 30-day special sessions as he likes, said the absent legislators will be arrested whenever they return to Texas and then brought back to the state Capitol to be cabined and resume work on his agenda.

Though the bills may die without a quorum in the House, Lt. Gov. Dan Patrick (R) said late Tuesday that he was proud of the work done by the Texas Senate to get SB1 passed and that the Senate will continue passing it over and over again until it can be taken up in the House.

Patrick added SB1, "is about ensuring that every Texan trusts the outcome of every election in Texas," and that it, "increases transparency and ensures the voting rules are the same in every county across the state."

In a statement Tuesday night, Patrick's office said SB1, "will require that signatures on mail-in ballots are verified so we know that ballots cast by mail belong to the people they say they belong to," and that the bill expands early voting hours and ensures, "any election machine or counting machine from being connected to the internet, making hacking impossible." Patrick said SB1 also, "will allow Texans to watch votes being counted on election night as larger counties will be required to live stream the voting tabulation process."

Not mentioned by Patrick, SB1 also bans drive-thru and 24-hour voting options, which were used in Harris County in the November 2020 election, and allows partisan poll watchers more access at voting locations. SB1 also forbids county election officials from sending out unsolicited applications for mail-in ballots and requires anyone driving three or more people to a voting location at the same time to fill out paperwork provided by the election officer, though there are exceptions for those who drive immediate family members to polling places.

PDF: Read SB 1 Here as Passed by the Texas Senate

Democrats, meanwhile, are in the nation's capital pushing for federal voting laws that would trump the state's laws, but Patrick is confident most Texans don't want consistent voting laws nationwide.

"Instead of doing their jobs, they are pushing Congress to pass a federal election bill Texans don’t want. According to a Texas Association of Business poll conducted in April, 65% of Texans ‘do not believe election law should be federalized and do not want U.S. Congress to dictate Texas election law,'" Patrick said.

NBC News reported Texas Democrats said the federal For the People Act, an amended version of which Congressional Republicans filibustered in the U.S. Senate last month, is the only way they can permanently fend off election limits Texas Republicans are advancing at the state level.

More than 150 companies, including PepsiCo, Amazon and Target, threw their support behind updating the Voting Rights Act in a letter released Wednesday.