NASA's held its annual day of remembrance Thursday to honor all its astronauts killed in the line of duty: a total of 17 in three accidents

NASA honored the seven astronauts killed aboard shuttle Columbia 15 years ago, with a special musical tribute Thursday by the son of Israel's first astronaut.

Singer and songwriter Tal Ramon joined a few hundred others at Kennedy Space Center to remember the Columbia crew and other astronauts killed in the line of duty over the decades.

Seven astronauts — including Israeli astronaut Ilan Ramon— died Feb. 1, 2003, when Columbia shattered in the skies over Texas, just minutes before a Florida touchdown. 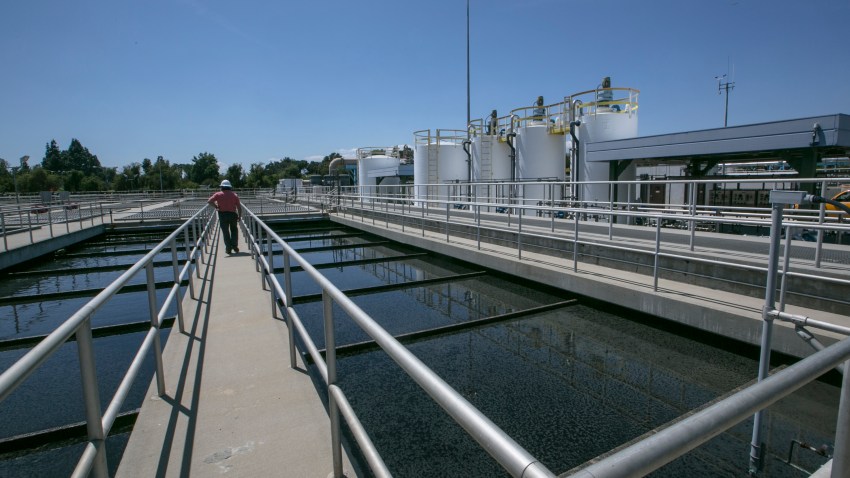 Ramon performed two of his own songs, singing in Hebrew and playing the keyboard. Later, he and relatives of other astronauts killed in action, placed long-stemmed, yellow, orange and pink roses at the Space Mirror Memorial. In all, 24 names are engraved in the large granite monument.

"I'm just so emotional to be here with you," Ramon told the crowd before performing at the first Kennedy memorial he's attended.

It was also difficult for forest ranger Gregory Cohrs, who was among the first on the accident scene in Hemphill, Texas. Cohrs worked for three months scouring the area for shuttle debris and the astronauts' remains. He now serves at Kisatchie National Forest in Louisiana.

"It was really important for us to bring the crew home to their families. So we're really thankful to have been able to do that," he told The Associated Press.

NASA's held its annual day of remembrance Thursday to honor all its astronauts killed in the line of duty. Seventeen died in three accidents: Columbia, the Apollo 1 fire on the launch pad on Jan. 27, 1967, and the shuttle Challenger launch disaster on Jan. 28, 1986. The seven others died in plane crashes during training or other official business.

NASA's acting administrator, Robert Lightfoot, led observances at Arlington National Cemetery near Washington, where several of these astronauts are buried.

At Kennedy, NASA's first female space shuttle commander, Eileen Collins, now retired and board chairman of the Astronauts Memorial Foundation , noted next Wednesday will mark the 60th anniversary of the liftoff of America's first satellite. Explorer 1 launched on Jan. 31, 1958, right as NASA's seven original Mercury astronauts had begun training for their space flights. "They still inspire us today," she said.

Among those attending the Kennedy tribute were family members of four early astronauts killed in plane crashes in the 1960s: Charles Bassett II, Elliot See Jr., Clifton Williams Jr. and Michael Adams, who reached the edge of space in his X-15.

Also on hand were Apollo 11 moonwalker Buzz Aldrin, as well as former shuttle astronauts and launch directors. The son of Columbia pilot Willie McCool — Christopher McCool — was there, too. But it was Ramon who addressed the crowd on behalf of the Columbia families.

He performed the title song from his album "Character" — "Dmut" in Hebrew — which is dedicated to his father and older brother Assaf, a pilot in the Israeli Air Force who died in a jet crash in 2009. His second selection, an instrumental piece, was "Victory."

"Even with big tragedy, we believe that there's such a big victory that we are here today to share their stories," he said.