The temporary order by U.S. District Judge Kathleen Cardone of El Paso is at least a short-term victory for the Biden administration

A federal judge Tuesday blocked Texas from allowing state troopers to stop vehicles carrying migrants on the grounds that they may spread COVID-19 as worries and new cases are rising along the U.S.-Mexico border.

The temporary order by U.S. District Judge Kathleen Cardone of El Paso is at least a short-term victory for the Biden administration, which had warned that Republican Gov. Greg Abbott's plan would create more problems amid high levels of summer border crossings in Texas — particularly in the Rio Grande Valley, which one U.S. official called the "epicenter of the current surge."

In a sign of the growing strain, local officials there who have rebuffed Abbott's hardline immigration actions to jail border crossers and build new barriers declared a local state of disaster this week as COVID-19 cases climb and capacity at migrant shelters is stretched.

Cardone said Abbott's directive would have the effect of "exacerbating the spread of COVID-19." She scheduled another hearing for next week.

"The Court's recent order is temporary and based on limited evidence. We look forward to providing the Court with the evidence to support the Governor's Executive Order to protect Texans. The Biden Administration has knowingly—and willfully—released COVID-19 positive migrants into Texas communities, risking the potential exposure and infection of Texas residents. The Governor’s Executive Order attempts to prevent the Biden Administration from spreading COVID-19 into Texas and protect the health and safety of Texans."

Like Texas, the Biden administration is also raising concerns about the much more contagious delta variant as large numbers of noncitizens continue arriving at Texas' southern border. On Monday, the Centers for Disease Control and Prevention renewed emergency powers that allow federal authorities to expel families at the border on grounds it prevents the spread of the coronavirus.

But in suing Texas, the Justice Department accused Abbott of potentially worsening the spread of COVID-19, saying in court filings that impeding the transfer of migrants would prolong the detention of unaccompanied children in "increasingly crowded" facilities. 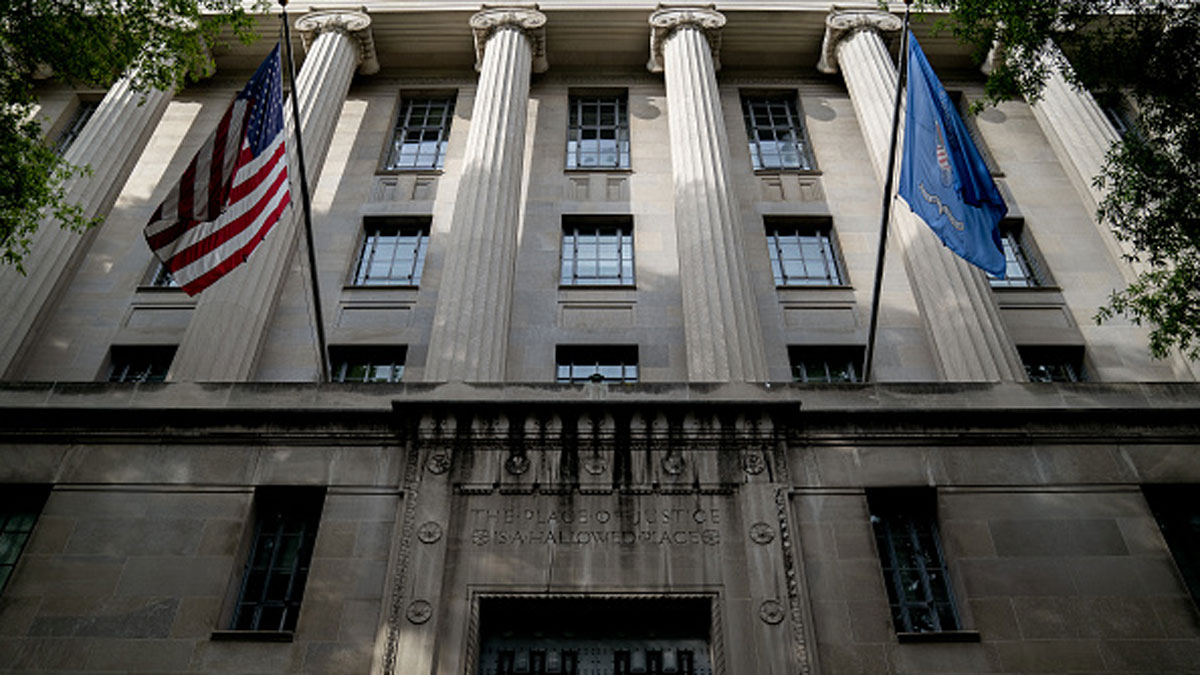 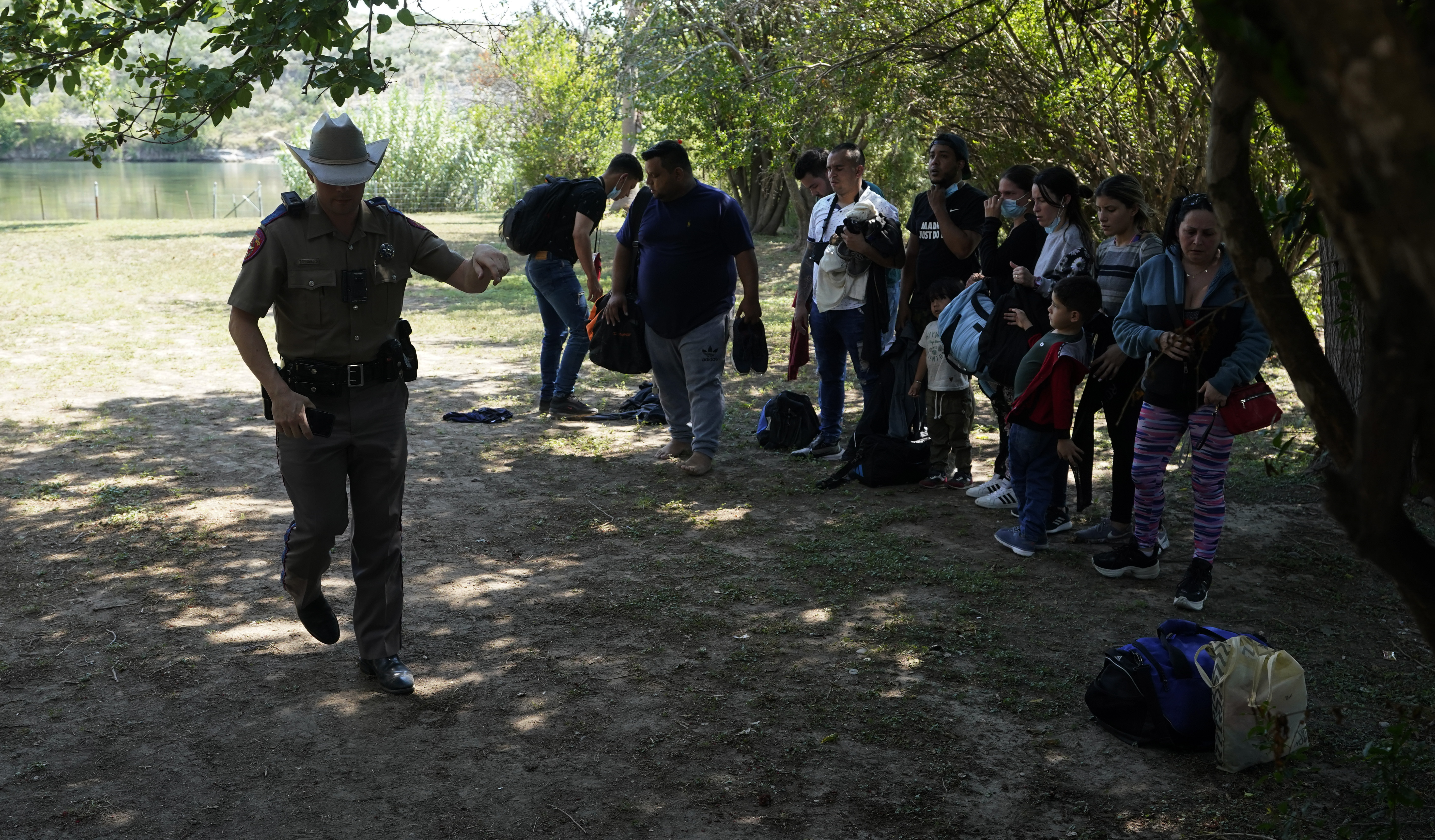 Hidalgo County Judge Richard Cortez, a Democrat who is the top elected official in the Rio Grande Valley's largest county, said Tuesday that typically about 8% of migrants tested for COVID-19 were positive. He said that number is now at 16% — roughly in line with Texas' overall positivity rate of 17%, according to state health figures.

"It's not getting better. It's getting worse," said Cortez, defending his local disaster order.

Critics have accused Abbott, who is up for a third term in 2022, of trying to deflect blame for Texas' rapidly surging COVID-19 numbers on migrants as he rejects calls to reinstate mask mandates and other pandemic restrictions. On Tuesday, Texas surpassed 7,000 hospitalized virus patients for the first time since February and reported more than 11,000 new cases.

Abbott last week had authorized Texas' growing presence of state troopers along the border to "stop any vehicle upon reasonable suspicion" that it transports migrants. Troopers could then reroute vehicles back to their point of origin or impound them. Civil rights groups and immigration advocates have expressed concerns that the directive to troopers could invite racial profiling.

Border crossings usually slow during stifling — and sometimes fatal — summer heat. But U.S. authorities revealed Monday that they likely picked up 19,000 unaccompanied children in July, exceeding the previous high of 18,877 in March.

The June total was 15,253, according to David Shahoulian, assistant secretary for border and immigration policy at the Department of Homeland Security, who singled out the Rio Grande Valley for having the largest numbers.

Overall, U.S. authorities stopped migrants about 210,000 times at the border in July, up from 188,829 in June and the highest in more than 20 years. But the numbers aren't directly comparable because many cross repeatedly under a pandemic-related ban known as Title 42, which is named for a 1944 public health law.

The CDC said Monday that the ban would remain until its director "determines that the danger of further introduction of COVID-19 into the United States from covered noncitizens has ceased to be a serious danger to the public health."