Sharon Scott, 75, has been mayor of this tiny community on the southwestern shore of Copano Bay for only a couple of months.

The Houston Chronicle reports she assumed office when her predecessor resigned unexpectedly.

"If I'd known Harvey was coming, I think I would have said no," she said Thursday morning. Sitting at the kitchen table in her stepmother's house, the expression on her face was a combination of grin and grimace. In the next room, her 101-year-old father, a retired shrimper and Bayside pioneer, lay on a hospital cot under hospice care. 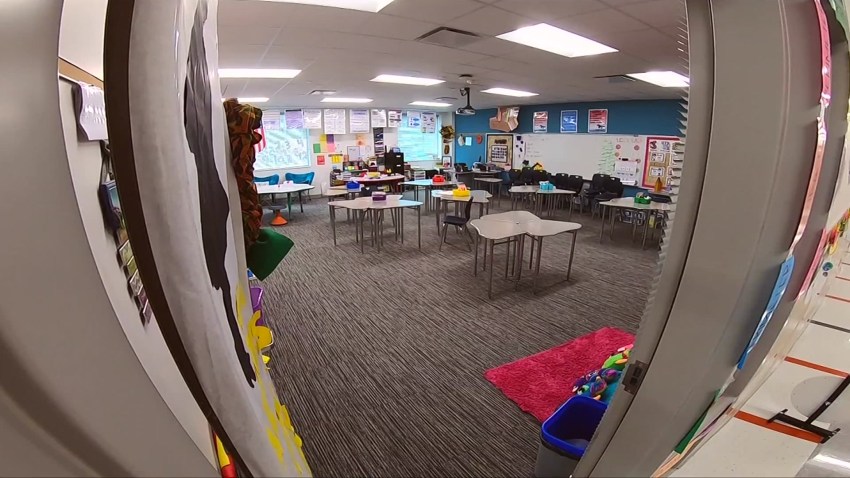 Scott's father, J.D. Derrough, was with out-of-town relatives when Hurricane Harvey roared ashore three weeks ago at Rockport, 15 miles across the bay. Scott rode out the storm with her daughter, son-in-law and three dogs in their Bayside home. As the wind howled deep into the night, people and dogs moved from room to room seeking safety from crashing windows, collapsing ceilings and water rising throughout the house.

"That wind just would not stop," Scott recalled. "For 12 hours, the wind blew."

The next morning, with Harvey headed east toward Houston, Scott walked down the road to her own two-story modular home with its superb view of the bay. Windows were out, the roof was gone and most everything inside was ruined.

Many of her neighbors in this quiet, unassuming little community, population 325, were even worse off. Barbara and Eddie De Luna, Bayside residents for 32 years, stayed with relatives in Seguin the weekend of the storm. They came home to find their mobile home literally flattened, as if a bomb had exploded inside and propelled everything outward.

"It was my worst nightmare," De Luna said Thursday, as a group from an Abilene church cleared away debris that used to be her home. "I told my husband it was like a nightmare in a horror story, and I'm still trying to wake up from it."

For now, the De Lunas are living in a Motel 6 in Beeville. They plan to stay in Bayside. Maybe they'll build a house, she said.

"Eighty percent of the homes are not livable," the mayor said. "Without help, we don't have the manpower to get back on our feet. We have two maintenance guys who work for the city and two office people. That's it."

Among those unlivable houses is a magnificent mansion on the bay, now leaning perilously to one side. It was constructed by John Howland Wood, a New Yorker who moved to Bayside's predecessor community, St. Mary's on the Aransas, in 1836, in time to participate in the Battle of San Jacinto. He and his wife, Nancy, constructed their rambling Greek Revival mansion in 1875. It was a house big enough for their 12 children.

They had high hopes for St. Mary's, and for several years, the town was a thriving port. Ships offloaded lumber onto wagon and cart trains bound for Refugio, Goliad, Beeville, San Antonio and Uvalde. That period of prosperity and promise ended in 1886 when the San Antonio & Aransas Pass Railway chose Rockport over St. Mary's. Two speculators in the early 1900s laid out Bayside near the St. Mary's site, but the town never became the thriving community they envisioned.

These days, traffic between Refugio and Corpus Christi speeds by on FM 136. Coastal Bend residents are likely to know Crofutt's Sandwich Shop, a 4-decades-old landmark famous for its sandwiches made with homemade bread, its cinnamon rolls and its cookies. Otherwise, little Bayside offers little reason to stop.

Today, Crofutt's sits beside the highway, locked up and empty. Owner Lorraine Short hasn't decided whether to reopen. "People are going to be disappointed if she doesn't," Scott said.

Among the retirees and second-home Texans living in Bayside are several newcomers, families with children. The mayor worries that they won't stay post-Harvey.

"So far, we've heard that eight families, and counting, are not coming back," she said.

That's also a concern to city council member Gloria Derrough, who's married to the mayor's centenarian father. "Property taxes and a water system are our only sources of income," she said. "We need to help people to stay."

Bayside, like Houston, has land-use and affordable housing issues to deal with after the storm. Residents who want to stay need a place to live while they're rebuilding, and the current Bayside zoning codes don't allow single-wide trailers.

"It's really an important issue," Derrough said. "It's going to affect Bayside's future, and we're just starting to address that. Are we going to break the ordinance and allow single-wides? Single-wides just for a year? Single-wides forever? We're trying to reach out to citizens, and some of them can't afford to rebuild."

After a barbecue lunch on Thursday provided to Bayside residents and volunteers by a West Texas rancher named Mike Gibbs, the mayor walked over to her ruined house, the home she and her late husband built in 1970.

Before digging through files hoping to find insurance papers, she glanced across the sparkling bay, toward what her husband always called their "million-dollar view."

"At least my pier stayed," she said. "My husband built it for me, because he knew I liked to fish. Someday I'll get to fish again."