Up to 3,000 teenage boys expected to be housed temporarily in Dallas while HHS works to resettle them with family or in permanent shelters

Dallas' Kay Bailey Hutchison Convention Center could begin housing unaccompanied migrant teens seeking asylum as soon as this week, according to the U.S. Department of Health and Human Services.

The HHS said Tuesday the Dallas convention center location could begin serving as an Emergency Intake Site for unaccompanied migrant children on Wednesday and that all children sent to the site will be screened for COVID-19.

Shortly after 10 p.m. Wednesday, NBC 5's cameras captured a caravan of buses accompanied by several Federal Protective Service vehicles arriving at the convention center. However, as of this writing local and federal authorities have not confirmed whether the occupants were migrant teens.

Preparation is underway at the Kay Bailey Hutchison Convention Center in downtown Dallas for thousands of migrant children expected to arrive at the shelter this week. NBC 5’s Larry Collins explains the latest.

The HHS did not say how many children may be moved to the site this week, but on Monday NBC 5 first reported the site was going to be used as a "decompression center" to temporarily host up to 3,000 unaccompanied boys ages 15-17 for up to 90 days. The HHS said Tuesday that the site will provide the Office of Refugee Resettlement additional capacity where they can safely process and care for the thousands of children crossing the southern border of the United States.

SMU Bush Institute Immigration Policy expert Laura Collins says the government tries to find relatives already in the U.S. or sponsors willing to serve as guardians if relatives can not be found.

The Emergency Intake Site in downtown Dallas is intended for use as a temporary measure where the standards of care outlined in the Flores Settlement Agreement can be met, such as providing children in the custody of HHS with clean and comfortable sleeping quarters, meals, toiletries, laundry, and access to medical services. The HHS said the Flores monitor has been...

"This is the temporary thing we do to try make the best of a bad situation," Collins said.

HHS is rushing to open facilities across the country to house migrant children who are otherwise being held by the U.S. Border Patrol, which is generally supposed to detain children for no more than three days. The Border Patrol is holding children longer because there is next to no space in the HHS system, similar to the last major increase in migration two years ago. 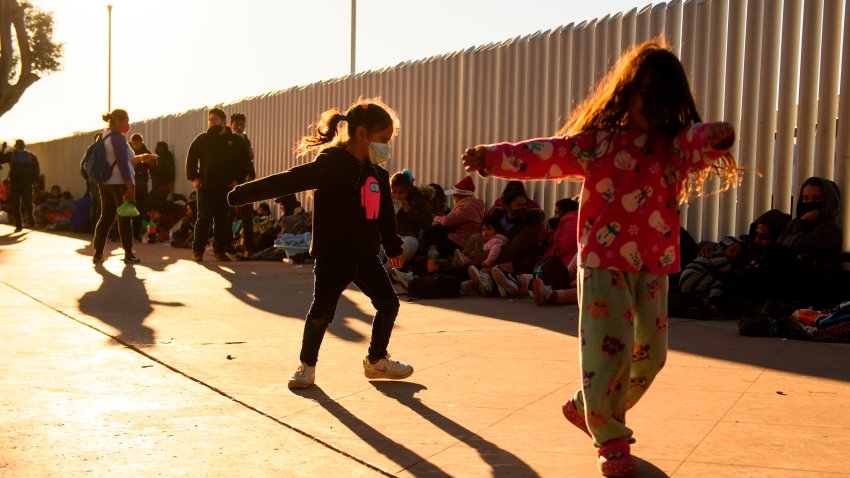 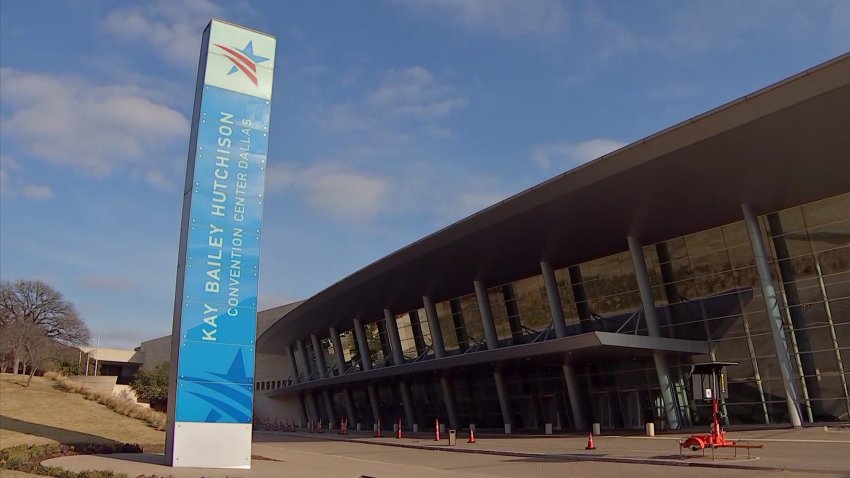 FEMA to House Up to 3,000 Immigrant Teens at Dallas Site

The HHS said the children will eventually be, "either released to a sponsor or transferred to an appropriate ORR shelter for longer-term care.

The Emergency Intake Site in downtown Dallas is intended for use as a temporary measure where the standards of care outlined in the Flores Settlement Agreement can be met, such as providing children in the custody of HHS with clean and comfortable sleeping quarters, meals, toiletries, laundry, and access to medical services. The HHS said the Flores monitor has been notified about the site.

"All efforts will be made to safely release children to sponsors or transfer them to other ORR care providers as quickly as possible. This approach will help decrease overcrowding at CBP facilities and ensure children are moved into ORR shelters, where children receive educational, medical, mental health, and recreational services until they can be unified with families or sponsors without undue delay," the HHS said Tuesday. "Services at the intake center will be provided by a combination of the American Red Cross, contractors, and federal staff, including teams from the HHS Office of the Assistant Secretary for Preparedness and Response and the US Public Health Service Commissioned Corps."

Before migrant teenagers arrive in Dallas, they are being held at Border Patrol facilities in South Texas. NBC 5’s Katy Blakey caught up with NBC’s Dasha Burns at one of the facilities in Donna, a town near the border in Hidalgo County.

The HHS said Tuesday they will use all available options to safely care for the children including both short-term and long-term solutions until they can be resettled.

Immigration attorney Fernando Dubove told NBC 5 Monday afternoon he has been to similar shelters where Central American minors seeking asylum in the U.S. wait for family or foster care. Dobove said the ideal plan is to send them to family members but that it takes time to run proper background checks. Dubove said family members who want to care for the immigrant children must undergo DNA testing as well as background checks to ensure the child would be safe in their care.

"In the short-term, ORR is working to ensure children don’t spend more time in border patrol facilities than necessary by: 1) safely increasing capacity in its permanent/licensed network by implementing CDC COVID-19 guidance; 2) using Influx Care Facilities with the same standards of care used in its permanent/licensed network; and 3) establishing Emergency Intake Sites to decrease over-crowding in CBP facilities," the department said in a statement. 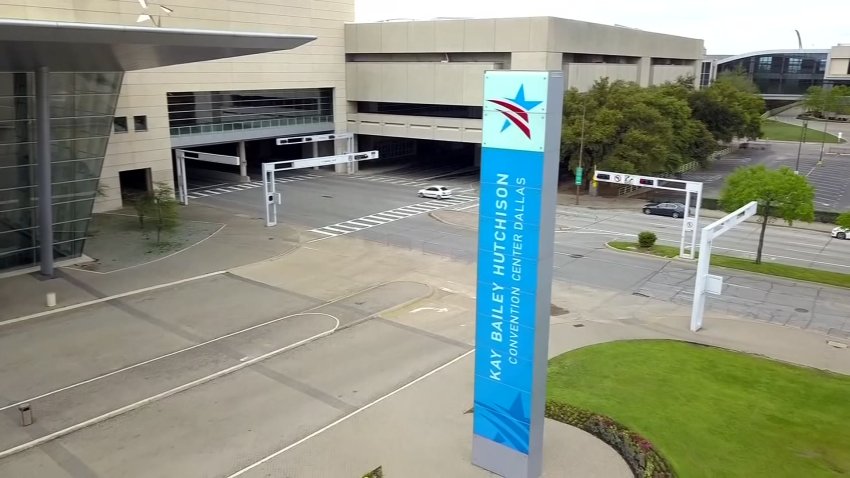 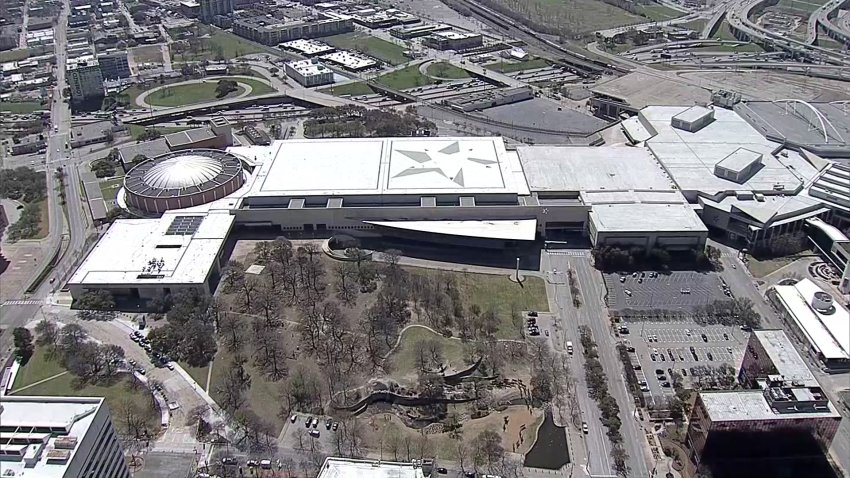 The HHS' OOR said they are also "aggressively moving toward the long-term goal of acquiring enough state-licensed beds in our care provider network to reduce the need in the future for Influx Care Facilities or Emergency Intake Sites."

Texas Gov. Greg Abbott (R) issued a statement Monday afternoon saying the Biden Administration's "reckless open-door policies have created a humanitarian crisis for unaccompanied minors coming across the border" and that "his policies are risking the health and safety of Texans and putting children at risk from cartels and human traffickers."

The governor issued sharp criticism of the president last week saying migrants streaming across the border were bringing COVID-19 into Texas communities and that Border Patrol Agents trying to secure the Texas-Mexico border were left unvaccinated against the virus.

Texas Gov. Greg Abbott (R) says he witnessed people crossing the Texas-Mexico border Tuesday and said Mexican drug cartels are flooding the border with women and children to overwhelm the Border Patrol to make it easier to smuggle drugs into the country.

Dallas City Councilman Jaime Resendez said that while Dallas bears no financial responsibility to care for the teens it’s a time to show compassion for our fellow man.

“These individuals are human beings who are obviously going through something traumatic,” Resendez said. “These young folks are packed in tents, some sleeping on the floor and others haven’t been able to take a shower for days. So, what’s happening at the border is a humanitarian problem and collective action is necessary.”

The surge at the U.S.-Mexico border has presented a major test for President Joe Biden's administration, which promised to break from the more restrictive measures against migrants enacted by former President Donald Trump. Biden has left in place some Trump policies, notably the expulsions of immigrant adults and families under a public-health declaration citing the coronavirus pandemic. 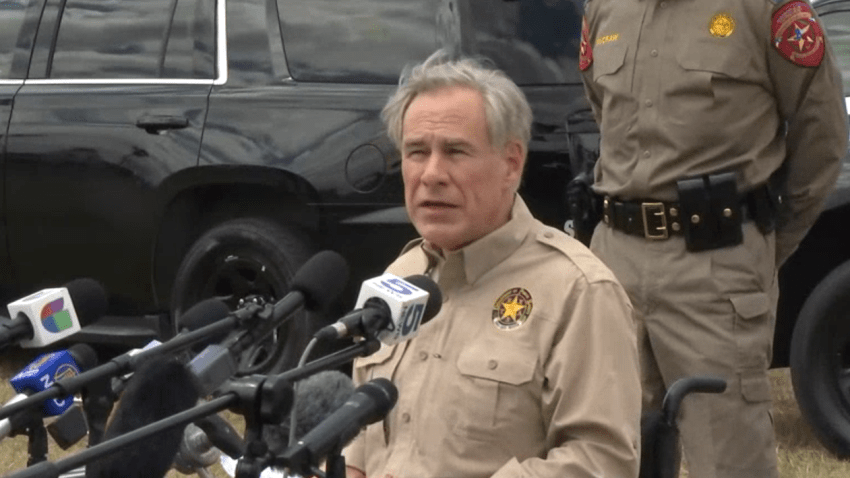 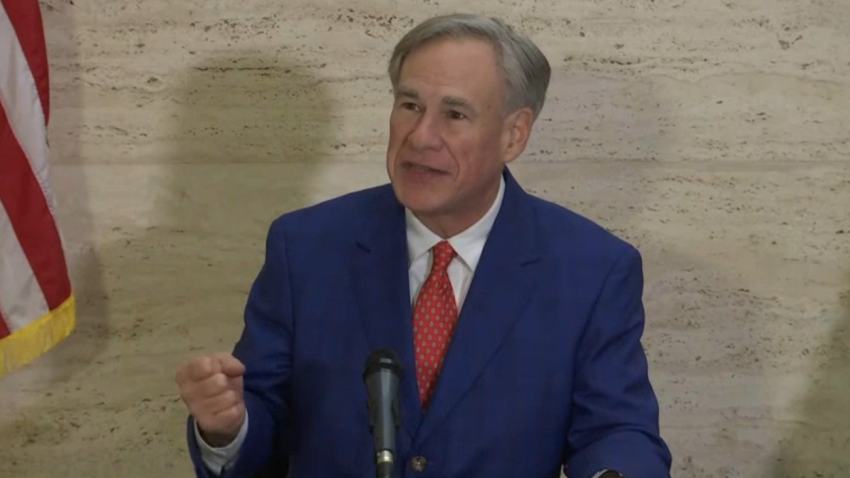 Biden declined to reinstate public-health expulsions of children, and his administration has also been unable to expel many families in South Texas due to policy changes in Mexico's Tamaulipas state, across from the Texas Rio Grande Valley.

Border agents are apprehending more than 400 children a day on average, far more than the number of children that HHS is processing and releasing to sponsors. The Biden administration has announced several policy changes to try to expedite releases, but experts and immigration lawyers say the government could do more to speed up the process, particularly of releasing children to their parents in the U.S.

“They are fleeing a harshness that every other refugee in the past, has gone through those same scenarios,” Domingo Garcia, National President of The League of United Latin American Citizens, told NBC 5 on Monday afternoon, adding it was likely many of the teenagers have experienced varying degrees of both physical and emotional trauma during their journey.

“A lot of them are going to just be needing basic attention – food, shelter and counseling to get them to their families pending their court dates,” Garcia said.