Beto O’Rourke to Decide on 2020 Presidential Run This Month

Breaking months of near-silence about his political future, Democrat Beto O'Rourke said Tuesday that he would announce his decision about a 2020 presidential run "before the end of the month" and suggested he's leaning toward it.

The former Texas congressman, who found political stardom in his unsuccessful Senate bid last fall, opened up about a potential 2020 run in a conversation with a bigger star, Oprah Winfrey, during a taping of her program "Oprah's SuperSoul Conversations from Times Square."

"I have been thinking about running for president," O'Rourke told Winfrey as the packed audience cheered. The 46-year-old Democrat cited his desire to help unify the country. "I'm so excited at the prospect of being able to play that role."

The race for the 2020 presidential election is underway, and the field of Democratic candidates is packed. Those who have announced presidential bids include a vice president, senators, House members and three mayors. As for the GOP, a single Republican has announced his bid to challenge President Donald Trump for the party nomination: former Massachusetts Gov. Bill Weld, who ran for vice president (and lost) in 2016 on the Libertarian party ticket.

O'Rourke dazzled Democrats last year by nearly defeating Republican Sen. Ted Cruz in the country's largest red state. In recent weeks, however, his presidential prospects have been overshadowed by the generally well-received 2020 campaign launches of Sens. Kamala Harris of California, Elizabeth Warren of Massachusetts and Cory Booker of New Jersey.

His comments Tuesday offered a powerful reminder that the Democratic field is far from set.

Winfrey, who has flirted with a potential run of her own, appeared to encourage O'Rourke to run during the wide-ranging interview that spanned nearly an hour. 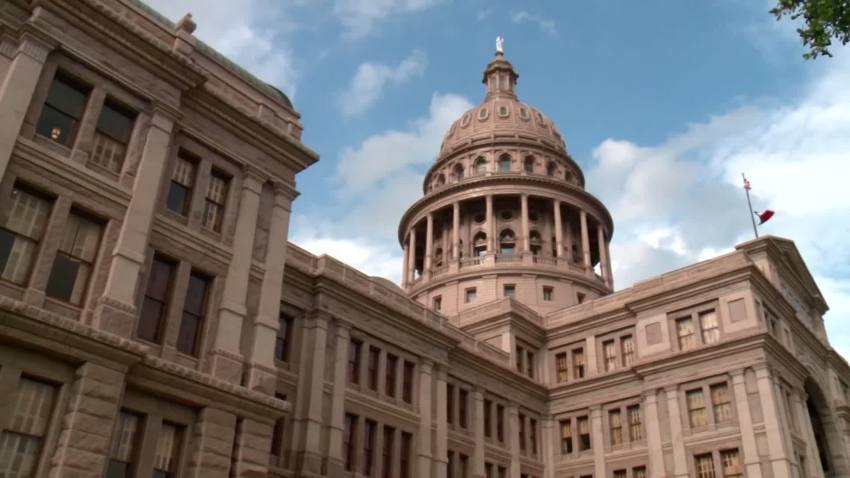 Dead Man Found on the Grounds of the Texas State Capitol, DPS Says

The decision, O'Rourke said, would really be up to his family. He has three children under the age of 13.

"For the last seven years, my family hasn't seen me," he said. He added, "That's the far more important responsibility."

Winfrey herself has been the center of 2020 speculation, though she has said she doesn't plan to run. She remains an influential figure in Democratic politics, however.

Her endorsement of Barack Obama was pivotal to his 2008 campaign. She also took the rare step of campaigning for Democrat Stacey Abrams ahead of her near-upset in the Georgia governor's race.

Winfrey's show blurs the line between politics and pop culture. The lineup on Tuesday featured actors Bradley Cooper and Michael B. Jordan and philanthropist Melinda Gates, underscoring the sense of celebrity that surrounds O'Rourke.

He treated Instagram followers to a glimpse inside his mouth during a teeth cleaning while trying to decry the Trump administration's border wall. He also recently traveled in Texas, New Mexico, Oklahoma, Kansas and Colorado, but his meandering online posts documenting the journey highlighted things like the open-face roast beef sandwich he had for lunch rather than offering hints about how he'd handle the rigors of a presidential campaign.

Compare that to his potential 2020 rivals swarming states that kick off presidential voting: New York Sen. Kristen Gillibrand and former Colorado Gov. John Hickenlooper will be in South Carolina this week, Booker is visiting Iowa and Warren is set to formally announce her presidential bid Saturday, then hit New Hampshire and Iowa.

O'Rourke said he needed to spend time traveling alone to help overcome "a profound disappointment in myself that I let so many people down." He said he emerged with the reinforced belief that "people are so good."

The Texas Democrat, who represented a border state in Congress for six years, also took aim at President Donald Trump's push to build a border wall, calling it "a racist response to a problem that we don't have."

Though the taping was Tuesday, the interview won't air on Winfrey's network until Feb. 16. After that, O'Rourke doesn't have another headline-grabbing event on his schedule — at least not yet.