Traffic to resume moving through Texas' international ports; DPS safety inspections to return to random but could return to 100% if trafficking is not slowed at the border, Abbott says

Abbott said Friday he entered into a security pact with the governor of the Mexican state of Tamaulipas on Friday, the last of four states to give assurances to Abbott that they would do more on the southern side of the border to prevent trafficking.

"All these bridges are open back up to normal trafficking. So, all the goods that used to go from one country to the other at a very rapid pace, they are moving at that rapid pace as we speak right now. With the caveat, and that is, if we do see increased trafficking across the border we will strategically shut down certain bridges," Abbott said.

This week Abbott announced he reached deals with the governors of Nuevo León, Chihuahua, and Coahuila before announcing Friday a similar agreement with Tamaulipas Gov. Francisco García Cabeza de Vaca.

Texas Gov. Greg Abbott announces an end to 100% commercial vehicle safety checks with the agreement of a security pact with the governor of the Mexican state of Tamaulipas.

Abbott said because the Mexican states are pledging to do more security checks in Mexico, he's allowing the Texas Department of Public Safety to cease mandatory safety inspections of every commercial vehicle entering the state and return to performing random spot checks.

WAS ANYTHING ILLEGAL FOUND DURING ENHANCED SAFETY CHECKS? 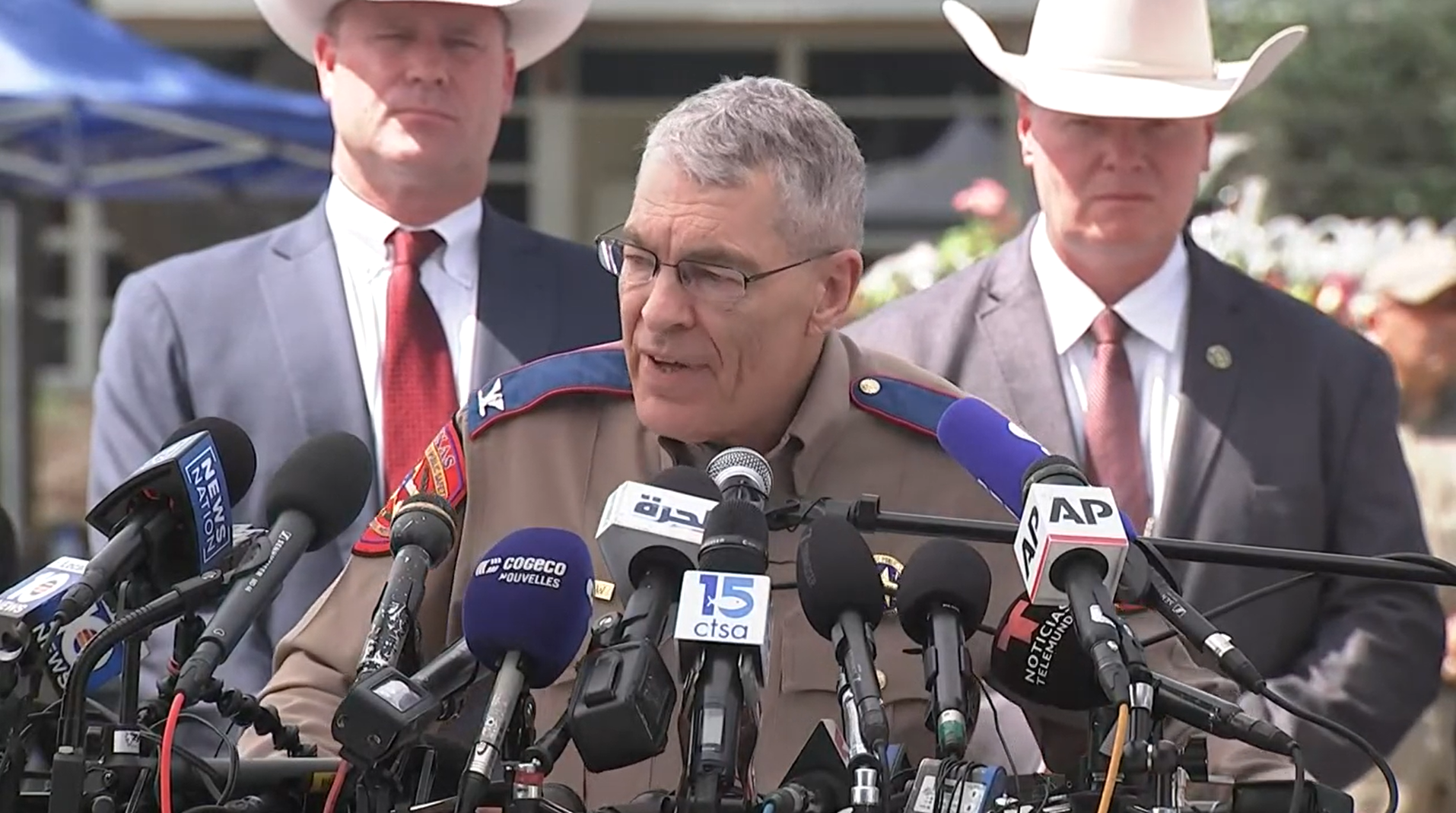 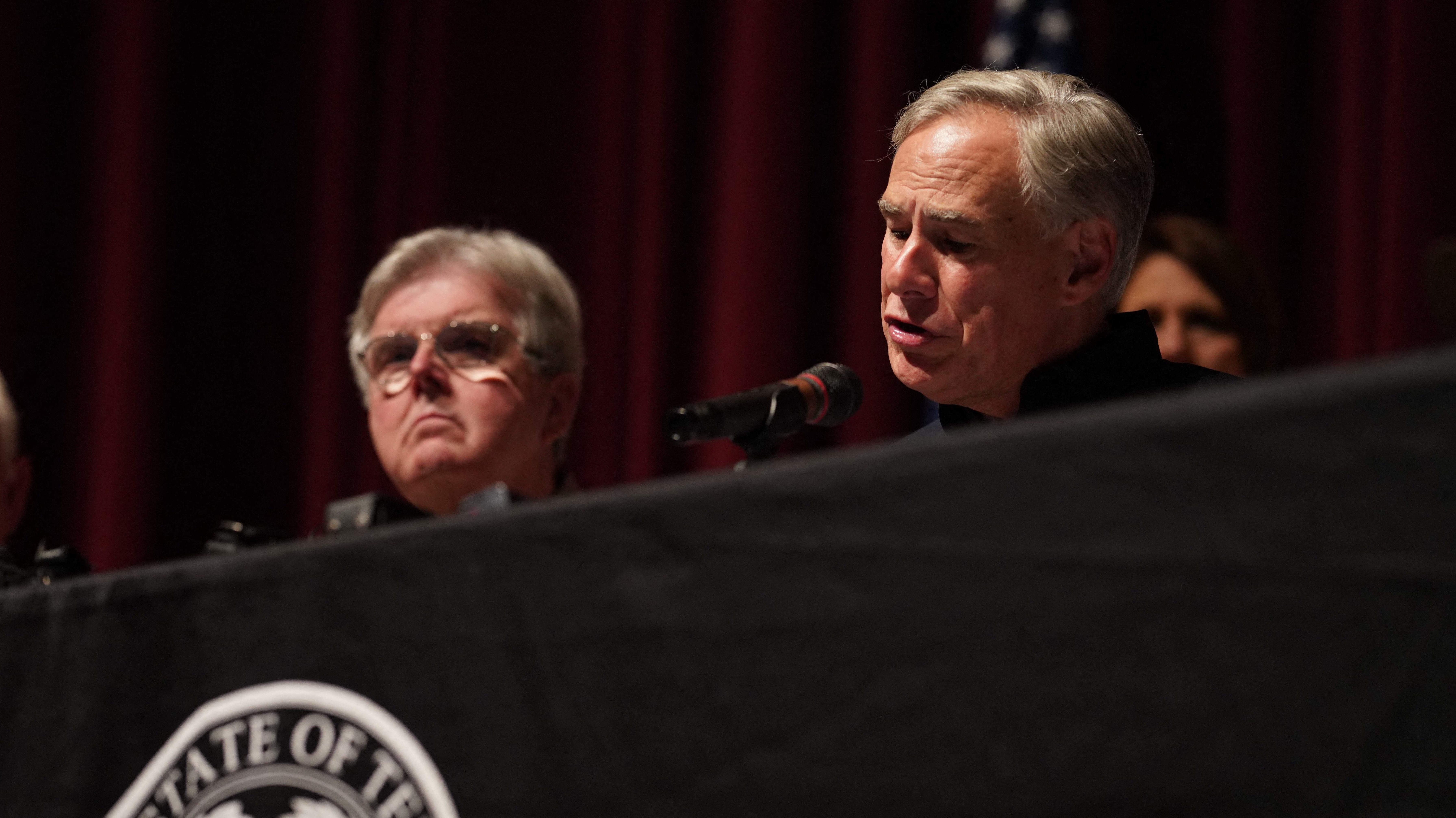 When asked if state troopers had found any illegal drugs, smuggled people, or other contraband during the enhanced inspections, Abbott began to answer the question and then redirected it to DPS Director Steve McCraw who said nothing illegal was found and it was expected that nothing illegal would be found.

"Not surprisingly … there is actually no human trafficking and/or drug trafficking that we've been able to detect since we've done 100% compliant investigations. In fact, it was an expectation recognizing the cartels know what they're doing. They don't like troopers stopping them certainly north of the border and they certainly don't like 100% inspections of commercial vehicles on the bridges. Once that started we've seen a decreased amount of trafficking across the bridges. Common sense," McCraw said.

"When the cartels know that every vehicle is going to be inspected they're not going to put their contraband or immigrants they're smuggling into vehicles at the time," Abbott added. "It's no surprise that during the time that 100% of inspections were taking place there was nothing was found."

Abbott reiterated what he said on Thursday, that DPS troopers removed about 25% of the vehicles inspected for safety violations that made them unsafe to operate according to state laws.

"There were a tremendous number of safety violations that the DPS was able to uncover that may have, for all we know, saved the lives of Texans that these vehicles could have crashed into," Abbott said.

Democratic gubernatorial candidate Beto O'Rourke, who is challenging Gov. Greg Abbott in the governor's race this fall, said the inspections ordered by the governor were "completely unnecessary" and that the Mexican governors who signed security pacts to end the inspections were essentially forced to do so.

In El Paso on Friday, O'Rourke said the state troopers were only allowed to check for safety violations and were prohibited from checking the cargo hold and therefore couldn't detect smuggling or drug trafficking even if it was taking place.

In El Paso on Friday, Democratic gubernatorial candidate Beto O'Rourke, who is challenging Gov. Greg Abbott in the governor's race this fall, said the inspections ordered by the governor were "completely unnecessary" and that the Mexican governors who signed security pacts to end the inspections were essentially forced to do so.

"Greg Abbott ordered 100% inspections on all commercial traffic coming through the ports of entry from Mexico into Texas. I want to be really clear this is in addition to all the Customs and Border Protection inspections to guard against human smuggling and illegal drug trafficking," O'Rourke said. "These were completely unnecessary inspections that also did not allow the inspectors that Greg Abbott put on these bridges to even look inside of the cargo hold. So there was no ability to detect illegal drug trafficking or human smuggling even if it was taking place on these ports of entry. This was completely unnecessary and did absolutely nothing."

Additionally, O'Rourke said the security agreements Abbott signed with four Mexican governors were the result of blackmail and that the governors had no choice but to sign them if they wanted to keep traffic moving through the ports.

"When reporters yesterday asked her, 'When will this agreement be implemented?' and she said 'We've been doing this for the last month.' This 'fake news' that he's trafficking to the people of Texas. We are not buying it," O'Rourke said. "This was a manufactured stunt. This was a problem that Greg Abbott created to score political points. Predictably he was on FOX News crowing about this security agreement that he'd achieved."

"These governors had no choice ... This was blackmail, absolutely," O'Rourke said.

After the Governor’s order jammed ports of entry for days, leaving trucks moving goods from Mexico stalled for hours, the Texas Truckers Association is one of the trade groups which condemned the move. Now president and CEO John Esparza said there’s relief in the industry but a lot of work ahead.

“We know that trucks that were hoping to get through the week moving the freight that they were committed to move are going to be moving that through the weekend, Easter Sunday, doing everything they can to alleviate any further delays with the supply chain,” said Esparza.

He said it could take through the middle of next week to get back on track.

When asked about the economic impact, Esparza said when it comes to produce alone, 80-percent of products coming through the border perished or were delayed. It’s an industry that does 400-billion-dollars in trade each year.

While Abbott warned he’d reinstate the checkpoints again if Mexican governors don’t uphold the agreements, Esparza urged him not to.

“We are merely in the middle of moving these products from point a to point b. It is unfortunate. And at the end of the day, I would consider the truck driver,” said Esparza.