As Texas begins hiring hundreds of food stamp workers to help erase an application backlog that has left families waiting months for aid, no one expects the problems to disappear any time soon.

The new state workers are entering a system in crisis. They'll have far fewer experienced colleagues than they would have five years ago. Training is shorter. Mentoring has mostly fallen by the wayside. And employees are working an average of 13 hours of overtime per week which, in some cases, is mandatory.

"We're just overrun," said Sheila Badzioch, a caseworker in Houston, one of the state's slowest processing areas. "The attitude of the higher-ups is, 'You can do more.' Well, you can't. There are only so many hours in a day."

For all the struggles that the state employees known as eligibility workers are facing, several said it's not lost on them that some of the 2.9 million Texans on food stamps are coping with tremendous stress, too. In September, Texas processed 58.6 percent of applications within the 30 days required by the federal government. By the end of that month, nearly 42,000 families were waiting for a decision even though the deadline had passed. 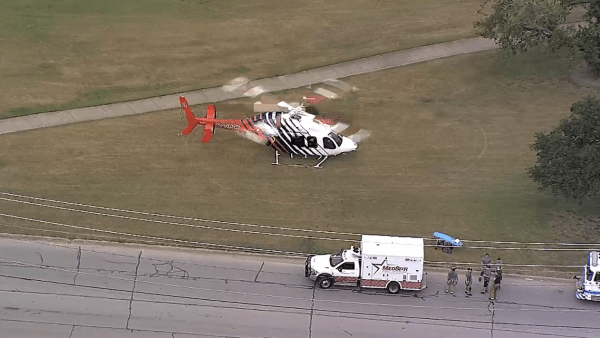 One Person Rescued During House Fire in Fort Worth

The length of time families are waiting often two to three months, and sometimes as long as five or six is perhaps the longest ever, state officials said.

The Legislative Budget Board a group of elected leaders earlier this month OK'd the hiring of 250 more workers and directed the agency to fill 400 vacant jobs.

But it could take months for the employees to be hired and trained. State Sen. Tommy Williams, R-The Woodlands, one of two senators recently tapped by Lt. Gov. David Dewhurst to monitor food stamps, said that adding employees might be a good long-term solution but isn't an immediate fix.

"I'm not sure that getting 250 or 500 people in there who don't know what they're doing is really going to solve this problem," Williams said. "The only way out is to have a task force of people we know can do the job, and efficiently, and ask them to help us get out of this hole we're in."

A state estimate shows that if the new workers are hired and workload and productivity stay the same, the backlog wouldn't go away until next July.

And now, with the Thanksgiving and winter holidays approaching, state officials are bracing for more challenges as offices close and workers take vacations.

"Every day we're closed is a day the work piles up, but our workers desperately need a break," said Stephanie Goodman, a spokeswoman for the Health and Human Services Commission.

Since March, Badzioch has been assigned to a special office that focuses on working the past-due cases of other offices that are overloaded.

In El Paso, supervisor Judy Lugo said her employees often work 7 a.m. to 7 p.m. and come in on Saturdays. She recently lost a caseworker who couldn't handle the workload, she said.

"You're caught in like a Catch-22," said Lugo, who is also president of the Texas State Employees Union. "If you don't work overtime, then the clients don't get benefits, but if you do, workers are stressed out and quit, so which do you do?"

New employees aren't getting much support, workers said. In previous years, a new caseworker went through months of training (Badzioch said that when she was hired 11 years ago, her training lasted several months) and then eased into cases with a more experienced worker at his or her side.

Now, new workers are less likely to have mentors; many of the senior workers have been assigned to work emergency food stamp cases instead. For some employees, training lasts two weeks.

Donna Richardson, a Houston caseworker for nearly three years who had been working children's Medicaid cases, was recently transferred to food stamps and had four weeks of training. She said the training was enough to grasp some basics but not enough to fully understand policy. She tries to seek out more experienced workers for help, she said, but many of her co-workers are new.

Goodman said streamlined training is one of several new, short-term fixes designed to help work through the backlog. The idea was that new workers would take a 10-day crash course on food stamps (instead of 40 days) that would be enough to help them work basic cases, and that when the backlog subsides, they'd go back for more training.

"The feedback we're getting is not very good on that," Goodman said. "We may not be trying it much longer."