Benny Barrett walked through the hallways of Baylor University Medical Center Dallas on Valentine's Day; his 5-foot 5-inch frame donned in a red tutu, wings, stockings and argyle socks. Cupid carried a bow and arrow, but Barrett used to pack another weapon: a gun.

"When I retired from the police department I wanted to try some fun things," said Barrett, a former officer with the Dallas Police Department's drug and gang enforcement unit. "I've always been in positions of trying something new."

Barrett said he knew he wanted to be a police officer when he was five years old and his dad caught him stealing candy from a West Dallas drug store. Barrett's dad took him to police to teach him a lesson. 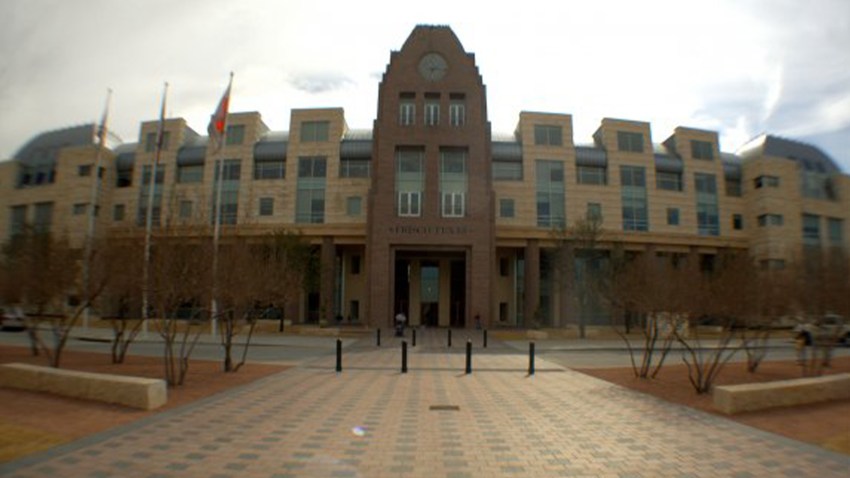 "They started talking to me about the evils of being a thief," said Barrett of the officer who talked to him. "I wanted to be just like him."

After decades of fighting crime, Barrett decided to try something new. He acted in musicals, and more.

"I played the King at Medieval Times," said Barrett with a twinkle in his eye. "It was good being the King!"

Barrett also made a job of volunteering at Baylor University Medical Center for five years, and then decided it was time for something new.

"I found what we really needed was music in the common areas," Barrett explained. So, he started the Arts in Medicine program at Baylor's Sammons Cancer Center.

On any given day, live music echoes in the common areas. Doctors can order private music sessions for patient rooms, too.

"Because once you see the impact these programs have on the lives of not only the patients, but their families, and even our staff," Barrett said. "You can't walk away from that."

That's why every year, every holiday, Barrett still dresses up as Cupid, or an elf, or an Easter Bunny, and speeds through the hospital to spread love and laughter when people need it most.

"Of everything I've done in my life, this is the most significant contribution I could ever make," said Barrett.