Imagine being 17-years-old, just a few days away from high school graduation and the Jeep you've dreamed about, begged for, rolls up in the driveway.

"I loved that Jeep. We'd always go fishing in it. Take the top off. It was a bonding vehicle," she said. 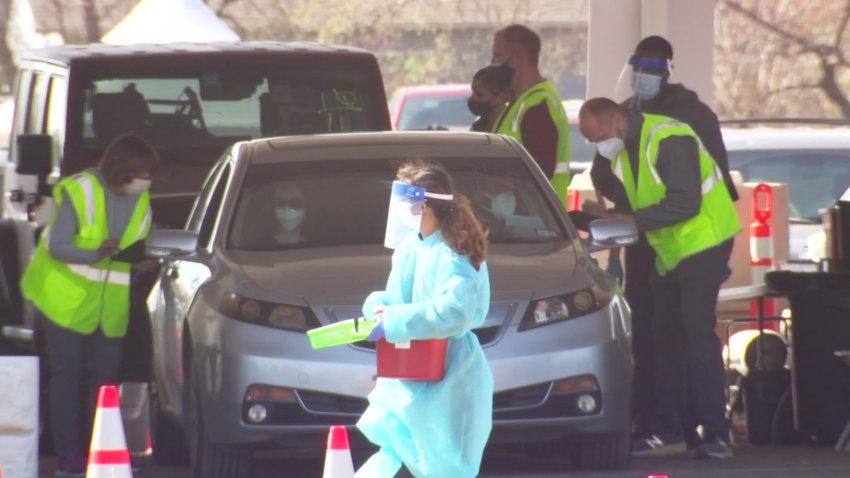 Lacefield describes the big, red Jeep in past tense. She doesn't own it anymore.

Two months after the day her parents surprised her with the best high school graduation gift ever, the teenager sold it.

"A lot of people ask: Where's the big, red Jeep?," she said. "I don't like telling the story, so I'll say I sold it; got something cheaper; better gas mileage."

The real story is one of friendship, generosity and service to others. The truth is, Lacefield sold the Jeep to buy a friend a car; to ease the burden on a family of four headed by a single mom; to follow the message God put in her heart.

"It's a sacrifice," said Lacefield. "But you always have to sacrifice for something good to come."

Lacefield met MacKenzie Sterner, 17, back in March. They were on the girls' track team at Weatherford High School. Lacefield, a senior, was a distance runner; Sterner, a junior, a sprinter.

Time on the track led to a fast friendship, and by the end of the season the two were among a pack of girls rarely seen apart.

The bond, said Lacefield, was fishing. The girls liked grabbing a rod and reel, piling up in Lacefield's big, red Jeep and heading to the sweetest fishing hole they could find, usually somewhere at Clear Lake.

"I cook. They eat," said Lacefield.

After Lacefield graduated and school let out for the summer, a group of girls was often at the Lacefield home. The teenagers' parents consider their home a safe place for kids to hang out.

The girls got summer jobs, but transportation was a huge issue for Sterner. There was just one car in their family and her mom needed to it get back and forth from Weatherford to her job in Azle.

Sterner's mom considered getting a second job to pay for a second car, but the teenager always stopped her.

Lacefield and her red Jeep filled the gap. "I'd take her to work, pick her up, take her to cheer practices," she said. "Her mom was working, and I thought it'd be easier for her and her mom."

In mid-June, Lacefield left on a mission trip for Bali. It was her fourth in four years.

The teenager worked in several villages, helping with food supplies and playing with children. She describes the time there as "humbling."

She came back home on July 17 and within days told her parents what was in her heart.

"God laid on my heart in Bali, he wanted me to do something big," Lacefield said. "I told 'em, God was telling me he wanted me to sell my car and help Kenzie get a car."

"It didn't shock us at all," said Chandler's mother, Megan Lacefield, a marriage and family pastor. "We've known from the time she was little she has a big heart."

Still, Lacefield's parents had to think about what their daughter wanted to do.  They came back with a counteroffer: sell Lacefield's Jeep and get enough money for two cars. One for her; one for Sterner.

"For us, it was gonna be all on her. You find the cars, cut the deal and I'll sign the papers," said Chad Lacefield, Chandler's father. "My daughter wore me out.  She was on a mission for a week."

Lacefield had her parents blessing and now she needed it from Sterner's mom. In typical teenager style, Lacefield texted Angel Martin about the plan. Martin was in shock. "I AM ABOUT TO EXPLODE," she texted back.

"We finally talked on the phone, and I was still shocked," said Martin. "She goes, 'It's something I feel strongly about.' She was so sweet and selfless. She said, 'What I want to do is get me a car cheaper on gas and get Kenzie a car, too.'"

"It was a blessing, because I struggled to get her a vehicle," Martin said.

With the parents all in, Lacefield started shopping dealerships. She went to six or seven and kept getting blown off. After all, she's a 17-year-old trying to buy a car.

Members at New River Fellowship Church, where Lacefield's mom is on staff, suggested a couple of other places. Lacefield finally found the right vehicles, at the right price: a 2002 Acura MDX for Sterner and a 2011 BMW 328 for her.

Sterner's was paid in full while Mom and Dad agreed to take out a small loan to get Lacefield's car.

Sterner, though, had no idea what was in the works.

"The funny part is these girls stay together all the time," said Chad Lacefield. "And Kenzie started going, 'What is going on?' 'Cuz the girls were hiding their phones from her."

"I was like, 'Someone's keeping a secret from me, and this is not OK,'" said Sterner.

Lacefield could not wait to reveal her surprise. She bought the Acura on Aug. 7 and that evening, she loaded up the girls in her big, red Jeep for one last time. Lacefield's jeep would be gone in two days.

The teenager told Sterner, "We have a surprise for you," Sterner said. "I thought it was a bounce house or maybe they'd finally found a good fishing spot."

Lacefield told Sterner to keep her eyes closed and her head in her lap, "and every time I put my head up, she'd put her hand on my head and pushed it down."

Even though, Sterner couldn't see, she knew Lacefield had hit the bumps and taken the turns that led back to the Lacefield home.

One by one, the girls got out of the car. Then it was Sterner's turn.

"And she moves my hands off my face," said Sterner, "And there's my car in front of me with a big red bow. And I'm like, 'OK, what is this?' Everyone had cameras in my face and finally someone was like, 'That's yours.' And I started crying. It was awesome."

"I wanted to be thorough," said Lacefield. "I wanted it to be a good surprise."

"Chandler's standing there with her big smile,and I'm like: 'Someone tell me what's going on,'" said Sterner.

"It took her a good while to figure out what was going on. Everybody kinda rushed her," said Lacefield.

"And then she said it was mine, which was awesome," said Sterner.

It's been a month since the big surprise. Sterner is busy with school, cheerleading and work.  Lacefield started classes at Weatherford College with an eye toward Texas A&M.

As the girls and their parents gather in the Lacefield living room and relive that night, feelings of excitement, pride and gratitude come flooding back.

"My heart was pounding out my chest," Angel Martin remembered. "Not like a "winning the lottery" kind of excitement, but it's a big thing for someone that age to do what she did."

"It's a test of her true character and what we've tried to pour into her," said Lacefield's mom.

"Most people don't believe it," said Sterner. "I probably have the coolest friend in the world that she did that for me."

"I was happy for Kenzie," Lacefield said. "Joy.  I was just happy for her.  I was just glad she loved it. I'm glad I did it. I don't regret it at all. I know it's the right choice I made."

And Lacefield hopes her story of faith and friendship shows that "not everyone our age is as insensitive as we're sometimes made out to be."