The Texas deputy who nearly lost her own life trying to save a woman in raging floodwaters Friday is doing "some serious soul searching" because her effort was unsuccessful, Tarrant County Sheriff Dee Anderson said Monday.

Deputy Krystal Salazar jumped into the water along Deer Creek in far South Fort Worth early Friday to try and save 76-year-old Zenola Jenkins, whose car was being swept away.

Jury Deliberations End for the Day in Ruel Hamilton Trial 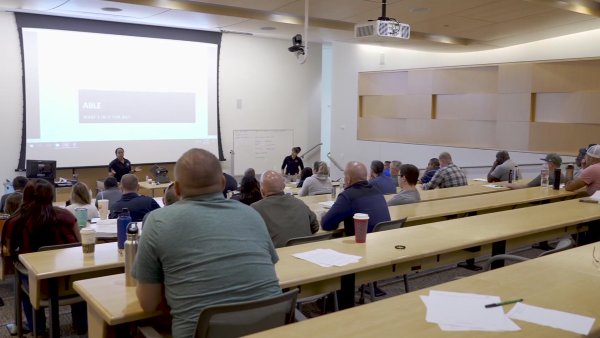 Dallas ABLE Training on the Path to a New Police Academy

Salazar nearly became a second victim. Rescuers found her clinging to a tree after two hours.

"She was literally fighting for her life for almost every moment of that two hours," Anderson said. "It was a heroic effort. She is to be commended for her bravery."

But Anderson said the 26-year-old deputy doesn't consider herself a hero because her effort to rescue the woman wasn't a success.

"She's doing some serious soul searching as far as what happened and wishing she could have done better," the sheriff said. "But, you know, talking to the victim's family, they're tremendously grateful for the effort she made."

"It's a tough spot to be in," Anderson said. "Most of us who have been in the business many years have tried to save someone and failed. And it's heavy on your heart."

Plus, the sheriff said Salazar has faced criticism on social media from people who weren't there, second-guessing what she did that night.

In a meeting on Monday, Anderson said he told her to ignore the criticism.

"I tried to explain to her that many of us have been through this and it's very, very difficult," he said. "It's hard to live with when you are that close to making a difference in someone's life and then that life is lost."

Salazar is taking some time off to deal with her physical and emotional wounds.

The sheriff said she'll get as much time as she needs.