A man wanted in connection with a stabbing stole two cars and killed two people in separate hit-and-run crashes Wednesday afternoon while trying to elude officers, police say. Fort Worth SWAT officers eventually used gas to force the man's surrender at the end of a police chase.

In a news conference Wednesday afternoon, Fort Worth Police Chief Neil Noakes said officers were investigating a stabbing that occurred shortly before noon on Las Vegas Trail where the victim's gray truck was also stolen.

At about 1:45 p.m., officers located the man suspected in the stabbing along the 8700 block of Camp Bowie West. It was there, police said, that Brooks crashed the stabbing victim's truck into the Taz game room, killing someone inside.

Owners of the Taz game room released surveillance video showing the moment a stolen truck crashed into the front of the game room, killing a man inside. Viewer discretion is advised.

Video of the crash from inside the game room shows a driver plowing through the exterior wall at a high speed and continuing to drive deep into the building. The driver then backed up and drove through the gaming hall again.

One person, identified Thursday by the Tarrant County Medical Examiner's Office as 45-year-old Jeffrey Mazurowski, was pinned between the pickup and a wall. He was taken to Texas Health Harris Methodist Hospital in Fort Worth where he later died.

"We were all sitting there during a normal day and boom!" McAfee said, who added the suspect was angry after recently breaking up with his girlfriend.

Officers were nearby and began following Brooks. About a mile down the road, police said he crashed into a woman sitting at a bus stop in front of a Jiffy Lube. The woman, identified by the Tarrant County Medical Examiner's Office Thursday morning as 57-year-old Lailani Snell, was also taken to Harris Hospital where she, too, died.

Police said the man then stole a white pickup truck and again tried to outrun the police.

Brooks led officers to Interstate 20 and east into Arlington, driving south and then back north on U.S. 287, before turning west back toward Fort Worth.

He eventually stopped in a residential neighborhood along Autumn Park Road, not far from Interstate 35W and Garden Acres Drive, but still refused to surrender to police.

After several minutes Brooks tried to again drive away in the stolen truck but was quickly boxed in by armored SWAT vehicles. Officers approached, broke the truck's back glass, and then tossed gas canisters into the truck, eventually forcing him out of the vehicle.

Brooks was taken into custody moments later without further incident. 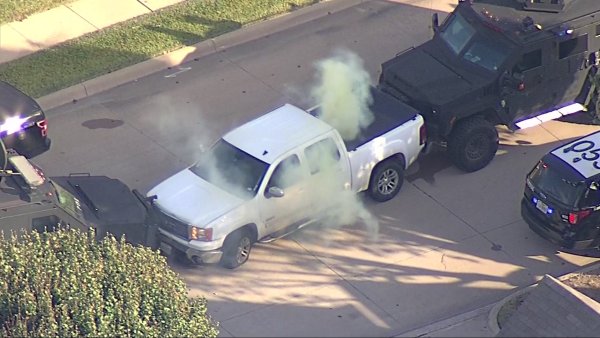 Two Dead in Crime-Spree That Ends With Dramatic SWAT Takedown 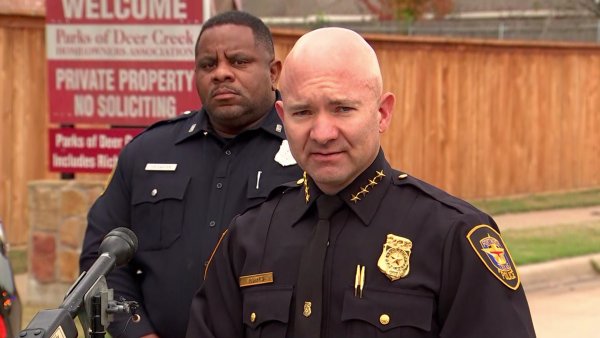 ‘The Only Threat is in Custody,' Chief Says After Stabbing Suspect Leads Police on a Chase 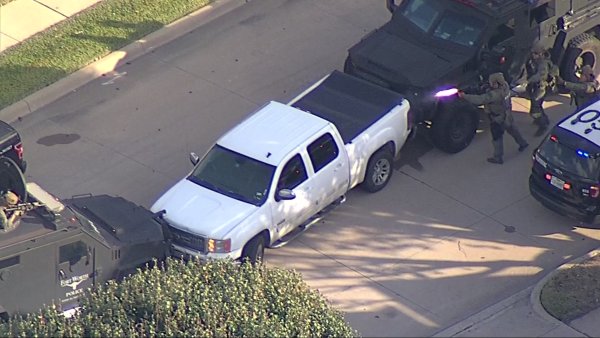 Noakes said Wednesday the person who was stabbed is in critical condition and had undergone surgery. On Thursday, NBC 5 learned the stabbing victim is stable and is expected to survive. It's not yet clear if the stabbing victim and the suspect knew each other.

Nearby Poynter Elementary, in the Crowley ISD, is located in the neighborhood where the man was taken into custody and was on lockout during the standoff Wednesday.