Local Family Gets in the Chalk Art Game

North Texas families have spent more than a month and a half under safer at home orders. A good bit of that time might have been spent playing board games.

A family in Fate, near Rockwall, took that to the next level. Jaime Way and her children are now known for their elaborate art-scapes made of sidewalk chalk in their driveway.

It started as just painting rocks and then hiding them for the neighborhood kids to find. Something that would help pass the time.

“Then we started doing the movie characters,” Way said. “Then, my daughter says ‘Mom! I really want to make a giant Monopoly [board].’ I thought about it and was like the four sections of the driveway kind of look like the Monopoly board folded up so I said, let’s do it and it kind of sparked from there.”

The family has now created so many works of art the neighborhood can enjoy, including a replica of the video game Pacman.

Way, who is an elementary school counselor in Garland, said while its fun for her and her family, it’s also a way to help people forget what’s going on, even if it’s just for a little while.

“I like to see people smile and I kind of miss that about school. Working with the kids and seeing them smile. [I like] the togetherness that this has kind of brought families here. Seeing a little kid coming up and looking at it, or trying to play on it, its just nice to see that,” Way said.

Every time it rains, they come up with a new idea, wait until the old one washes away and get to work. 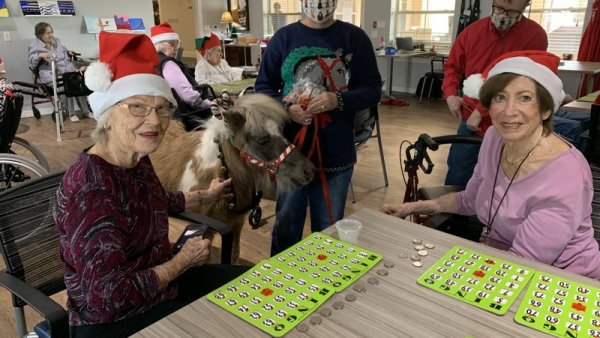 Tarrant County Brothers Team Up to Feed Neighbors in Need

Way also said their chalk art won’t stop here. She and her daughter are already thinking of some cool things they can do on the pavement at her school, once the kids are allowed back in class.