Two Army soldiers who served with Micah Xavier Johnson, the gunman who attacked police officers in downtown Dallas, believe the Army should investigate the handling of a bizarre incident that resulted in Johnson's removal from Afghanistan in 2014.

The Army has said it is reviewing Johnson's records but has stopped short of saying it is investigating how the incident itself was handled.

In an exclusive interview with NBC 5 Investigates, Sgt. Mark Wallace, an Army reservist who was in Afghanistan with Johnson, described how Johnson was caught stealing underwear from a female soldier in his close-knit Army platoon. 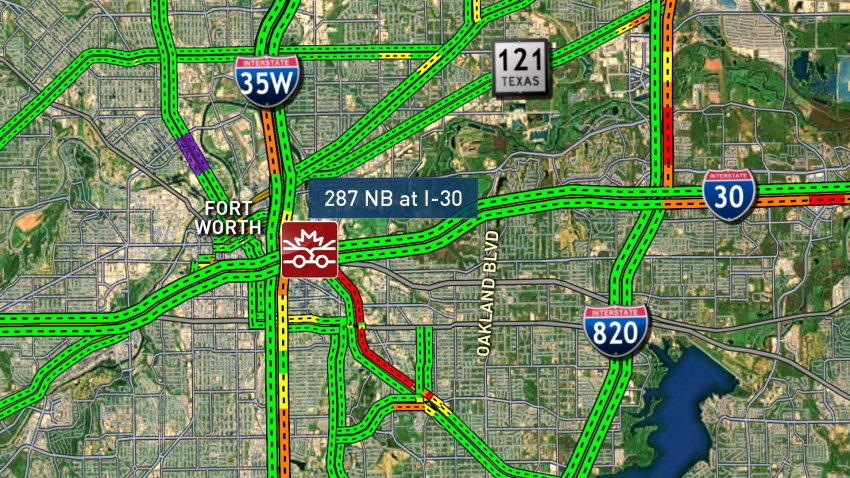 Deadly Crash Closes NB Lanes on U.S. 287 in Fort Worth

The female soldier had reported underwear disappearing from her laundry, prompting unit leaders to conduct a barracks search.

"We discovered that there was a stash of women's underwear in his room. And as we discovered it he, of course, jumped into the room, swooped them up and put them in his hoodie in his front pouch, which added to the bulk that was already there," Wallace said.

Wallace said Johnson took off running after he was confronted – prompting a search for him in the darkness on the remote Army base known as FOB Shank.

Commanders ultimately caught up with Johnson and recovered more evidence.

On Friday the Army released an investigator's report that confirms Wallace's account of the incident.

It says an Army investigation determined Johnson "took underwear" from a laundry bag belonging to a female soldier who was a friend of his and tried to "dispose of the evidence" after unit leaders found some of the underwear in Johnson's room.

The report says that Johnson also sent messages to the same female soldier that "constitute sexual harassment." The woman had been a friend of Johnson's but both he and the woman told investigators their friendship had splintered before the incident.

During the search, the report says investigators also found Johnson was "storing an explosive article" in the barracks where he lived – and did not have any reason to possess that explosive device.

Concerned about Johnson's behavior, commanders put him under watch after the underwear incident, posting an officer outside his room at all times and taking away his weapons.

"At least one NCO (non-commissioned officer) was either right outside of his room or had visual on him at all times until he left the location that we were at," Wallace told NBC 5 Investigates.

Two days later the Army sent Johnson away to Bagram Airfield and eventually back home.

But Johnson showed no remorse before leaving, Wallace says.

"He blatantly, like even the next day, was like, 'No, they're lying. They're lying about all of it. They're making all of it up.' And it's like, 'Dude, like we caught you doing this. We caught you red-handed doing this,'" Wallace said.

Despite the investigator's finding that Johnson sexually harassed the female soldier and concealed a grenade, Army records suggest Johnson received an honorable discharge from his active-duty assignment in Afghanistan.

Wallace, and another former member of the unit, retired Sgt. Gil Fischbach, want to know how that could happen.

"I want them to thoroughly investigate. I want them to figure out and I would like to see someone held accountable," Fischbach said.

The Army has not responded to questions from NBC 5 Investigates about the handling of the incident. In a statement last week an Army spokeswoman noted that a review of Johnson's records, "has not identified any documented acts of violence."

The recommendations of the Army investigator who initially looked into the 2014 incident have been redacted from the copy of the report released to the media Friday.

Fischbach said there is no question the incident clearly damaged Johnson's friendships with others in the unit.

"Now, that trust has been fractured – and not just a small hairline crack, but a severe fracture," Fischbach said.

But the two soldiers still think it's a stretch to think that what happened in Afghanistan ultimately led Johnson to attack police officers in Dallas.

"You take that to, 'I want to kill white police officers.' How do you tie those things together? It's inconceivable," Wallace said.