Police say a witness shot the boy's father, who was carrying out the attack

A Texas man who fatally stabbed his 16-month-old son outside a suburban Dallas apartment building was shot in the leg by a neighbor who tried to stop the attack Sunday, police said.

Witnesses told Lewisville police they saw a man "beating and stabbing a small child" in the courtyard of the Oak Forest Apartments complex on Business Highway 121 at about 12:40 p.m., according to Capt. Jesse Hunter with the Lewisville Police Department. 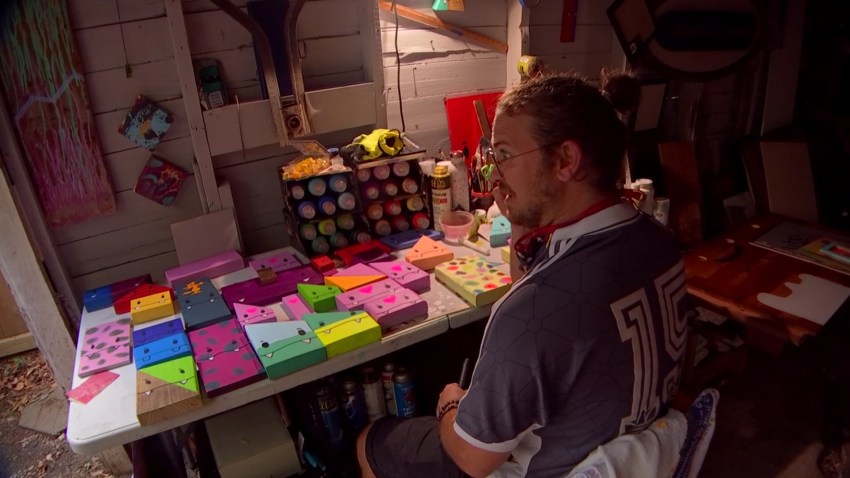 According to Hunter, a neighbor heard screaming and shot the man in the leg, ending the attack. Police said the neighbor will not face any charges because he was defending another person's life.

The boy's father was placed under arrest and hospitalized Sunday where he underwent surgery.

Capt. Mike Lane, with the Lewisville Police Department, said the man suffered a gunshot wound as well as injuries from the knife used in the attack.

Lane said police are withholding the man's name until they can move him to a more secure environment; when he can be moved will be at the discretion of his doctors.

Lane said detectives have not yet interviewed the man, but speculated they may not learn much about why the attack took place.

Lane said though detectives have not interviewed the child's father, they have spoken with the child's mother and numerous witnesses to the attack.

"Our main concern now is the emotional welfare of, not only of our folks that were involved, police, fire, EMS, our dispatchers, but also there were children present," Lane said. "This all occured on a Sunday afternoon. A bright, sunny day. We have some children that were there, they're going to get some resources on mental health care. We understand there are quite a few adults there that may also be in need."

Ciera Mills, 26, told The Dallas Morning News that from her balcony she would sometimes see the man on his, that they would occasionally greet one another and that he seemed "pretty normal."

"For this to happen is unbelievable," Mills told the paper.

Police said there was no history of calls to the family's apartment by either their department or Child Protective Services.

Lane said the man, once he is medically cleared, is expected to face a capital murder charge. In Texas a conviction of capital murder automatically comes with either a life sentence without parole or death.