Severe Storms, Possible Tornadoes Forecast in Wide Region of US

Severe thunderstorms with possible tornadoes are forecast from the Plains states to the Mississippi, Ohio and Tennessee Valley regions.

The chance of storms appeared to be slim for much of North Texas Friday, though a few storms may develop far northwest.

Storms forecast for Saturday are likely to bring hail, high winds and a tornado threat. 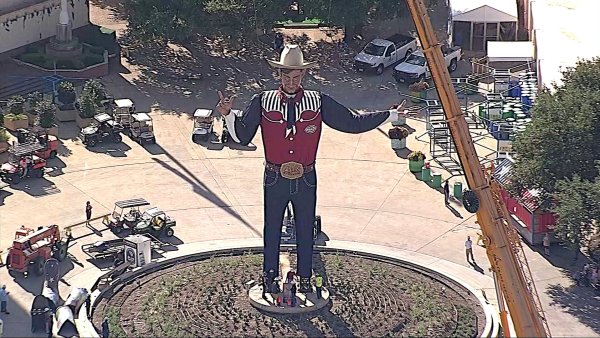 State Fair of Texas 3 hours ago

WATCH LIVE: Big Tex Gets Ready for 2021 Debut at State Fair of Texas

Flood watches and advisories were issued for much of the region.