Search Expands For Missing Kayaker in Fort Worth

Rescue teams were again deployed Sunday to search for a kayaker who went missing along the Trinity River in Fort Worth on Saturday.

Family identified the missing kayaker as Fort Worth's Edgar Castro, who was kayaking with his friend in the Trinity River near Westworth Village Saturday.

At some point the men ran into trouble and Castro's friend was able to swim to shore. Castro has not been seen since and it is not known if he was wearing a life jacket.

Search and rescue teams were focusing on an area around River Oaks Boulevard and Sam Calloway Road in West Fort Worth. The Fort Worth police helicopter was called for help, in addition to brush trucks, all-terrain vehicles and teams searching on foot.

Recovery teams expanded their search along the Trinity River from River Oaks Boulevard to the Tarrant-Dallas county line on Sunday, covering nearly 40 miles of river.

"Because of the speed of the water and the time that has passed we're continually expanding that search area, to make sure we're being thorough," Fort Worth Fire Department spokesman Lt. Kyle Falkner said. 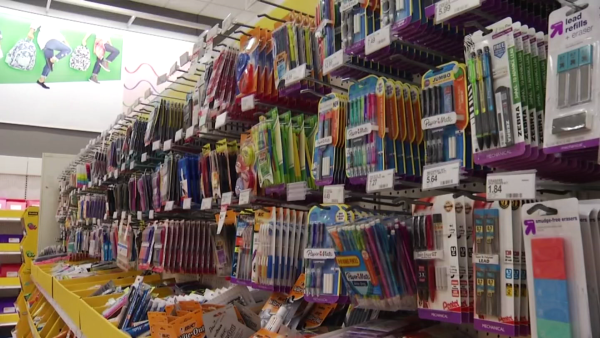 Teams will search again from dawn until dusk on Monday, a third straight day, according to Falkner. If Castro is not found by the end of the day, searchers will re-evaluate the situation.

"We're constantly evaluating our operations, and adjusting them to fit the circumstances," he added.

Authorities with the Texas Parks and Wildlife Department used a boat equipped with SONAR technology to assist in the search. TRWD staff and police were also assisting. Arlington Fire Department''s dive team also assisted the search on Sunday.

The search for a man who’s kayak capsized on the Trinity River Saturday has been postponed until daybreak, authorities said.

The Fort Worth Fire Department responded to another missing kayaker call in East Fort Worth Sunday. They later found that kayaker safe.

Panther Island and Tarrant Regional Water District officials have been warning residents about the dangers along the river for weeks. May's rains and Tropical Depression Bill had led to higher river levels and swift currents.

Falkner said the department encourages people to always wear a personal flotation device, PFD, that is approved by the U.S. Coast Guard.

"We encourage everyone when you're out on our lakes and rivers to wear a PFD," Falkner said.

Last Thursday night's Rockin' the River event was moved indoors because of the river conditions. It's not known if next Saturday's Fort Worth Fourth events will be impacted, because the river was already receding and slowing down on Sunday.