A Rowlett man remains in the ICU two and a half weeks after Dallas police said he was attacked in the CVS store on Skillman where he worked.

“It’s been a long two weeks, two and a half weeks. Yeah, I miss him. I just want him to walk through that door. You know, that’s the most important thing,” said Bennie Davis.

Instead, Davis has had to make daily trips to the ICU to visit her husband Curtis Davis.

The 63-year-old remains on a ventilator after police arrested 23-year-old Daveyon Miles. 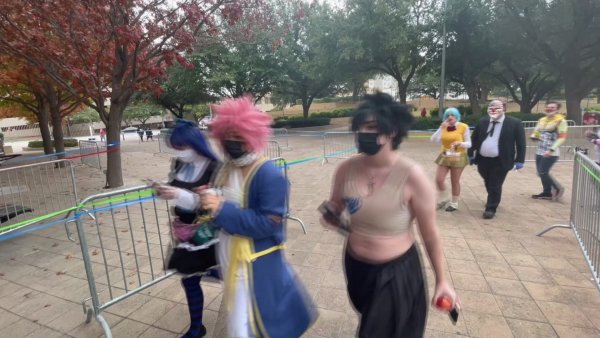 They said on Saturday, October 23, Miles walked into the store, spoke to Davis and then randomly knocked him to the ground.

“As he fell down, he kind of grabbed him, pulled him back and started stomping on his head. They said, estimating, between 15 and 30 times,” said Davis’s son James Davis.

With his father still unable to speak, James said it’s too soon to know just how much damage has been done.

The family now feels confident the grandfather of five will survive. But what they can't wrap their minds around is how a man, who they say will do anything for anyone, became the target of so much rage.

With his assailant behind bars, the family waits for sentencing and for the ability to forgive as they figure out the next several months without Davis's full salary and an uncertain future.

It may continue to do so slowly.

But as it does, they'll lean on their faith, each other and an incredible outpouring of support and prayer to bring Davis home.

“It’s that bit of light in the world that seems to have dimmed over the years and it’s so nice to see it. To have something bad happen and to be able to see it again, it’s almost a little beauty in a very tragic time,” said James.

With Davis’s inability to work, the family has started a GoFundMe to help his wife Bennie as they prepare for several possible months of hospital visits.