More than 100,000 people in the U.S. are stuck on an organ transplant wait list, hoping to find that perfect match to their blood type, body size and hospital location.

But many -- 20 per day, in fact -- will die before receiving the organ they need.

The Houston Chronicle reports imagine, then, if scientists could just print one for them using a method similar to 3D printing. 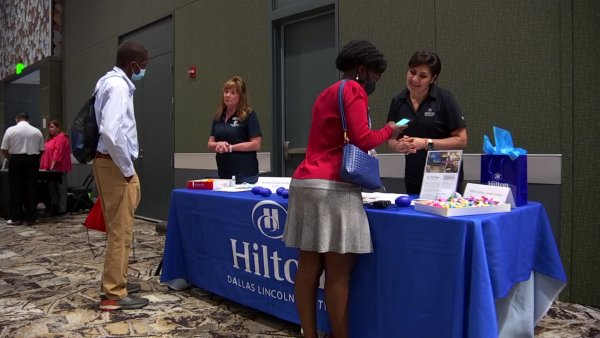 Jordan Miller, a Rice University bioengineer, has been working toward this goal for the past five years. It's more complicated than it sounds: 3D printing originally was created for use with plastics, which are not compatible with the human body.

But Miller and his team now have found a way to 3D print living tissue using human cells and a water-based solution. This discovery was published Thursday in the journal Science.

"Tissue engineering has struggled with this for a generation," said Kelly Stevens, a bioengineer from the University of Washington who also led the project. "With this work we can now better ask, `If we can print tissues that look and now even breathe more like the healthy tissues in our bodies, will they also then functionally behave more like those tissues?' "

As of January, more than 113,000 men, women and children found themselves waiting for an organ, according to the U.S. Government Information on Organ Donation and Transplantation's website.

Despite the high number of individuals looking for an organ, only 36,528 transplants were performed in 2018, the website continued.

"Each year, the number of people on the waiting list continues to be much larger than both the number of donors and transplants, which grow slowly," the website stated.

Miller and Kelly's findings aren't just on paper. The team was able to develop a model showing that the printing process works.

That model is smaller than a penny, but it contains tiny vascular-like structures weaving through a lung-mimicking air sac. Researchers were able to mimic the breathing pattern found in the human lung using precision air pumps.

"Tests of the lung-mimicking structure showed that the tissues were sturdy enough to avoid bursting during blood flow and pulsatile "breathing," a rhythmic intake and outflow of air that simulated the pressures and frequencies of human breathing," according to a Rice University newsletter. "Tests found that red blood cells could take up oxygen as they flowed through a network of blood vessels surrounding the "breathing' air sac."

Their technology is the first to address this challenge.

"Bioprinting has attracted intense interest over the past decade," the release stated. "A ready supply of functional organs could one day be deployed to treat millions of patients worldwide."

Miller admits it'll be a long time before that is a possibility. But he anticipates this type of 3D printing to be used extensively in medicine over the next 20 years.