Dozens of low-income families in Southeast Fort Worth say they were cheated out of not only thousands of dollars, but their dream of owning a home.

Buying a home was the American dream for Marisol Granados's mother.

"She made that clear that she was gonna buy it, rent to buy, rent to own," her daughter said. 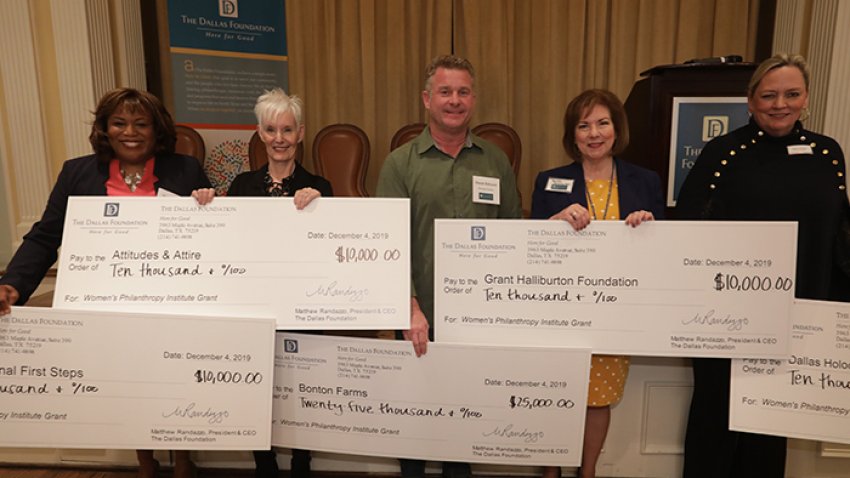 "She was keeping it to herself, she was robbing people, doing that to other people too," Granados said. "I feel like she took advantage of a lot of people, not just my mom."

Her family is now one of about 50 who are filing police reports, all claiming the same thing -- that they paid thousands extra in cash in top of rent, that was never documented in contracts.

Carlos Quintanilla, president of Acción America, was at the Tarrant County Courthouse Friday, helping the victims. He walked us through paperwork from one of them he said is representative of most of the cases.

'Security deposit is one month's rent, so the amount of the rent is basically $1,100 so where did the rest of the money go?" he asked.

Another resident, Elida Colunga, said the manager took $3,500 "deposit" from her but only gave her a receipt for $2,000.

"All this time I'm renting and I'm not owning anything," Colunga said. "What is my sacrifice for? I feel like I just threw my money away."

Quintanilla said when many of the residents grew curious and pushed for proof of ownership, they were scared off.

"She would intimidate them by threatening immigration so they wouldn't complain," he said. "She would say, well you know you don't have legal papers, you're undocumented. If you make any statements against me you could be taken by immigration."

The longtime activist for the Hispanic community can't believe the things he's learning.

"She issued fines against them for any little thing if you had a flower plant, if you had something on your porch, if you parked illegally, in cash, she wouldn't take no checks," he said,

Because there are now so many cases, the Tarrant County District Attorney created a joint task force between her office and the Fort Worth Police Department.

There are about 50 complaints of theft and fraud so far. The task force will decide how to move forward.

Tenants tell us that property manager was recently fired. We reached out to the company to confirm. Managers at the property today wouldn't comment and the corporate office has not responded.