Texas farmers and ranchers are taking drastic measures to get their hands on hay after the drought made it nearly impossible to grow their own.

It creates an easy target for people who want to cash in on the hot commodity. 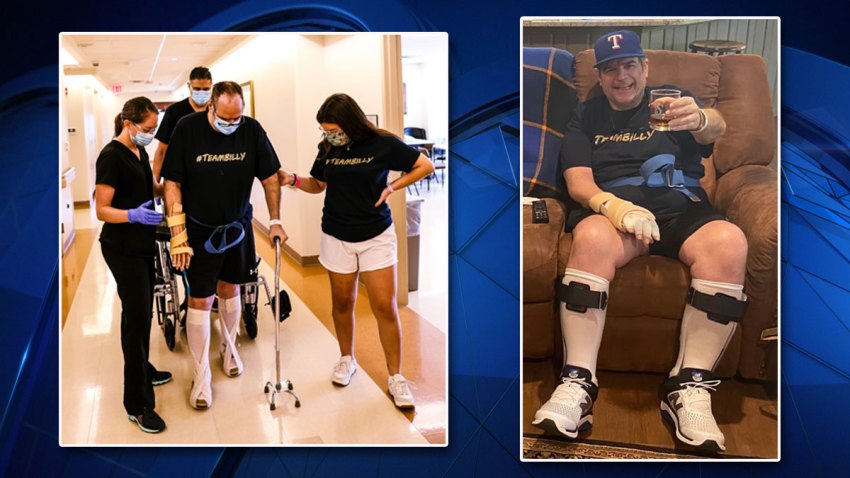 Thompson said Texas ranchers do not have a lot of options when it comes to buying hay, and people are taking advantage of their desperation.

"They have a lot of animals that they need to take care of, so they are desperate, and they will do whatever it takes to keep them fed," Thompson said.

Like most North Texas ranchers, she's forced to buy hay from other states and is willing to pay a pretty penny.

"It's almost double or triple the price," Thompson said.

But buyer beware. Thompson said some people are not getting what they paid for.

"You hear stories all the time about people spiking the cost of hay when they are actually rolling round bales out of a ditch instead of out of a pasture. You are getting low quality hay," D&L Farm and Home Denton owner Jennifer Sanders said.

Sanders and her husband search high and low for the hay they sell. She said one of her customers ordered a shipment from out of state, but it never showed up.

"He paid in advance, so that is a complete loss for him," Sanders said.

Feed store owners say there are tricks to the trade.

"For sure, not paying in advance -- that is one way you can definitely get burned," Sanders said. "Ask for pictures. Really, it's all about building relationships and trust, because if you don't know the person, they can be sending you something from somebody else's field or a picture of hay that they pulled off the Internet somewhere."