Jenna Owens of the Kidd Kraddick Morning Show is the creator of the much-buzzed about cannabidiol-infused beauty line, Fitish.

One of DFW’s most-popular voices has a side hustle that has grown too big to ignore.

If you listen to the Kidd Kraddick Morning show on your morning drive, you know Jenna Owens. The radio host got a jump on the CBD beauty trend, creating products that she said are clearing-up a number of skin conditions and are selling like hot cakes.

In the wee hours of the morning, Owens talks to millions of people who listen to her on their morning drive. By afternoon, Owens is wearing a different hat: creator of the much-buzzed about cannabidiol-infused beauty line, Fitish.

"Can't keep it in! Well, let me just say that when we restocked a couple weeks ago, we sold more in three days than what we sold in the entire month of November," Owens said.

The name, "Fitish" was born out of Owens' love of fitness and a desire to look good doing it. 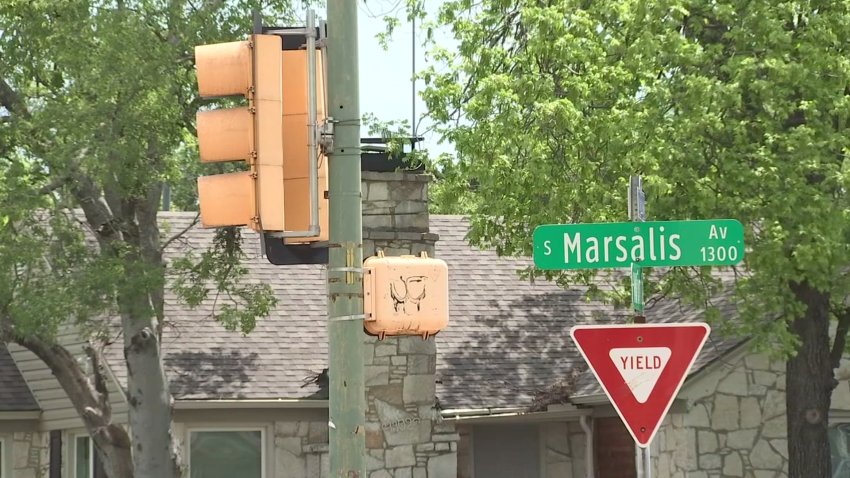 "When I go do all these great workout classes that Dallas has to offer, I notice that a lot of women wear a lot of makeup to workout," Owens said.

So she created two CBD mists -- "Don't Sweat It," which she said, "sets" makeup on the skin. "It locks it down. It's actually difficult to remove makeup. We put it through a lot of sweat tests."

The other is, "Cool Down," which she said tones down redness after a workout.

The magic ingredient, Owens insists is the CBD, though the products also include green tea, peppermint, coffee, among others.

If you listen to the Kidd Kraddick Morning show on your morning drive, you know Jenna Owens. The radio host got a jump on the CBD beauty trend, creating products that she said are clearing-up a number of skin conditions and are selling like hot cakes.

Weeks after launching, Owens said she was flooded with testimonials. One of them Mazie Zost who had moluscum contagiosum, a viral infection of the skin that produces unsightly red bumps that doctors said don’t go away quickly.

"They said it would take six months to a year to get rid of them all. We tried a lot of stuff, like essential oils and stuff to try to make them go away," Zost said.

Her mother got her the Fitish Cool Down spray.

"We used the spray on my legs every morning and night, before I go to school and to bed. Within a week it started clearing up. It was amazing. Like the second week, they were almost gone and the third week they were pretty much gone, no scarring or anything," Zost said.

Owens admitted even she was surprised by some of the before and after pictures that clients sent her.

"I never could have imagined what a magic cream it was going to be on skin," Owens said.

Dr. Dornechia Carter, a dermatologist in Plano said the before and after shots are remarkable but she still has questions about the use of CBD in beauty products.

"Safety? The jury is still out on the safety of this medication, but there are a lot of anecdotal reports where people are using it in a safe manner," Carter said. "You can get this (CBD) in many different formats. You can get it as a capsule, as a spray, a sublingual tablet, an oil. There are so many formats but none of it is regulated. We don't know what the concentrations are, we don't know what the safety range is for it. So these are things that are in requirement of a lot of study."

As for the legality of the CBD used in Owens’ line here in Texas, Owens said this.

”Ours is 100 percent hemp with zero percent THC. So it could not be more legal and it's just wonderful. The number one question I get it is, 'If I get drug tested for work. Will I pass?' and I say without hesitation, 'Yes, there is no THC,' which is what is illegal and what they are testing for," Owens said.

NBC 5 Investigates has looked into the confusion around the legality of CBD use in Texas -- follow up on that reporting here.

The price point, quality and volume of the CBD in Owens' products, she believes has made them successful. She's about to add two other products to the Fitish line.

Asked if she’s considering moving on from her radio job to pursue Fitish full-time and Owens said laughing, "Until I have enough money to not wake up at 4 a.m. I'm kidding. I love my job on the radio. I wouldn't be able to do this if it weren't for the support of the audience that really helped me have the confidence to do something like this."