According to police, a 43-year-old woman and two of her family members stopped at the 7-Eleven at Ferguson Road and Oates Drive at about 7 a.m.

While sitting in the truck waiting for her family members to return from the convenience store, a man suddenly jumped in the driver's seat and demanded cash. The woman refused to give the man any money, though instead of moving on to the next victim he put the truck and gear and drove off. 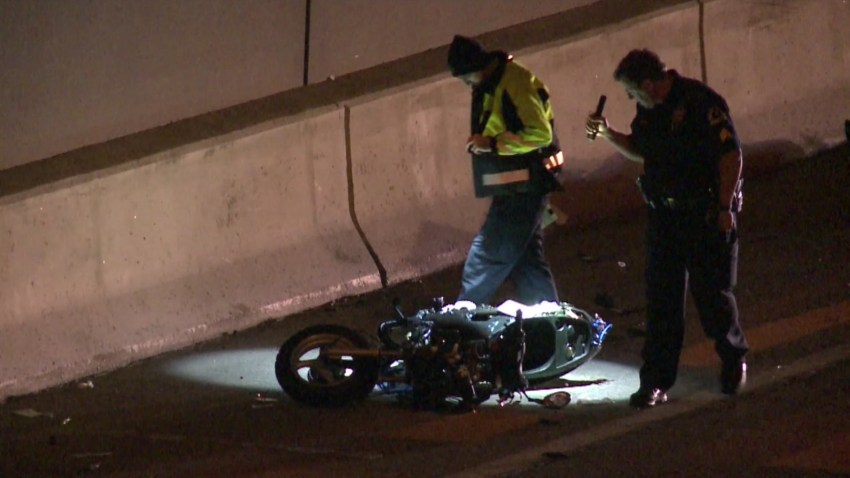 From the passenger seat the woman began to fight back as the man continued to drive and demand money.  The woman struggled with the man for about seven minutes, causing him to drive erratically and crash into a gas pole, a parked trailer and finally a light pole near Centerville and Shiloh roads.

At the final crash site, the man got out of the truck, hit the woman and then took off on foot. He ended up at the back door of Shirley and Jay Medlin's home several blocks away.

"I was looking at the TV this morning and somebody was pulling on the door, or he was knocking on the glass door, or what -- but I went to the door and he was sitting down on the porch," Shirley Medlin said. "He said, 'I need help.' I said, 'What's the matter with you?' and he didn't say anything, so I went and got Jay."

The Medlins say the man was wearing women's clothing, a bra and fake breasts, and claimed his attire had led to him being attacked. Police say the man's injuries came from the attempted kidnapping and car crashes.

While at the Medlin's home, the man asked to use the phone and for a drink of water. After they provided those items, the Medlins called police.

"He heard police and he run, he run. Jay stayed at the kitchen window and he saw him runnin' down the alley," said Shirley Medlin.

Police say the man broke a window and fought with another home owner before being captured near a dumpster inclosure behind a Fina gas station near Cassandra Way and Shiloh Road. The man was taken into custody by the Dallas police without further incident.

Police said the man was armed with some sort of sharp object, like a razor or box cutter, though he didn't cut the woman with the weapon.  The woman did suffer minor injuries from her struggle with the man, police said, and she was treated at the scene and released.