Former Texas Gov. Rick Perry vowed Wednesday that a judge's refusal to quash felony abuse of power charges won't derail -- or even delay -- his preparations for a possible 2016 presidential run, calling the case tantamount to the "criminalization of politics."

"We're moving right along as we have intended," the Republican said, mentioning his recent visits to the early primary states of Iowa and South Carolina. "We'll make a decision, or actually make an announcement is a better descriptive term, in the May-June timetable, just like we had intended to before this."

Appearing at a news conference at an Austin hotel flanked by two of his defense attorneys, Perry said: "I am proud to stand for the rule of law."

A day earlier, state Judge Burt Richardson, also a Republican, refused to void charges against Perry on constitutional grounds. The former governor was accused of abuse of official power and coercion of a public servant in an indictment brought in August by a grand jury in Austin, a liberal enclave in otherwise largely conservative Texas. 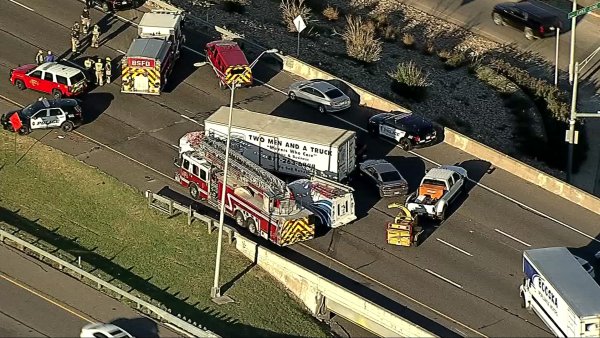 The charges stem from Perry's 2013 publicly threatening -- then making good on -- vetoing $7.5 million in state funding for a public corruption division within the office of Travis County District Attorney Rosemary Lehmberg. That came after Lehmberg, a Democrat whose county includes Austin, rebuffed Perry's calls to resign following her drunken driving conviction.

Perry has spent about $1.1 million of his campaign funds on his defense, and Richardson's ruling means it will likely continue for months, which could crimp Perry's fundraising abilities.

Still, Perry defense attorney Tony Buzbee said the wording of the judge's ruling indicated that he had some concerns about both charges but felt it was too early in the case to dismiss them. Buzbee noted that Richardson asked the special prosecutor leading the case, San Antonio defense attorney Michael McCrum, to refile one of the charges because it was vague, and raised questions about the other.

Buzbee and another Perry lawyer, David Botsford, said they would file additional motions challenging the case, and appeal the ruling to Texas' Third Court of Appeals. Botsford said a ruling from the higher court could take 60 days.

McCrum has maintained that the case against Perry is based on evidence, not politics, and should be heard by a jury.

As he has been since the indictment, Perry was defiant Wednesday, saying he'd issue the veto again if given the choice.

"The prosecution's case amounts to the criminalization of politics and it would impose a chilling effect on free speech," he said.

Perry was the longest-serving governor in Texas history but chose not to seek re-election and left office last week. His 2012 presidential bid flamed out in a series of public gaffes, but he has said he'll be better prepared should he try again.

The former governor was among many conservative would-be presidential contenders at last weekend's Freedom Summit in Iowa, and he was in South Carolina when Richardson ruled.

"What I hear overwhelmingly from folks out there is great support for standing up for the Constitution," he said Wednesday.