Chandler Parsons scored 22 points, and the Dallas Mavericks hit 11 3-pointers while cruising to a 98-75 victory over the Minnesota Timberwolves on Wednesday night.

Parsons hit 9 of 13 shots and Dirk Nowitzki added 16 points and nine rebounds in 26 minutes for the Mavericks (30-13), who crept in front of idle Houston (29-13) for sole possession of fourth place in the demanding Western Conference.

Andrew Wiggins had 18 points for the Timberwolves (7-34), who tied a franchise mark for worst record halfway through the season. Nikola Pekovic scored 14 points in 23 minutes in his return from a 31-game absence for a right ankle injury.

The Mavericks shot 51 percent and held the Wolves to 35 percent shooting. 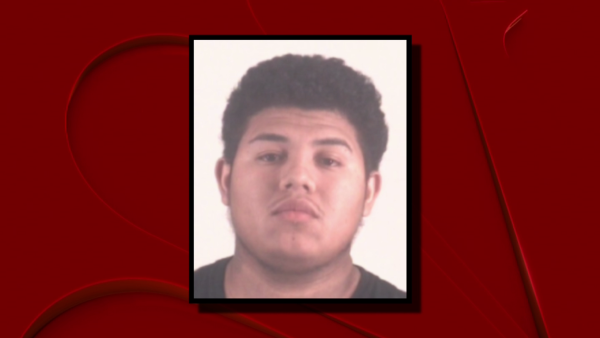 10 most wanted fugitives 11 mins ago

Dallas only had two players score in double figures, but that was all it needed against the overmatched Timberwolves.

Parsons has tangential ties to Minnesota. Houston drafted him with a pick it bought from the Wolves in 2011, and Parsons' emergence as a star is one of many opportunities this struggling franchise has missed in the last decade of futility.

The Mavericks lured Parsons away with a three-year, $45 million deal in the offseason, and he hit eight of his first nine shots, including all three of his 3-pointers, while helping Dallas to a 21-point lead in the second quarter.

J.J. Barea had 10 assists, and the Mavericks passed circles around Minnesota's inept defense to get open shot after open shot.

Pekovic was sidelined with chronic pain in his ankle in November and spent the next two months consulting with doctors at the Mayo Clinic in hopes of finding a treatment for an injury that has plagued him for much of his career. But he was sharp in his return, going 5 for 11 with four rebounds.

Thaddeus Young had 14 points, 11 rebounds and six assists for Minnesota.

Mavericks: Coach Rick Carlisle on Cavs F Shawn Marion, who told The Arizona Republic that he plans to retire after this season: "He'll go down as one of the most underrated players in history if you look at his statistics and you look at his success in terms of winning. He's a great player." Marion spent five seasons in Dallas and won a championship there.

Timberwolves: Coach Flip Saunders said before the game that PG Ricky Rubio's left ankle injury, which has kept him out for nearly 11 weeks, was "far worse than just a high ankle sprain." Rubio participated in contact drills for the first time on Tuesday and is pushing to return to action. But Saunders said he also suffered ligament and muscle damage that is prolonging the process. ... Wiggins accepted his Western Conference Rookie of the Month award for the month of December prior to the game. He has won the award in each of the first two months.