Hundreds of parents waited for hours to reunite with their children after a shooting at Mansfield Timberview High School on Wednesday morning.

The parents gathered at the Mansfield ISD Center for Performing Arts, about six miles away from the high school, which was identified as a reunification center.

As school buses, full of students, arrived at the Center for Performing Arts, we saw police officers scan each and every student ID badge as students got off the bus in an attempt to make sure everyone was accounted for.

Hundreds of parents rushed to the Mansfield ISD Center for Performing Arts and waited to be reunited with their kids after a shooting at Mansfield Timberview High School.

Like many parents, Ontario Hewitt Sr. said he got word of what had happened via text message from both of his kids.

“We rushed out of the house and made our way to the school," said Hewitt.

He and his wife waited until they were sure both their son and daughter were on buses before driving to meet them at the reunification site.

“It was nerve-wracking all day, especially since when they were loading the buses, she loaded first and he was still inside the building," said Hewitt.

Senior Ahmed Almomani said he couldn't be more grateful to head home with his parents and sister hours after he hid in a classroom.

“Whenever I saw my mom, I kissed her. It’s the first thing I did. I gave my dad a big hug. I’m like, 'I missed y’all so much.' I saw my sister. I hugged her. I was like, 'I missed her so much'," said Almomani. "You know what I mean? Life is good. You can’t take life for granted. You’ve got to thank God every day whenever you wake up in the morning." 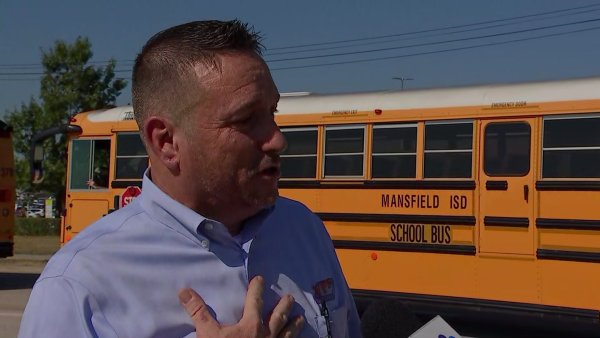 ‘Not Knowing is the Worst Feeling in the World:' Father Reacts to Timberview H.S. Shooting 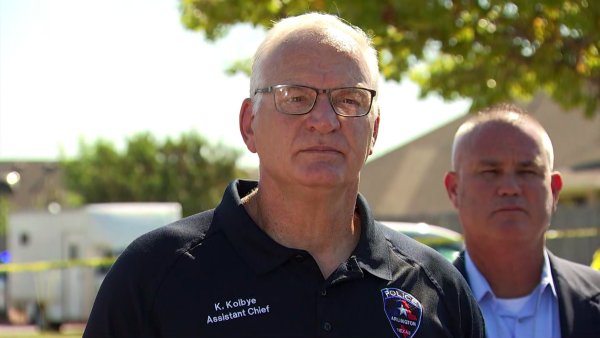 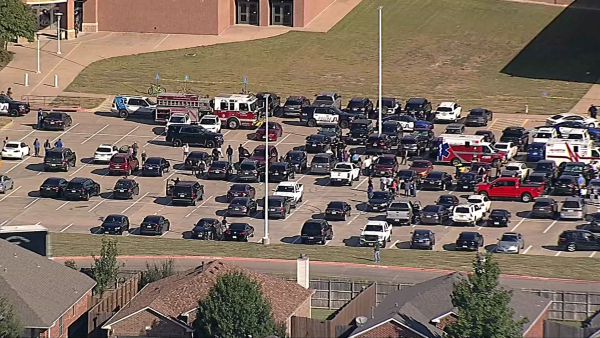 Parents Wait for Word and Reunion With Children After School Shooting

Wednesday night, Cornerstone Church in Arlington held a prayer service to provide a safe environment for students and parents to gather and pray.

The Mansfield ISD says counseling services were available for students and parents at the reunification location.

Out of an abundance of caution, the district placed all schools that feed into Timberview High School on lockout until the MISD police department cleared those campuses. A lockout means classes will resume, but no one will be allowed in or out of the building.

Many parents learned about Wednesday’s shooting at Timberview High School through frantic text messages or calls from their children. NBC 5’s Katy Blakey caught up with parents who rushed to the scene but were kept away from the campus until they were reunited with their children.

There was an active manhunt for an 18-year-old student from Timberview High School who is being considered a "person of interest."

He was identified as 18-year-old Timothy George Simpkins. Simpkins later turned himself in to police and is facing multiple counts of aggravated assault with a gun.