Chemirmir goes on trial Monday in the death of 81-year old Lu Thi Harris, one of 18 people he is accused of killing.

LIVE VIDEO: Watch full coverage of the capital murder trial of Billy Chemirmir all week on NBC 5 and the live stream from inside the courtroom in the video player above and on NBC 5's AppleTV, Roku, and Fire TV streaming platforms.

The trial has begun for accused serial killer Billy Chemirmir, the man believed to have killed 18 older women in the Dallas area over a two-year span.

Chermirmir, 48, is being tried in Dallas in one of the deaths. He faces life in prison without parole if convicted of capital murder in the death of 81-year-old Lu Thi Harris. Prosecutors decided not to seek the death penalty. His attorney entered a not guilty plea for him Monday on the charge.

"This is a case about stalking, smothering, and stealing," prosecutor Glen Fitzmartin told the jury in his opening statement.

The defense did not make an opening statement. Chemirmir's attorney has called the evidence against Chemirmir circumstantial.

Chemirmir was arrested in March 2018 after 91-year-old Mary Annis Bartel survived an attack by a man who forced his way into her apartment at a senior living community in Plano. The man told her "don't fight me" as he tried to smother her with a pillow and left with jewelry.

Bartel died before her 92nd birthday, but recorded a video deposition to be used, if needed, in future court proceedings. That deposition was played at the start of the trial Monday morning and in it Bartel recalled the day she opened her door to find a man wearing green gloves. She said she fixated on the gloves and knew she was in trouble.

"My eyes were just fixated on these green rubber gloves that I saw … I knew instantly when I saw those two green rubber gloves, number one, I should not have opened the door, number two, my life was in grave danger," Bartel said.

She said the man told her to go to her bedroom and then pushed her pillow into her face and used "all his weight to keep me from breathing."

Bartel said she tried to reach her "Life Alert" necklace but was unable to activate the call for help.

The woman told police she was missing her wedding band, an engagement ring, and other jewelry after the attack, but that she remembered few details about the man other than the green gloves.

Bartel and her experience was the subject of an NBC 5 streaming series released last week, "Stranger at the Door."

Watch Part 1 of "Stranger at the Door," an NBC 5 streaming series. Watch the rest of the episodes on the NBC 5 app on Roku, FireTV, AppleTV and Peacock.

When police tracked Chemirmir to his nearby apartment the day after Bartel was attacked, he was holding jewelry and cash. A jewelry box police said he had just thrown away led them to a Dallas home, where Harris was found dead in her bedroom, lipstick smeared on her pillow.

Detectives said Chermirmir smothered his victims with a pillow and then stole jewelry.

In opening statements, Fitzmartin said that earlier that day, Harris and Chemirmir had been checking out at the same time at a Walmart store.

Opening arguments began Monday in the capital murder trial of Billy Chemirmir, who is accused of killing 18 older North Texas women over a two-year span.

After his arrest, authorities announced they would review hundreds of deaths, signaling the possibility that a serial killer had been stalking older people. Over the following years, the number of people Chemirmir was accused of killing grew.

Fitzmartin said jurors would also be hearing about the killing of 87-year-old Mary Brooks, who was found dead in her Richardson home in January 2018. Chemirmir has been charged with her death.

He said that Brooks' death had originally been called a natural death, but after an investigation following the arrest of Chemirmir, the medical examiner changed the cause of death to homicide. 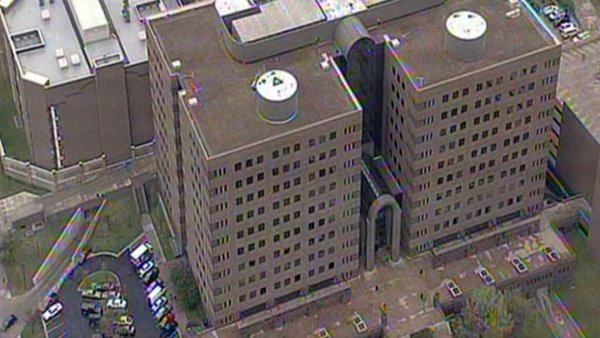 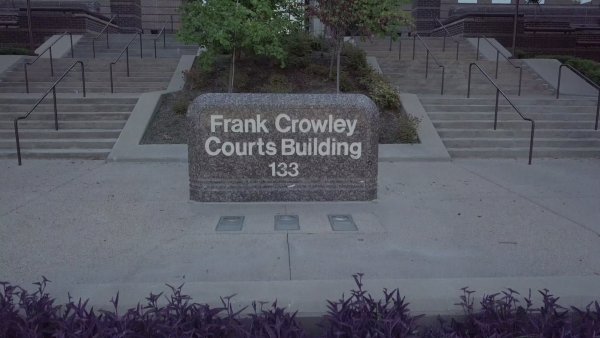 Fitzmartin said that the day before Brooks was found dead, she was at a Walmart, the same Walmart that Harris was at before her death later in the year. Fitzmartin said that a vehicle model known to be driven by Chemirmir was parked next to Brooks' vehicle.

"He follows her out of there, follows her to her house, kills her, steals from her," Fitzmartin said.

Most of the victims were killed at independent living communities for older people, where Chemirmir allegedly forced his way into apartments or posed as a handyman. He's also accused of killing women in private homes, including the widow of a man he had cared for in his job as an at-home caregiver.

Families who believe their loved ones were killed by Chemirmir have had to wait more than three years for their day in court.

Families representing 10 of the alleged victims arrived in court Monday wearing red ribbons with photos of their loved ones.

COVID-19 protocols prevented families from being in the courtroom for testimony, a decision many were not happy about.

"We regret we weren't able to see the jury and the jury isn't able to see us," said Shannon Dion, whose mother Doris Gleason died inside her home at The Tradition-Prestonwood in October 2016.

The families gathered in a separate room to watch the trial online.

"This is such a surreal experience," said Cheryl Pangburn, the daughter of Marilyn Bixler. "Outside of each other it's hard for anyone to understand what this is like to go through."

The families said they were encouraged by Bartel's recorded testimony.

"What a great representation of our mother she was," said Loren Adair Smith, whose mother, Phyllis Payne, died at Edgemere Senior Living Center.

"It’s horrifying to think that that’s what our dear moms went through," Smith said.

George Millner is a Dallas criminal defense attorney not associated with the case. He said he expected jurors will react to evidence presented in the trial in a similar way to a child abuse case.

“If the jury really believes he did this, they’re going to hate him,” Millner said. “It’s going to infuriate people. The jury is going to be visibly mad.”

Chemirmir maintains his innocence on all charges.

If convicted he faces an automatic life sentence without parole, which means families would not testify during a sentencing phase.

The Dallas District Attorney's office told loved ones if prosecutors can get a conviction on one or two of the murder charges, they would dismiss the remaining indictments.