Opal Lee, whose lifetime of work obtaining national recognition for Juneteenth culminated with the day being recognized as a federal holiday last summer, is being honored again -- this time by being named the grand marshal of Fort Worth's annual Parade of Lights.

Organizers of the 39th annual GM Financial Parade of Lights said Lee, 95, will be joined by her family and Dr. Belay Reddick, a criminal justice reform advocate, atop the celebrated Grand Marshal float during the 2.2-mile parade route through Downtown Fort Worth.

"The Grand Marshal float design will incorporate the name of Lee and Reddick's shared message, the "Change is Possible Tour."

Before the parade, in General Worth Square, 1,000 copies of Lee's children's book, "Juneteenth: A Children's Story" will be given away beginning at about 1 p.m.

"The book introduces the history of slavery and freedom to children in an easy-to-understand way, while also highlighting the celebration of Juneteenth and the importance of commemorating the milestone across America," organizers said. 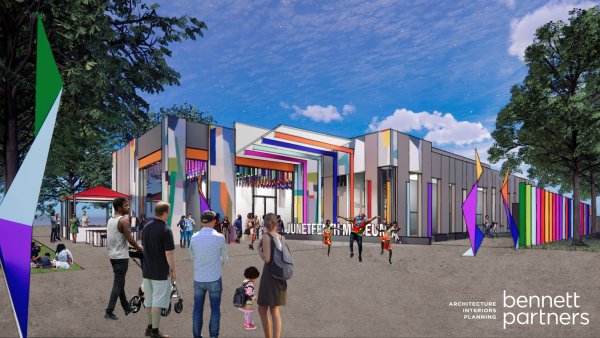 Under Trump, Juneteenth Was Marred by Controversy — With Biden, It's a Federal Holiday

The parade begins at Houston and Weatherford streets and goes east on Weatherford, south on Commerce Street, west on 9th Street, north on Houston, west on 2nd Street, south on Throckmorton Street, and ends after turning west on 3rd Street.

Tens of thousands of people generally line the streets of Fort Worth to watch the state's largest illuminated holiday parade. Reserved seats are available along the parade route, otherwise, it's standing room only.