Early Monday morning Oklahomans were rattled again by a 2.9 magnitude aftershock, which was small compared to the weekend earthquake that was felt in neighboring states.

Saturday night's quake was recorded at 10:53 by the United States Geological Survey.  The USGS originally reported the quake was a 5.3, but said it was a 5.6 after it was reviewed by a seismologist. 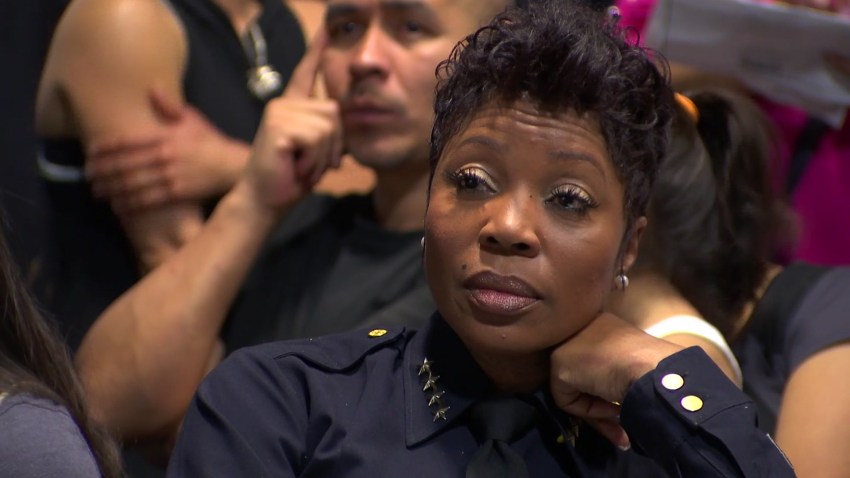 In Las Colinas, Marcella Villagra said she was sitting at her computer, when her chair started rolling. She looked up at a hanging pot, and saw it was moving too. That’s when she knew something was going on.

Camille Forsythe just moved to Plano from Memphis, Tenn. She said she was closer to a fault line in Memphis, but never felt an earthquake. Here, two months after moving, she said the ground started moving on Saturday night.

“I was on the floor reading a book and all of the sudden it just started moving, wasn’t sure what was going on,” Forsythe said.

The 5.6 rating makes it the largest quake in Oklahoma's history.  Reports show that the record-setting earthquake has been felt from Texas to St. Louis.

The USGS said the epicenter of the quake was 21 miles north-northeast of Shawnee, which is roughly 40 miles east of Oklahoma City. The depth of the quake, from the USGS was 3.1 miles.

Jessica Turner with the USGS told The Associated Press that the subsequent magnitude 4.0 quake that struck at 3:39 a.m. Sunday was an aftershock centered some 36 miles east of Oklahoma City in the same region. Like Saturday night's quake, she said it was another shallow quake occurring about 3 miles underground, but experts had no immediate explanation for the spurt in seismic activity.

Saturday night's earthquake jolted Oklahoma State University's stadium shortly after the No. 3 Cowboys defeated No. 17 Kansas State. The crowd of 58,895 was still leaving when it hit, and players were in the locker rooms beneath the stands at Boone Pickens Stadium.

The temblor seemed to last the better part of a minute, rippling upward to the stadium press box.

"Everybody was looking around and no one had any idea," Oklahoma State quarterback Brandon Weeden said. "We thought the people above us were doing something. I've never felt one, so that was a first."

A series of quakes, the largest being a 4.7, shook the same area overnight Friday. As of Monday morning's 2.9 magnitude quake 5 miles west northwest of Prague, Okla., the USGS has recorded 18 aftershocks ranging in magnitude from 4.0 to 2.7 in the same area.

The earthquakes are occurring on a known fault line, the Oklahoma Geological Survey told Oklahoma's NewsOn6.com.

There were no reports in the hours after the quakes of any severe injuries or major devastation.