This week, investigators with the National Transportation Safety Board will be in Fort Worth to continue their probe in the deadly I-35W pileup in February.

NTSB has confirmed that two investigators are in the area over the next few days to conduct interviews. An NTSB spokesperson said a preliminary report is expected to publish in the next few weeks.

NBC 5 can’t confirm who the investigators will be speaking to this week but the NTSB said their investigation, which has been ongoing since Feb. 16, remains focused on a specific part of the crash – the road treatment procedures.

Recently released 911 calls from drivers on Feb. 11, the day of the crash, portrays moments of panic as drivers said they hit patches of slick ice on the TexPress lanes of I-35W, just north of downtown Fort Worth.

While very little is being said on their findings so far, generally speaking, the NTSB said they are focused on learning what they can about those circumstances around road treatment for snow and ice.

That includes but is not limited to what treatments were used, when they were applied, guidance, policy or procedures relating to road treatment, and any other relevant information. 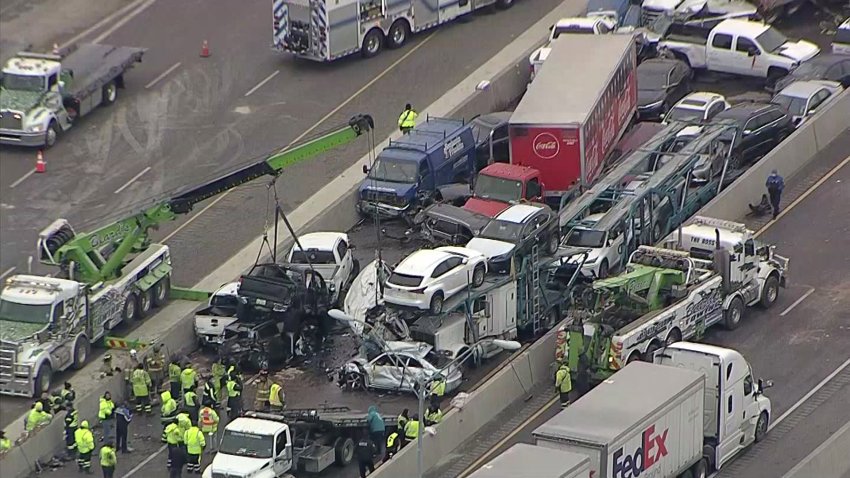 NTSB – which typically looks into air crash cases – is coordinating their investigation with the Texas Department of Transportation and the North Tarrant Express Mobility Partners, which built the managed toll lanes and maintains the North freeway.

The preliminary report that is expected to be in a few weeks will detail facts that the federal agency will be able to confirm up to that point. It will not contain analysis, findings or probable cause.

The NTSB said investigations of this type generally take between a year to a year and a half to complete.

Locally, other agencies like MedStar, the Fort Worth Police Department and Fort Worth Fire Department have been conducting "after-action" reviews to examine their own response and strategies.

A joint review between the agencies is expected soon.

Emergency crews in Fort Worth are working to rescue drivers from what firefighters are calling a “mass casualty incident” along Interstate 35W, where icy road conditions caused drivers to lose control and collide early Thursday morning.

“You’ve got the bus crashes. You’ve got the airplane crashes, active shooters. We train for all of those things. This particular event was something we might train for in general, but it was much greater than any type of event we could have imagined,” said Matt Zavadsky with MedStar.

Zavadsky said, by and large, their overall response was the best they could do. However, their after-action review pointed out two items they felt could be improved upon.

“We were keeping in constant communication with the hospitals but it was by telephone, which required a lot of phone calls, a lot of people to do that. We have the capability of linking all the hospitals together with us on a radio frequency, so we’re going to do that from now on,” he explained. “Second is the operation of the am-bus. We’ve used our ambulance bus more in the past 45 days than we have in the last two years, so getting our staff a little more familiarity, activating it sooner, are a couple of things we are going to do better next time around.” 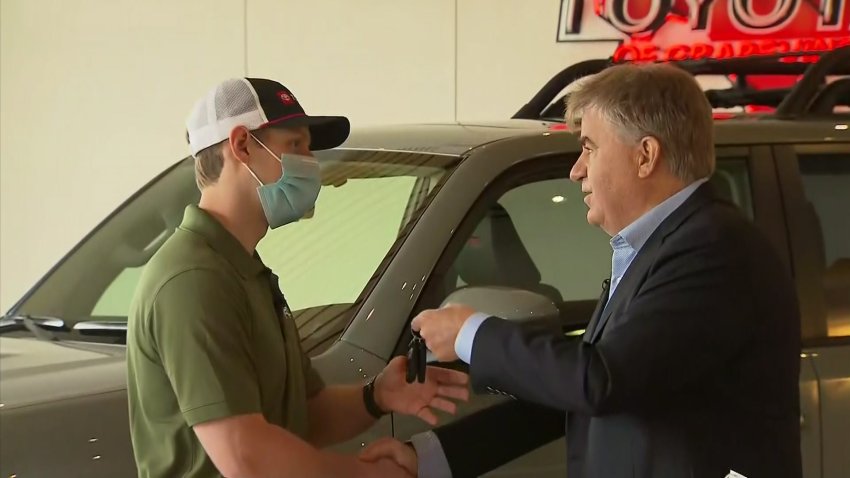 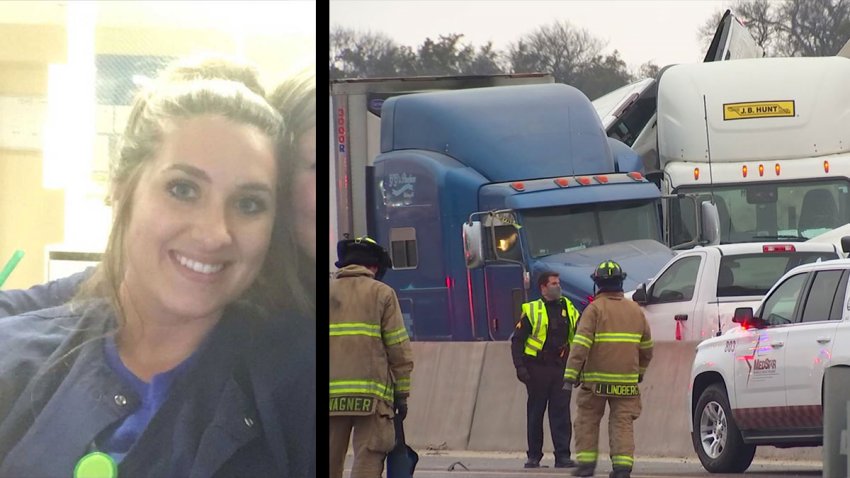