The crash happened in the 12600 block of Farm-to-Market Road 407 just west of Justin.

Officials with the Northwest ISD said 18 children were on-board at the time. Seven of those students sustained minor injuries and were transported to a local hospital.

Northwest ISD released a statement after the crash saying "On Tuesday afternoon, a Northwest ISD bus transporting 18 students from Justin Elementary School was involved in an accident at Bill Cook Lane and F.M. 407 that resulted in the bus turning on its side. Seven students with minor injuries were transported to a local hospital following the accident, and the district worked with first responders to further determine the extent of injuries. The remaining students have since been transported back on a different bus to Justin Elementary. Families of students who were transported back can pick up their students at the school.Media inquiries regarding the accident itself can be directed to Lonny Haschel of the Texas Department of Public Safety."

From NBC 5's Texas Sky Ranger, tire marks could be seen stretching across the two-lane road and into the grass where the bus left the roadway. The school bus came to rest on its side, stopped by a utility pole adjacent to a line of trees. 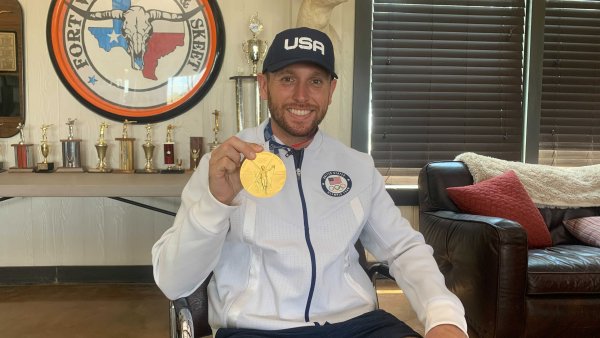 Northwest ISD requested a second school bus come to the scene to to transport the uninjured children back to Justin Elementary. Parents can then pick up their children from the school.