Reid was working towards his final Eagle Scout merit badge on June 12 when he was overcome by heat stroke while hiking at Buffalo Trail Scout Ranch.

Comita died before he could complete his Eagle Scout project.

"When he died, I was like, 'This is something that needs to get done,'" said neighbor and fellow Eagle Scout, Caleb Chasteen, who picked up where Reid left off on the project — a children's play area at The Gatehouse in Grapevine. 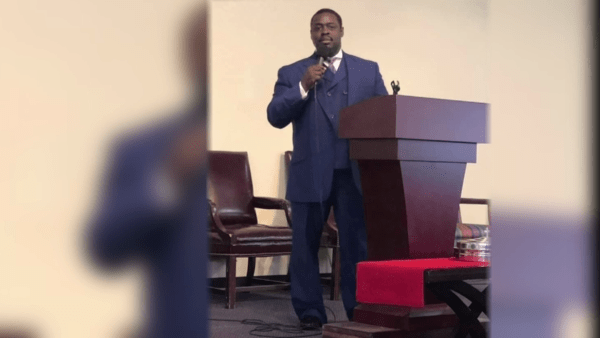 "This was what his project was going to be, and I'm glad it's still happening," said Eagle Scout Andrew Sylvesterz. "We have people going around doing all sorts of different things. It's crazy!"

With more than 100 people who volunteered to help, The Gatehouse came up with several other projects.

"They're here, and we're leaving a legacy for Reid," explained Scoutmaster Shawn Chisholm.

"The scout should be there to receive his badge," she said, holding back tears. "His life was too short."

The Gatehouse, a place for women and children in crisis, was the site Reid chose for his project.

"He wanted to give and he had a big heart," said Kim Taylor, of The Gatehouse, who met Reid when he was planning his project. "He really wanted to do something special for the children who live at The Gatehouse."

"I'm honored and I'm blessed, but I miss him terribly," said Copper Comita, Reid's mother. "I think he's looking down on us and saying, 'Job well done!'"

With the project complete, Reid Comita was posthumously named an honorary Eagle Scout. His troop and family plan to petition the national organization to give Reid full Eagle Scout rank. They said they hope it will help other families in the future get what their sons worked so hard to achieve.