No one was seriously hurt in the Nov. 24 storm, Arlington police say

Newly released police video is offering a first responder's viewpoint of the destructive power of an EF-2 tornado that ripped through Arlington just two days before Thanksgiving.

The Arlington Police Department published video captured by officer's body cameras the night of Nov. 24, when a twister brought winds as strong as 115 mph along a 5-mile path in the city. Officers were dispatched to help assess the damage, help emergency crews and help control traffic, the department said.

"We're sharing footage from multiple officers who responded that night to give you some insight into what happens when we're called to act following a widespread emergency situation," the department wrote.

Seven buildings had collapsed including locations at three apartment complexes, two commercial buildings, a church and a home, the fire department told NBC 5.

"The tornado came, whatever it was, it came straight through here. It was coming this way," one officer is heard in a recording. Video from another officer showed her efforts to help residents from a badly damaged building in the Waterdance Apartments community.

No one was seriously hurt in the storm.

"We'd like to thank all of the first responders and emergency personnel for their swift response, their professionalism, and extensive efforts that night," the department wrote. 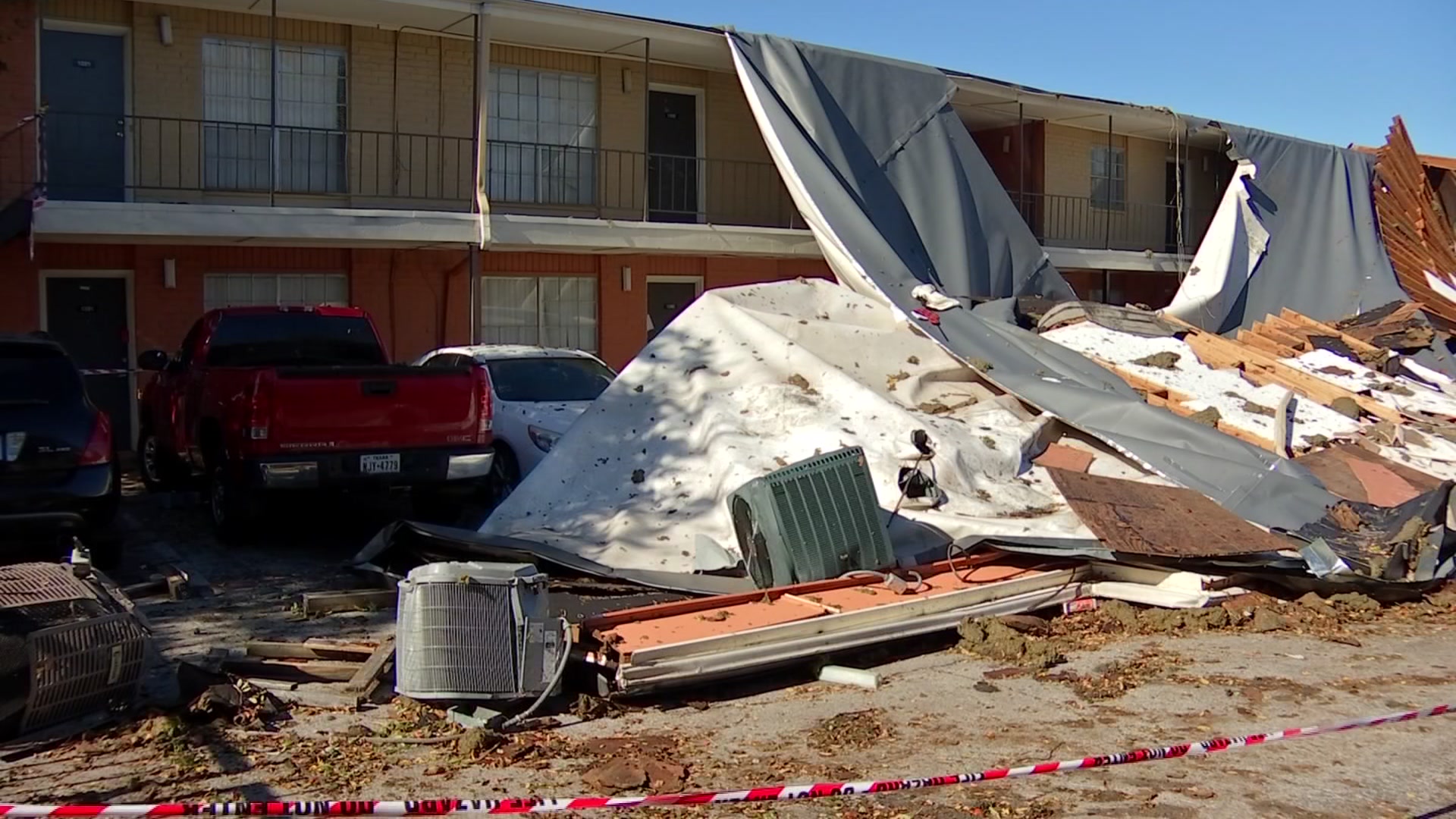 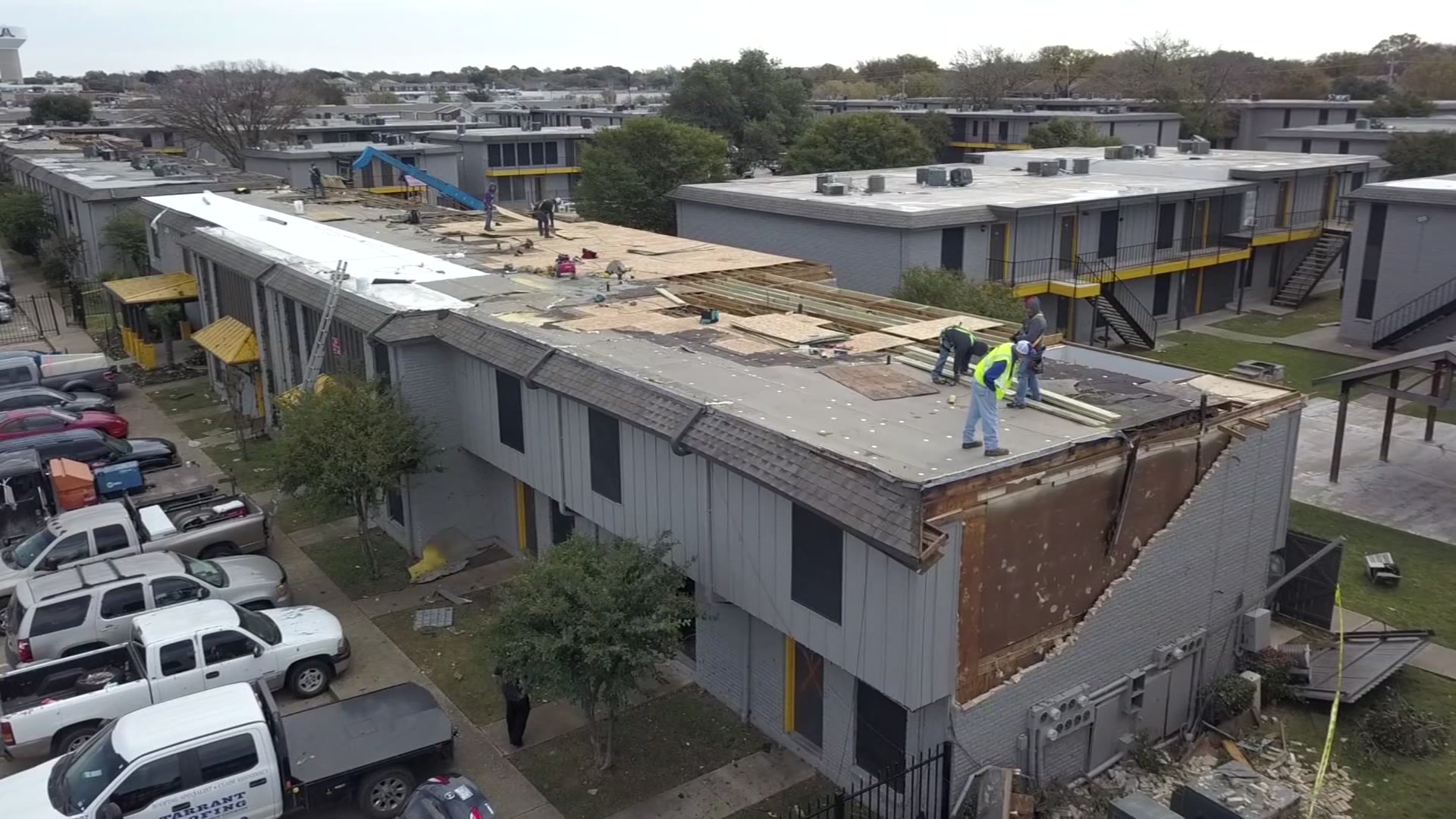