A Winter Storm Warning is in effect from 6 p.m. Tuesday until 6 a.m. Thursday; power outages expected to continue

Nearly 4 million homes and businesses continue to be without power in Texas, where temperatures dipped below zero Tuesday morning.

Outages happened all morning at a hotel in Denton. Low temperatures were down to -4 Tuesday morning. Staff was busy running hot coffee and taking care of visitors who came to the hotel looking for warmth. NBC 5’s Alanna Quillen has the story from Denton.

North Texas shattered a previous record low on Tuesday morning after dropping to a temperature of -2 at Dallas-Fort Worth International Airport, where records for the area are kept, the National Weather Service confirmed.

As the bitter cold persists, a Winter Storm Warning will be in effect from 6 p.m. Tuesday until 6 a.m. Thursday as Texas prepares for another round of snow and ice.

That is not the news Texans want to hear as homes that had already been without electricity for hours had no certainty about when the lights and heat would come back on.

What began as rotating outages are now just controlled outages because providers like Oncor have only so many options when it comes to whose power to turn off. Since they can't turn off power at hospitals, fire and police stations and other locations that are critical to infrastructure, they typically move through neighborhoods with each going down for a few minutes at a time. But with so much power needing to be removed from the grid, there are fewer locations to choose from and that means those neighborhoods that are able to be taken offline are being taken offline for longer periods of time.

That marks an increase of 2,000 megawatts from the peak of 16,500 megawatts ERCOT requested from providers on Monday.

Many North Texas cities are opening warming centers as residents are left with no power and no heat amid record-breaking cold. Click here to find one near you.

Oncor said outages will continue as the grid contends with record-low temperatures and power generation.

In a tweet Tuesday morning, Dallas County Judge Clay Jenkins said 280,000 Oncor customers in Dallas County were without power and that electricity infrastructure was breaking. He said that in a call with ERCOT senior leadership, he was told that a power generation increase expected overnight did not happen.

However, ERCOT's tweet Tuesday morning pointed to "increased customer restoration" later in the day with the return of generators and renewable output.

"EMERGENCY UPDATE: Due to ongoing record-low temps and generation, ERCOT has continued to direct Oncor and utilities across Texas to drop power load through maintained controlled outages. These controlled outages are occurring across the state and our entire service territory," ERCOT tweeted.

Officials warned that homes still without power would likely not have heat until at least Tuesday, as frustration mounted and the state's electric grid came under growing demand and criticism.

Meanwhile, power outages forced boil water notices to be issued for the city of Princeton in Collin County as well as for a large portion of North Fort Worth and other Tarrant County cities served by the Eagle Mountain Treatment Plant.

"This weather event, it's really unprecedented. We all living here know that," said Dan Woodfin, ERCOT's senior director of system operations. He defended preparations made by grid operators and described the demand on the system as record-setting.

"This event was well beyond the design parameters for a typical, or even an extreme, Texas winter that you would normally plan for. And so that is really the result that we're seeing," Woodfin said.

ERCOT said on Monday the outages were expected to continue until generating units that were forced offline Sunday night are able to resume producing electricity, and that will not likely occur until sometime Tuesday.

ERCOT reported at 4 p.m. Monday 2,500 MW of load was restored, enough power to serve 500,000 households, but spread across the state many saw no change in their power.

"ERCOT and Texas electric companies have been able to restore service to hundreds of thousands of households today, but we know there are many people who are still waiting," said ERCOT President and CEO Bill Magness. "It’s also important to remember that severe weather, mainly frigid temperatures, is expected to continue, so we’re not out of the woods."

On a call with reporters Monday night, a spokesperson for Oncor, which operates the electric grid for much of North Texas, said the company was hoping to get back to a more regular rotation of shorter rolling outages soon.

"It won't be these hours-long outages that we've experienced today, it will be more of a regular cadence," said Kerri Dunn with Oncor. But then Dunn added that it was also possible that longer outages could return if grid conditions worsen overnight.

Oncor said customers do not need to report outages at this time. They said crews are working to make repairs so that when the power is available it will be able to be delivered to homes.

“We ask customers to please continue to conserve what they can. We’ve heard firsthand from many of our customers about the conservation efforts they have made, and we greatly appreciate everyone’s continued participation," said Connie Piloto, Oncor Director of Communications. 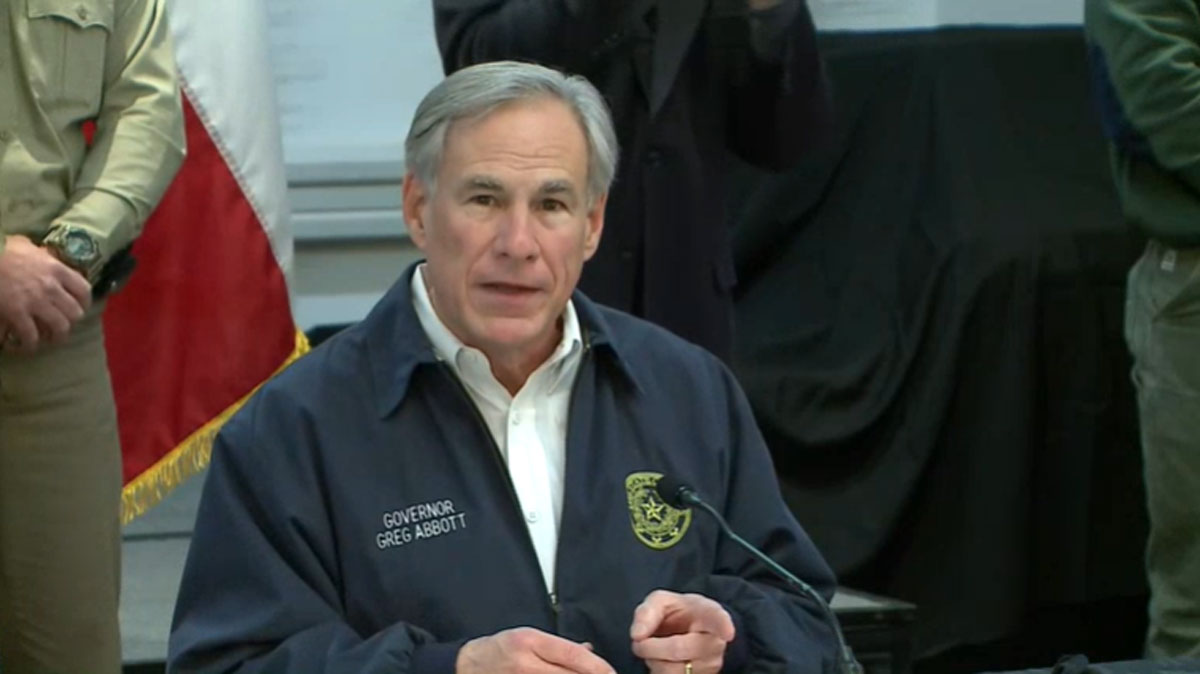 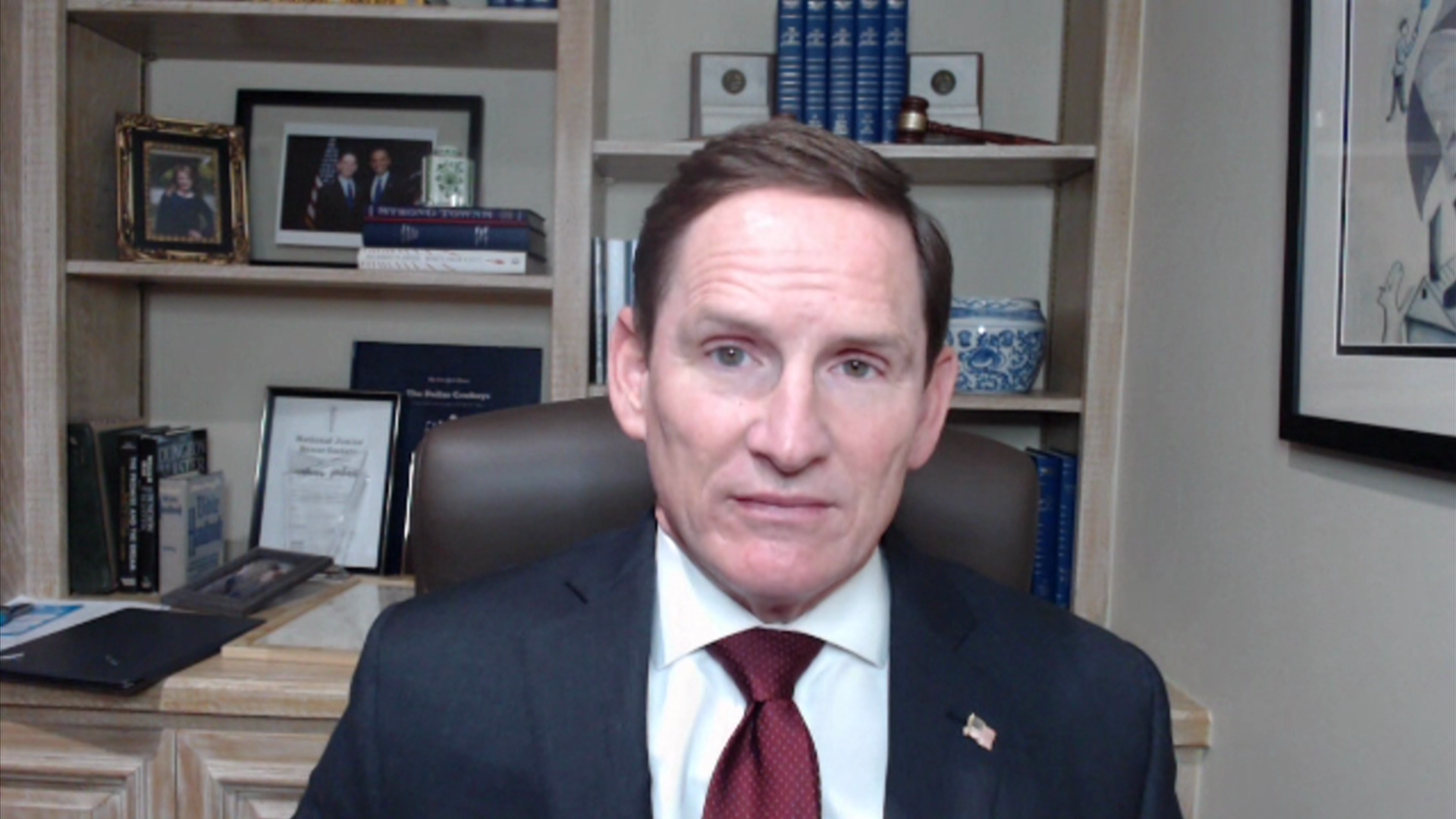 Q: Why is my power out?
There are two major issues affecting many customers right now: winter storm outages and controlled power outages directed by ERCOT, which serve to reduce high demand and protect the integrity of the electric grid. Due to the fast-moving nature of these two power emergency events, we are not currently able to break down the difference in outages on our Oncor Outage Map.
Q: When will my power be restored?
Given the unique combination of lack of generation and historic winter storm damage, estimated restoration times are not yet known. For outages related to the winter storm, our crews continue working around the clock to restore power. However, continued winter impacts such as extreme cold, treacherous road conditions and ice buildup is impacting progress. Controlled outages related to grid supply and demand have been significantly extended due to the current emergency grid conditions and severe cold weather. In order to preserve the reliability of the grid, ERCOT has said that additional generation will be needed before power can be restored. These outages are taking place across the service territory and ERCOT has said they could be required through Tuesday. We are asking all Oncor customers to be prepared to be without power for an extended period of time.
Q: Why are some homes out for hours and others for minutes or not at all?
Again, there are two major issues affecting many customers right now: winter storm outages and controlled power outages directed by ERCOT. We are using all designated power lines for controlled outages so that hospitals and other critical infrastructure remain intact and system stability is preserved. This means that customers near critical facilities, or those in limited areas where rolling outages won’t take place in order to maintain grid stability, may not experience outages, while those farther from these facilities or areas may be out multiple times or for longer instances. Additionally, during instances of substantial generation drop, there are safeguards built into the system that drop power loads automatically in order to prevent cascading widespread outages, or ultimately a blackout. These are designed to be shorter-term drops that are reset quicker than controlled outages to prepare for the next response opportunity.
Q: When will power generation plants come back on-line?
Due to the severe winter storm, we do not know and it is outside of our control. Conditions for power generation continue to be very serious and the combination of winter weather and reduced generation is unprecedented in the state of Texas. We are prepared for emergency operations to continue for at least several days.