Used exclusively by NBC/Telemundo station meteorologists, the StormRanger radar trucks have revolutionized the timeliness and accuracy of local weather forecasting and reporting

The National Academy of Television Arts and Sciences announced Nov. 15, 2018 that NBCUniversal Owned Television Stations, a division of NBCUniversal that includes 40 NBC and Telemundo stations in 28 markets, is a recipient of a 2018 Technology and Engineering national Emmy® Award for pioneering the development of StormRanger, or CazaTormentas, a first-of-its-kind mobile X-band weather radar truck for television weather forecasting and reporting.

The award recognizes excellence in engineering, including innovative companies and leaders that are setting new standards for technological excellence in the television industry.

The 2018 award recipients will be honored at the 70th Annual Technology and Engineering Emmy® Awards ceremony on Sunday, April 7, 2019 in Las Vegas, NV in partnership with the NAB (National Association of Broadcasters) Show/conference. 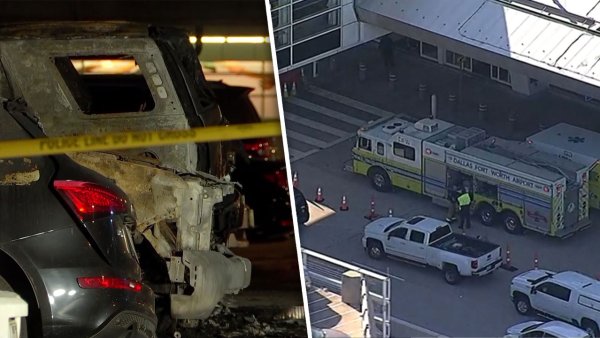 Developed by the NBC and Telemundo owned station group to help boost its meteorologists’ weather forecasting capabilities, the fleet of six StormRanger trucks travel through the stations’ markets, taking the radar directly to the weather for the closest, most detailed view and to show storms other radars simply can’t see.

Combined with a cutting edge fixed X-band radar network in Southern California, and high-frequency S-band radars located in the New York, Chicago, South Florida and Dallas-Fort Worth markets, the NBC and Telemundo owned stations have fundamentally improved their capability to detect dangerous weather and deliver life-saving information to their audiences.

“Weather has always been one of the most important things local stations do. As more severe weather events and fires affect the communities we serve, we decided to give our expert meteorologists a boost with exceptional technology,” said Valari Staab, President, NBCUniversal Owned Television Stations. “I am proud of our teams for reimagining the way that local weather information is detected and delivered. Our work is vital to helping communities stay safe when severe weather threatens.”

The trucks’ high-resolution radars can scan storms closer to the ground, and better detect snow, light rain, hail, as well as smoke. As a result, meteorologists can provide a more detailed report about atmospheric conditions in their markets to help viewers make important decisions in their day-to-day commutes and in times of severe weather.

NBCUniversal Owned Television Stations’ division multi-year, multi-million dollar commitment to substantially improve NBC and Telemundo stations local weather forecasting follows a series of investments made by NBCUniversal in all of its NBC and Telemundo stations to help the local teams better serve their English and Spanish-speaking audiences. NBCUniversal’s investment in the stations has resulted in the boosting of newsrooms through local news expansions, hiring of journalists and newsroom staff, introduction of new investigative and consumer teams and digital/mobile platforms, as well as the unveiling of modern news centers across eight markets to better serve all audiences.

For more information about NBC and Telemundo owned stations’ StormRanger, please visit NBCStormRanger.com and follow the StormRanger fleet on Twitter at @StormRanger.