Dallas' first police oversight monitor, Tonya McClary, is a pastor, former lawyer and activist who once lived in Kaufman County.

She joins the city of Dallas from New Orleans, which has a police department that's nearly three times smaller than the Dallas Police Department.

"One of the things I really want to do is help build the public's trust with the police department through transparency, fairness and professionalism, " McClary said.

She's held the chief monitor position in New Orleans for the past three years where she's in charge of reviewing and monitoring every officer-involved shooting in New Orleans. She's a civilian, independent from the police department, who makes sure all police procedures and policies are followed. She also reviews tactics and training and offers suggestions for changes if she feels that's necessary.

"I think it's really important work, " she said. "I think this is where we get to see a lot of our best practices in the police department, but also the worst practices."

McClary was hired by the Dallas City Manager T.C. Broadnax, but will report to the community police oversight board appointed by the City Council. Her office will be in Dallas City Hall, not at police headquarters.

In New Orleans she has a front row seat during ongoing investigations. She's able to listen as officers give their sworn statements to internal affairs. She can't question officers directly, but she does give feedback that investigators are free to use at their discretion.

"We have to investigate. They have a job as oversight, " said Lt. Kevin Burns, Jr., with the New Orleans Police Department. "If we can get high praise from the unit that oversees us, that gives us more accountability."

"It was very tense in the beginning, " McClary added. "I used to get a lot of snaky comments about, 'What do you know about this? You haven't been an officer.' I think it's just been over time, working with them to show when I'm out there and I'm asking these questions, it's really not about I'm trying to get you or got you. Sometimes I just didn't know the answer and I'm just trying to learn and other times it's because I wanted to recommend they do something different."

In Dallas, unlike New Orleans, McClary will have limited subpoena power to interview witnesses herself.

Dallas police officers and other city employees are off limits.

In New Orleans, the police department must notify her within one hour of a shooting, and her report starts at the crime scene.

But the city ordinance that governs the police oversight monitor's responsibilities does not allow McClary access to crime scenes. When pressed if that's something the city of Dallas would be willing to review, a spokesperson responded with a statement that read, "The City doesn't have any comment."

"I think it would be important," McClary said when asked if she wants that changed. "Having had that experience here in New Orleans, and because these are the cases that departments see themselves in civil lawsuits behind, its very important."

The president of New Orleans' police union says oversight monitors can be helpful, but have limited power.

Initially, McClary will be the only monitor in Dallas, but she hopes to hire a few more people to help with the work load.

She knows there will be skeptics, but she's ready to win them over. 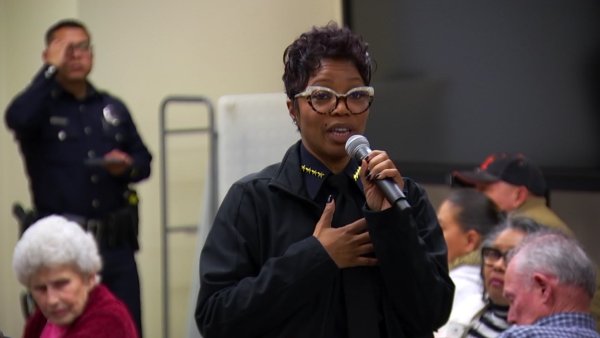