Darren McFadden is ready to give Joseph Randle a run for the job of replacing NFL rushing champion DeMarco Murray in Dallas.

And the top five pick by Oakland in 2008 is looking to put seven mostly disappointing and injury-plagued seasons with the Raiders behind him. And he's facing plenty of skeptics after missing the first two weeks of his first training camp with the Cowboys because of a hamstring issue.

"Everybody's entitled to their own opinion," the 27-year-old running back said Saturday after taking handoffs in practice for the first time. "So that's something I'm not going to dwell on or worry about. I'm just going to go out there and play ball and show everybody Darren McFadden." 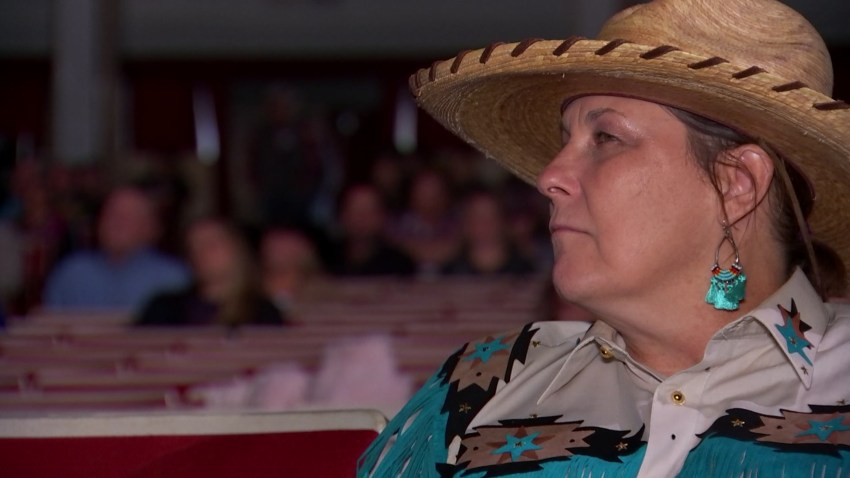 He hasn't shown the Cowboys much since signing in March, days after Murray picked NFC East rival Philadelphia in free agency.

McFadden had always had a natural tie to Cowboys owner Jerry Jones with Arkansas, their mutual alma mater. Jones couldn't resist the suggestion that McFadden might finally fulfill his promise running behind one of the NFL's best offensive lines, with three first-round picks from the past five drafts.

But the Cowboys tempered that talk after McFadden sat out most of the offseason with a hamstring issue, then reported to camp with another hamstring problem. After two weeks of conditioning work on the side, he finally took some handoffs in the morning walkthrough Saturday.

"I'm the type of guy I want to be out there hustling with my teammates and putting in the work with them," McFadden said. "So it's very hard for me. But I'm out there now. So I'm just looking forward to being out there and hustling with them."

Lance Dunbar also returned to practice Saturday after missing a week with a sprained right ankle. And Randle, who has been the clear leader to replace Murray almost by default, was slowed slightly before the preseason opener at San Diego with a strained muscle in his side.

Because of his injury, Randle skipped the 17-7 loss to the Chargers while undrafted rookie Gus Johnson got most of the work, gaining 35 yards on 13 carries before going out with a separated shoulder that could sideline him for a while in camp.

But even a healthy Johnson couldn't keep the focus off the competition between Randle, McFadden and Dunbar. It was the biggest position battle for Dallas coming into camp, and a two-week delay didn't change that much.

"Now that there is some competition out here, you are going to see some `hellified' running," said Gary Brown, the running backs coach.

Dunbar, an undrafted player in his fourth year, has always been viewed as more of a specialty back whereas McFadden has the size (6-foot-1, 220 pounds) to be an every-down power back in the same mold as Murray.

"I don't feel like I've lost a step at all," said McFadden, who has 4,247 yards rushing for his career. "I'm a mature guy. I'm a veteran player. I know defenses, and I know how to read them when I'm out there. For me, it's just getting back on the field and being healthy and being ready to play."

The Cowboys are going to be cautious with McFadden in workouts the same they were in keeping him out of them for two weeks.

"He's missed a lot," coach Jason Garrett said. "He hasn't really practiced very much since he's been with us, but he's a veteran player. He's a smart player. Very engaged in what we're doing in meetings and walkthroughs, and I think he has a very good understanding of our system and what we're going to ask him to do in all the different situations."

Now the Cowboys finally get to see what he'll do in those situations.

NOTES: Dallas moved McFadden to the active roster from the physically unable to perform list while signing RBs Ben Malena and Michael Hill to account for Johnson's injury. The Cowboys waived S Ray Vinopal after he injured his left ankle against the Chargers.