Armed robber, accomplice may be tied to a nearby hit-and-run that killed a dog and injured a woman as well as a second robbery where a store clerk was stabbed, police say

A man is dead and his wife is recovering after being brutally attacked and stabbed multiple times in a robbery Wednesday night as they enjoyed their evening walk in their southeast Arlington neighborhood, police say.

The search for the man's killer, meanwhile, is underway.

In a news conference Thursday, Arlington police Lt. Christopher Cook said the couple was walking along the 6400 block of South Collins Street at about 9:07 p.m. when a man armed with a knife attacked them from behind. The husband, identified by the coroner's office as 44-year-old Islam Duly, was thrown to the ground by the attacker, who began to stab Duly's wife while demanding their property.

Cook said Duly was stabbed more than a dozen times despite complying with the attacker's demands. The attacker punched the woman and stabbed her before running away to a sedan waiting nearby. 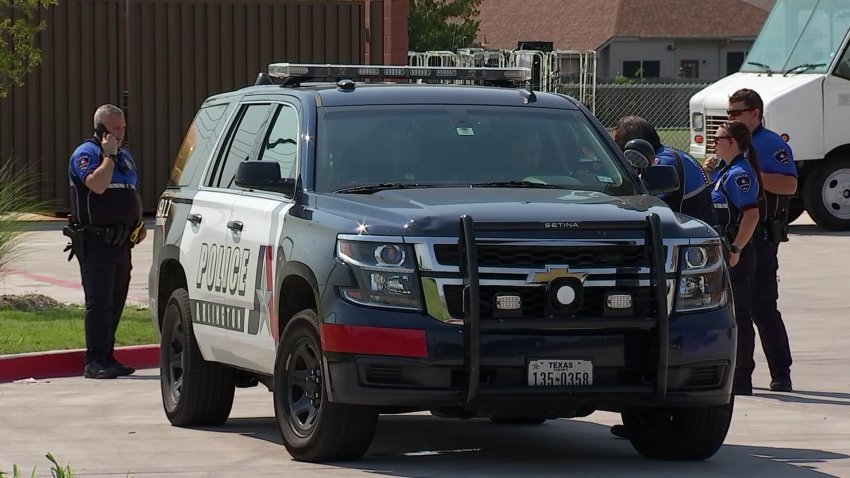 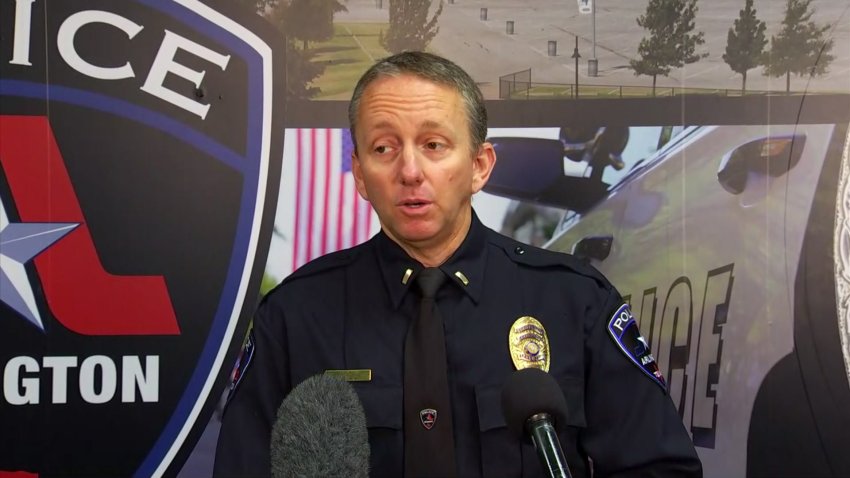 Duly was taken to a nearby hospital where he was pronounced dead. His wife was released from the hospital Thursday morning after receiving treatment for serious wounds, Cook said.

A family member told NBC 5 Duly also leaves behind three children. We're told he came to the United States from Kurdistan to pursue the "American Dream."

"What makes no sense to any of us is, typically, we recommend you comply. And that's exactly what this couple was doing. They did not resist this robbery attempt at all, but they were still brutally attacked," Cook said. "This was just a brutal, heinous act of violence on this couple," Cook said. "They were literally only a few houses away from their residence."

About five minutes after the attack, Cook said a woman was walking a dog in the 900 block of Southeast Parkway when she was struck by a vehicle turning onto Rising Meadows Drive. Thrown onto a grassy area of a yard, the woman overheard someone in the vehicle say, "grab her wallet. Grab her wallet," Cook said.

Newly released surveillance video shows the woman walking her dog just as she’s hit the car car. You see the car stop and what looks like a door open. The door closes and the car takes off again.

Cook said the woman didn't have anything to give and wasn't able to get a good look at the car before it sped away from the scene, leaving her injured and the dog dead. She was hospitalized with injuries that were not life-threatening.

Jason Trobaugh lives nearby and described the area as "quiet".

"There’s people walking their dogs and everything and everybody waves at everyone and says hi. I’ve never seen anything crazy like this going on," Trobaugh said. "It’s surprising. I don’t understand. I’ve never seen that kind of thing going on around here. It makes me wonder if it’s safe to walk around in the neighborhood."

Jerry Marshall has lived in the area for about 25 years. Like Trobaugh, he described the neighborhood as quiet. While he found the attack shocking, he said he did not feel any less safe to go out and ride his bike with her wife as they frequently do.

"I know how to protect myself and her and she knows how to protect herself. It’s scary, but you can’t just let life stop at this," Marshall said. "If you live in fear, you’re going to always be afraid. I’m not that way."

Investigators believe the two cases are likely related and are asking for anyone with home surveillance cameras to check for any clues between the hours of 8:30 p.m. and 9:30 p.m.

“We are really needing the public’s help on this case to bring the person or persons responsible to justice,” Interim Police Chief Kevin Kolbye said in a written statement. “Our hearts go out to the victims and families impacted by these acts of violence.”

Only a vague description of the attacker was provided. Cook described him as a Black male with a skinny build, wearing a black hooded sweatshirt with a facial mask that partially covered the front of his face.

Cook said they were reaching out to nearby departments to see if there are any similar cases. He said investigators are looking into a robbery that took place on Monday in the same part of the city where a 7-Eleven clerk was stabbed even after complying with the robber's demands.

At this time, officials have not made definitive connections between the attack at the convenience store and the fatal robbery and hit-and-run Wednesday night.

Anyone with information about the incident is asked to call homicide detectives at 817-459-5735. Anonymous tipsters can contact Tarrant County Crime Stoppers at 817-469-TIPS.