A man behind bars, accused of breaking into women's homes and sexually assaulting them, admitted to the crimes while talking with NBC 5's Ashleigh Barry Wednesday at the Denton County Jail.

Earl Thompson told NBC 5 in an interview Wednesday that he's glad he was caught and that he's not a monster, just a husband and father who needs help.

At times during the interview, Thompson was emotional, wiping tears from his eyes as he spoke about the allegations against him.

Thompson was arrested five days ago in connection with several home invasion sexual assaults where the victims all described a similar looking man. Police said the investigation into the attacks went on for several weeks after several women came forward with reports of being assaulted by a man who forced his way into their homes and covered their heads while saying he didn't want to hurt them. 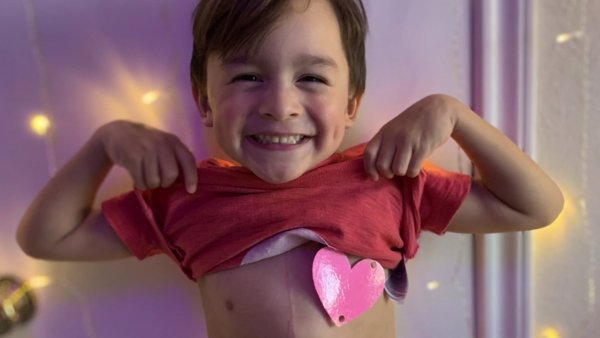 He told NBC 5 Wednesday that he regrets what he did to them. When asked by Barry if he covered the women's heads and told them to be quiet ... if he was responsible for those crimes, Thompson replied, "Yes, ma'am," and started to cry.

A man behind bars, accused of breaking into women's homes and sexually assaulting them, admitted to the crimes while talking with NBC 5's Ashleigh Barry Wednesday at the Denton County Jail.

According to the affidavit, Thompson is accused of grabbing one victim by the neck, pushing her down with both hands and fondling her. Police say the victim had red marks on her neck.

"To get a hold of the situation, I would have to get a little physical and do my thing and leave," Thompson said.

Thompson said he committed the sexual assaults because he's addicted to pornography.

"I'd peep through a window and I would see her get up and she'd be in her sleeping gear. It would be like someone that reminded me of somebody in a scene," he said.

Thompson said he's not asking for forgiveness and even admitted to feeling relief that he was caught.

"I just want to say I'm sorry for ruining your lives and hurting you. I didn't mean any harm. I was just going through some things, and I didn't mean to hurt you," he said, addressing the women he's accused of assaulting.

The Denton police detective on the case said Thompson made the same admissions to police.

Thompson is currently being held at the Denton County Jail on $525,000 bond for five charges of burglary of a habitation with intent to commit a felony.