Austin Shuffield, the man accused of a beating caught on camera in Deep Ellum, was indicted on four charges Thursday by a Dallas County grand jury.

Shuffield was accused in March of beating L'Daijohnique Lee in a parking lot outside a Deep Ellum bar. A bystander recorded video of the incident that was soon shared online.

Police said Shuffield confronted Lee after the woman pulled into the parking lot to avoid driving the wrong way on one-way Elm Street. In the video, the man can be seen slapping the woman's phone out of her hand. She retaliates and hits him once; the man then punches her five times before walking away and kicking her phone.

The man accused of beating a woman outside a Deep Ellum bar last week was arrested and booked into jail Friday morning, according to jail records. A bystander caught the incident on video which has been circulating online.

In a news conference in March, Lee said she suffered a concussion in the attack and other injuries including swelling in her jaw, a black eye and an injury to her ear. Her attorney, Lee Merritt, said at the time she had been to the emergency room three times since the attack and had received referrals to a facial surgeon and a psychiatrist.

Lee said Shuffield walked around her car, photographed her license plate and may have learned where she lived. Merritt said his client felt unsafe inside her home and had been staying in a hotel. Merritt said in March the gun Shuffield was seen carrying in the video, his use of a racial slur and past social media posts all supported making the case against him a hate crime. 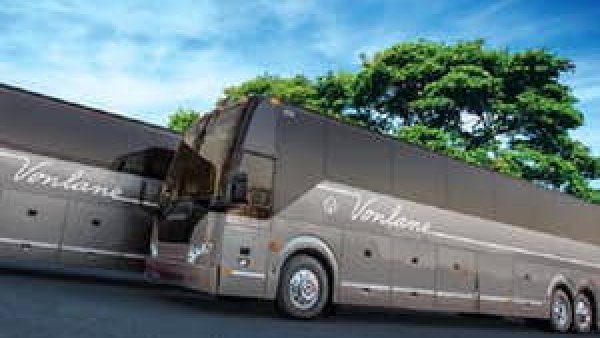 Vonlane is Adding Back Dallas Bus Routes to Houston, Austin

L'Daijohnique Lee, the woman attacked and beaten in a Deep Ellum parking lot last week, spoke publicly from her attorney's office Monday as activists call for more serious charges to be filed against her accused attacker.

On the night of the attack, Shuffield worked at a nearby business and, after the video was played publicly, was fired.

The attorneys representing Austin Shuffield, the man accused of a beating caught on camera in Deep Ellum, appeared in court Friday and offered the first public defense of their client.