Brett Maher got another shot on the final play of the game.

This time, he made it count.

Maher's 42-yard field goal as time expired Sunday gave Dallas a 22-19 victory over the Atlanta Falcons after the resurgent Cowboys squandered a 10-point lead in the fourth quarter.

A month ago, Maher clanked a 52-yarder off the left upright that would've forced overtime in a 20-17 loss to Washington. And he had to shake off a missed extra point earlier Sunday that gave the Falcons an opening to tie it up.

"I was confident," Maher said. "Every time I step on the field, the goal is to go one for one. Everyone in here is doing so much for our team. For the offense to be able to drive the ball down the field and get us in position again, and L.P. (snapper Louis-Philippe Ladouceur) and Chris (Jones, the holder) coming through like they always do, I was just happy to do my part."

The Cowboys (5-5) have won two straight on the road and trail Washington by only one game in the NFC East after the division leaders lost at home to Houston, 23-21. The teams meet on Thanksgiving Day with first place on the line.

"We've got a big one against as big a rival as there is in sports," Dallas owner Jerry Jones said. "We have a lot at stake there."

Atlanta (4-6) dropped its second in a row and now faces long odds to reach the postseason -- especially playing in the NFC South, where the Falcons trail New Orleans and Carolina. 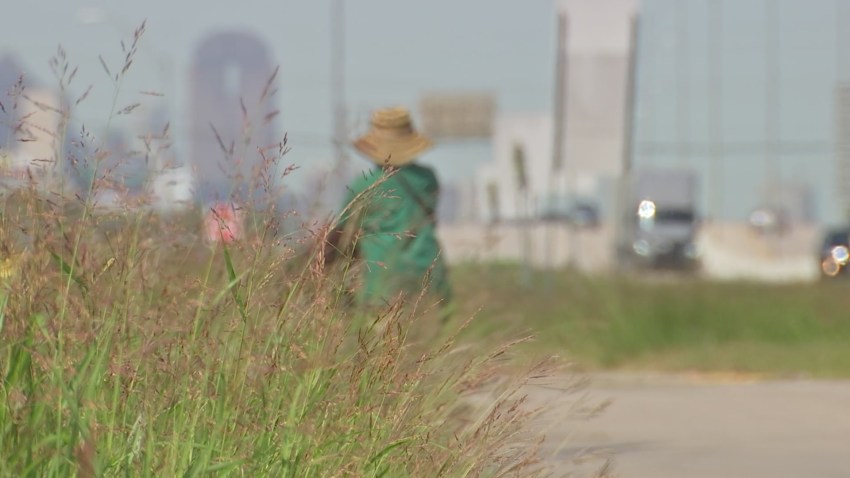 "It's aggravating," cornerback Robert Alford said. "We've got to learn to finish games."

Ezekiel Elliott had a huge day for the Cowboys in what was a defensive slugfest until a wild fourth quarter, with the teams combining for 26 points over the last 15 minutes. He had 122 yards rushing on 23 carries, including a 23-yard touchdown, and led the team with seven catches for 79 yards.

Matt Ryan threw a 34-yard touchdown pass to Julio Jones for Atlanta's only touchdown with 1:52 remaining to tie the game. But Dallas drove 51 yards in 10 plays, setting up Maher's winning kick as time expired .

After a field goal battle between Maher and Atlanta's Matt Bryant left the Falcons with a 9-6 lead heading to the final period, Dak Prescott and Elliott scored on a pair of runs to push the Cowboys to a 19-9 lead.

Grinding for every yard, Dallas needed 14 plays to cover 75 yards leading to Prescott's 4-yard scoring run after the quarterback faked a handoff to Elliott . Prescott had a couple of 17-yard passes -- one to Amari Cooper, another to Cole Beasley -- but no other play on the possession went for more than 5 yards.

Maher hooked the extra point, however, leaving the Cowboys with a 12-9 lead.

They quickly extended the margin. On Atlanta's next possession, Ryan threw a short pass to Calvin Ridley cutting over the middle. The ball was thrown a bit too hard, the rookie couldn't hang on and it ricocheted into the arms of Dallas linebacker Leighton Vander Esch . He returned his second interception in as many weeks 28 yards to the Atlanta 31.

"Some things happen so quick, just bang-bang plays, and you've got to be ready for them," said Vander Esch, a first-round pick of the Cowboys. "Sometimes, the ball bounces the right way."

Two plays later, Elliott darted through a big hole up the middle, shook off Falcons safety Damontae Kazee at the 15 and powered in for the touchdown . Maher connected on this extra point, giving the Cowboys a 10-point lead with 12:26 remaining.

It didn't hold up.

Suddenly coming to life offensively, the Falcons quickly drove to the Dallas 3 before settling for Bryant's fourth field goal, a chip shot from 21 yards. The defense forced a punt, and Atlanta finally made it all the way to the end zone.

Ryan lofted a pass to Jones, who somehow managed to come down with the ball despite tight coverage from Chidobe Awuzie . When Jones held the ball aloft to celebrate, Awuzie swatted it away in disgust.

In the end, it was the Cowboys who celebrated.

"I got through everything OK," Bryant said. "Obviously, I'd rather have the win."

INJURY REPORT
There appeared to be no serious injuries.

Dallas also had at least three players shaken up. Tackles La'el Collins and Tyron both left the game briefly, as did defensive lineman Tyrone Crawford.

UP NEXT
Cowboys: This will be the second time in the past three years that Dallas has hosted Washington on Thanksgiving Day. In 2016, the Cowboys prevailed 31-26. Overall, Dallas leads the series 70-45-2.

Falcons: Also have a short turnaround before playing Thursday night at division-leading New Orleans. Atlanta likely needs to win out to have any shot at making its third straight playoff appearance.